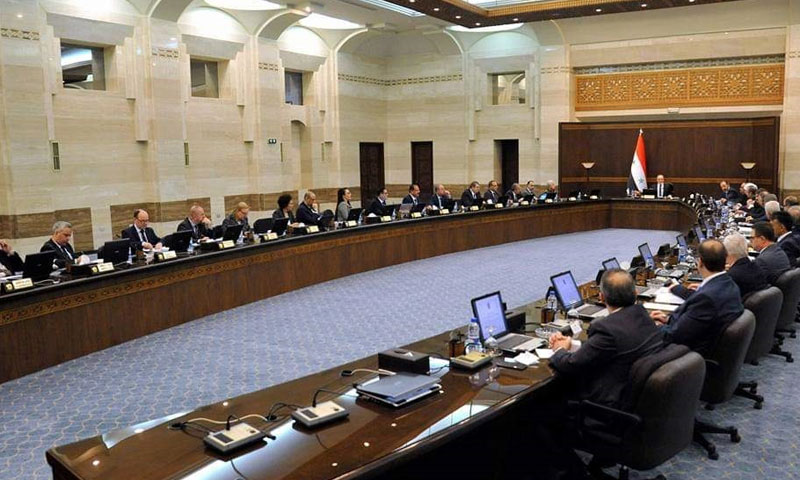 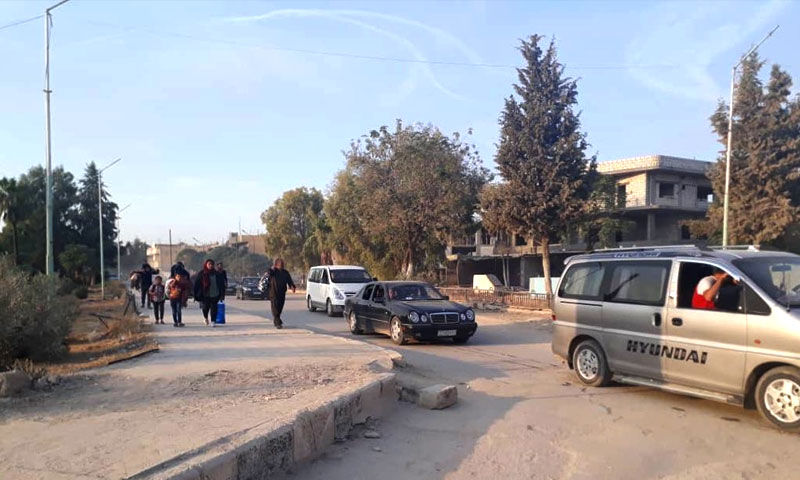 For ten years, the term “Offering of Syrian treasury bonds and bills for public subscription” has been repeated, the first being in 2010, when the offer was set to fund projects in the field of electric power. However, the start of the Syrian revolution and the country’s entry into the military battle has changed the goal of offering the bonds for public subscription.

In 2019, the Central Bank of Syria tried to keep the exchange rate of the Syrian Pound stable against the Dollar. However, the losses of the value of the Syrian currency have consecutively occurred in an unexpected reverse indicator with the advancement of the Syrian regime forces in the cities and towns of the northern countryside of Hama and the southern countryside of Idlib, until the exchange rate reached  700 Syrian Pounds against the Dollar in September, pushing Syria’s economy to a state of ‘coma.’

There have been conflicting statements between the Governor of the Central Bank of Syria, Hazem Karfoul, and his deputy, Mohamed Hamra: one confirming the intervention of the Central Bank in pumping foreign exchange to revive the Syrian Pound, and another denying the involvement of the Bank, “not even with one Syrian Pound.” In contrast, the statement of Prime Minister Imad Khamis on the war’s drainage of foreign currency in the State Treasury in 2016 raised questions about the value of foreign currency assets in the State Treasury, and whether the Syrian State’s bankruptcy has become inevitable.

There have been urgent solutions for the recovery of the Syrian economy, some of which came in the form of “donations” from businesspersons who had earned benefits from the Syrian war, such as Samer Foz and Samer Qatirji, amid the participation of former Syrian economy key figures, such as Samer al-Debs, Mohammad Hamsho and other figures. Other solutions came in the form of a study prepared by the Syrian Commission on Financial Markets and Securities, announcing the launch of the offering of public treasury bonds for public subscription, during the weekly meeting of the Syrian Council of Ministers on October 1.

The Council of Ministers decided to offer the State Treasury bonds and bills for public subscription. According to its official website, the Council of Ministers said on Sunday, September 29, that the demand to offer the Treasury bonds for subscription comes in order to fund investment projects in the economy and services sectors as part of a comprehensive review of the economic policy.

The government offering came after the major losses that affected the most vital sectors and the government’s inability at present to finance its projects, because of the suspension of production and the impossibility of reactivating it with the increase of economic sanctions imposed by the European Union and the USA.

What are Treasury Bonds?

Treasury bonds are defined as loans issued by the state and its institutions for public subscription, and the government collects their value from individuals (or entities).

These bonds are long-term (up to 30 years), and their purchasers are entitled to an annualized return in fixed interest.

Normally, bonds are used and offered for public subscription in order to generate economic development and provide the state treasury with proceeds, called “production loans” or “development loans.” They may be used by governments to finance their wars, under the name of “war loan” as did the Bank of England, when it offered treasury bonds for public subscription in 1693 during the war against France.

Countries usually pledge to pay interest on the subscription of their treasury bonds, at a fixed rate every six months, in return for the obligation to pay the value of the bond on the due date. This is carried out according to an assessment by credit rating agencies such as Moody’s and Standard & Poor’s Financial Services LLC (S&P) to estimate the risk margin in the economy of the concerned country and its ability to pay its obligations to creditors, which is called “credit risk.”

Most of the economic sectors in Syria have suffered significant losses during the past years of war. The cost of damage that affected state institutions exceeded 45,000 billion Syrian Pounds (87 billion dollars), stated Prime Minister Imad Khamis on the sidelines of the Third Trade Union Meeting to Face the Economic Siege on Syria, on September 8.

Khamis highlighted that around 28,000 government buildings and 188 factories and state-owned industrial companies have been totally or partially destroyed.

The industry sector also suffered two billion Dollars losses, according to the statement of former Minister of Industry, Mohammed Mazen Youssef, to Russian “Sputnik” last September. Referring to the oil sector, minister Ali Ghanem, estimated the sector’s direct and indirect losses to be 81 billion Dollars, during a speech he gave before the People’s Assembly, on October 3, 2019.

In 2010, the Syrian State’s move towards offering Treasury bonds and bills for subscription, in an attempt to finance infrastructure projects, was the first-ever. The decision was considered a deviation from the previous approach relying on the Central Bank for internal borrowing.

The Minister of Finance back then, Mohammed al-Hussein, declared during a press release that the State will issue Treasury bills for three and six months with a total value of two billion Syrian Pounds, equal to 42.6 million Dollars following the exchange rate of 2010.

He added that an auction of three bonds will be declared at a later stage, each worth one billion Pounds, worth 41.3 million Dollars, with a duration varying from one and three years to five years. He said these bonds will be used to fund electric power projects.

However, al-Hussein’s successor, Mohammed Jalilati, temporarily suspended the issuance of Treasury bonds in June 2012, under the pretext of the need for liquidity.

On June 2016, the Central Bank planned to issue Treasury bonds for subscription again after the Syrian Pound reached the rate of 600 Pounds per Dollar. The Credit and Monetary Board was assigned to reconsider bank interest rates and the matter of issuing Treasury bonds and bills.

On June 28, the Economic Committee of the Council of Ministers approved the proposals of the Ministry of Finance to issue Treasury bills for one year and below, and put them up for subscription during 2019, in order to “finance part of the needs and direct it towards investment projects with good economic returns,” said the Prime Ministry through its official Facebook page.

The feasibility of offering … A loss

During an interview with Enab Baladi, the Legal Counsel for Conflict Resolution Khalid Shabib tackled the importance of putting public Treasury bonds for public subscription in peacetime and its repercussions for the state in wars.

Shabib explained that Treasury bonds are issued by the state, and it is a normal means in peacetime to implement the annual budget plan, in return for a rewarding, guaranteed and safe interest, being issued by the State.

However, introducing Treasury bonds in the Syrian case is not feasible, according to Shabib, because of inflation levels as a result of what happened to the national currency, and the economy’s instability. All this made the subscription far from being implemented.

Shabib added that offering State Treasury bonds for subscription in time of war helps to finance and support the national economy and prevent it from collapsing. But, those bonds belonging to a state with a collapsed economy have no tangible value, since Syria it is occupied by several countries that deployed 39 military bases on its territory, and were involved in the destruction of infrastructure and caused the absence of economic activity, mainly traders and labor force.

Regarding the feasibility of offering Treasury bonds in Syria and possible buyers, Shabib clarified: “Public Treasury bonds are not restricted to Syrian businessmen at home or abroad or to a particular country, such as China or Russia. Who would buy Treasury bonds of a state with collapsed economy, witnessing the degradation of the Syrian Pound day by day and swallowed by terrible inflation?”