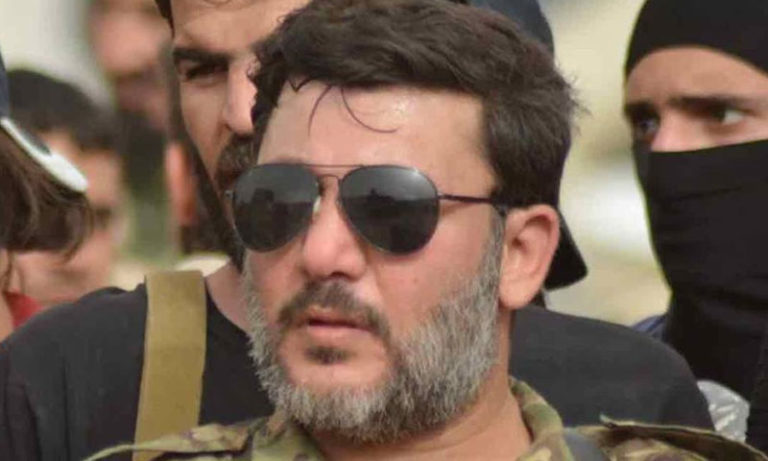 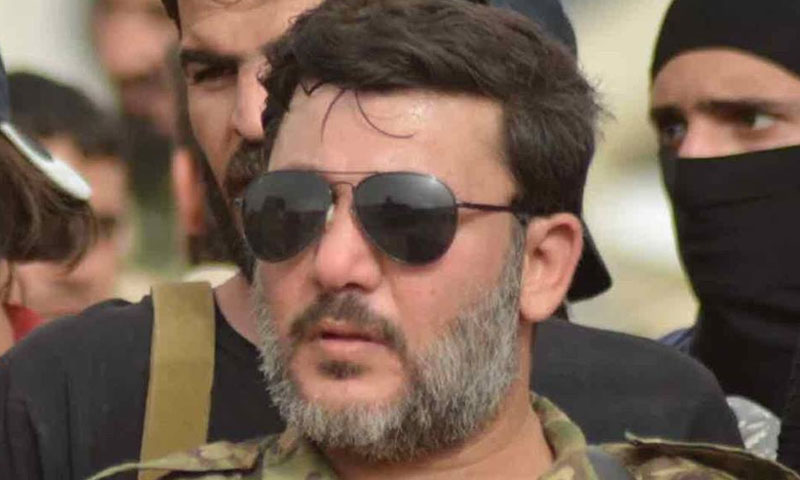 “Yes, we have lost the military battle in the south, for thousands of reasons, but we have not lost ourselves and our will,” said the former leader of the Free Syrian Army in Daraa, Adham al-Karad, in July, a year after opposition factions lost control over Daraa Governorate in favor of the Syrian regime, through a Russia-sponsored settlement agreement.

Adham al-Karad, called “Abu Qusay,” served as the commander of the “Engineering and Missile Battalion,” and was one of the commanders of the operations room of “al-Bonyan al-Marsous” in the southern front, during the control of the opposition factions over the area before July 2018. Al-Karad then participated as a member in the settlement committee, to become now a prominent oppositionist under the regime’s eye.

Al-Karad has repeatedly returned to the forefront, either for his statements via Facebook or for his controversial positions. His car had recently been hit by an improvised explosive device by unknown people, without being injured because he was not in the car during the explosion.

No party has claimed responsibility for the incident, which took place on September 12, and al-Karad commented on the incident by only mentioning it on his personal page and denying to be described as “one of the godfathers of reconciliations in Daraa” by one of the media outlets.

“I am not a godfather of reconciliations. If I really was, they would have not targeted me. We are rebels from the city of the birthplace of the revolution. We have acquiesced to the settlements under international pressure and have not abandoned our cause,” al-Karad commented.

“Enemy of Russians makes truce with them”

Al-Karad, who said “Moscow falls and Daraa will not,” joined the settlement agreement with the Russians themselves.

During the battles of Daraa in July 2018, prior to the signing of the settlement agreement with the Russian side, the leader Abu Qusay said: “Horan did not and will not make a truce,” describing the people who resorted to reconciliation with the regime as “the shadow people who have been influenced by the regime’s threats,” in an interview with Enab Baladi about the importance of confronting the military campaign on Daraa, and urging the fighters to defend the land and dignity.

The opposition factions in Daraa signed an agreement with the Syrian regime and the Russian side in July 2018, which stipulated the remaining of the faction fighters, who wish to, inside the governorate and the exit of those who refuse to Idlib. The agreement also included a number of items, the most important of which was releasing detainees from prisons, not pursuing wanted persons after settling their situation and lifting of the security restrictions on the population.

During that period, al-Karad was a member of the settlement committee. As a result, he stayed in the city of Daraa, to start a “new revolution,” through his Facebook page, through which he stresses on the constants of freedom and dignity Daraa has sought since eight years.

From militarization to “peace”

In August 2018, al-Karad took part in a popular demonstration, the first of its kind in the square of the Great Omari Mosque in Daraa al-Balad district, chanting against the city’s regime forces volunteers and calling for the release of detainees from prisons.

Al-Karad also expressed his rejection of the participation of Daraa residents in the regime forces’ formations, during the battles against the opposition factions on the fronts of Idlib and Hama, and threatened with a civil disobedience through his Facebook page in June, saying: “Daraa will not sacrifice its sons to be made firewood for your projects.”

He explained at the time: “We have three youth categories affected by what happened: the dissidents, the reserve military soldiers and the compulsory service soldiers. As long as there are ongoing battles in Idlib, and since our sons who believed the decision of amnesty and hastened to join the military were deceived, Daraa will not hand over its sons to be made firewood for your projects, which are rather close to civil disobedience. Make your projects without human sacrifices,” as he put it.

Al-Karad also criticized Russia’s behavior in the conduct of the settlement agreement. He said on Facebook, on October 6, 2018, that Russia is procrastinating in the achievement of its promises in Daraa Governorate, especially in the file of detainees. He added that this file is still pending and “orbiting in a vicious circle.” The Russian promises were no more than the word “we will ‘try,’ which is full of procrastination.”

In April, al-Karad talked about receiving an official lawsuit to surrender to security services or else he would be arrested or forcibly brought. The lawsuit was filed by the Commission for the Documentation of Crimes and Terrorism of the Syrian Ministry of Justice.

According to the content of the lawsuit, al-Karad is accused of intercepting civilians and children in the incident of Dhat al-Netakayn elementary school in 2016, in the area of al-​​Sahari in the city of Daraa, according to what he said at the time via Facebook.

The former leader added: “I have reviewed the history of the struggle of the faction that I had been its leader or one of its members in the Free Syrian Army, but I realized that it is free from legal or moral defects or assault as you mentioned, and I did not find among its members any terrorists.”

He demanded the immediate cancellation of the lawsuit filed against him for being “invalid,” and as he is part of the settlement agreement concluded with the Russian side and the Syrian regime, which prevents the arrest of its members. He also accused the prosecution of falsification, fabrication, defamation and slander, demanding appropriate compensation.