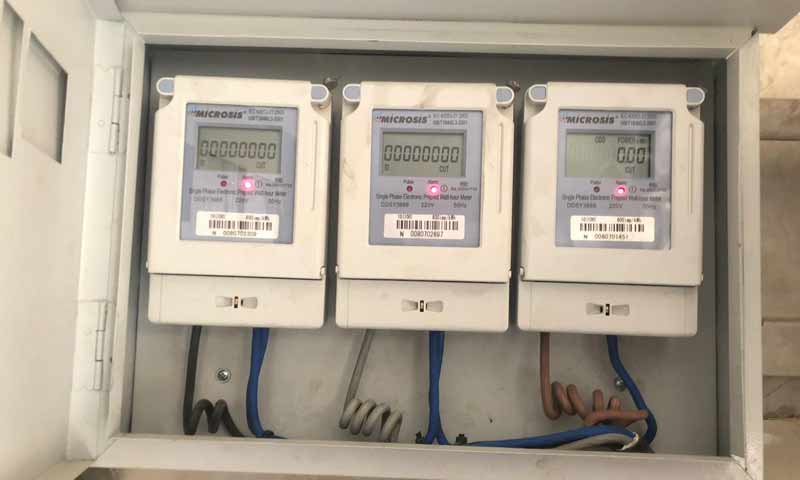 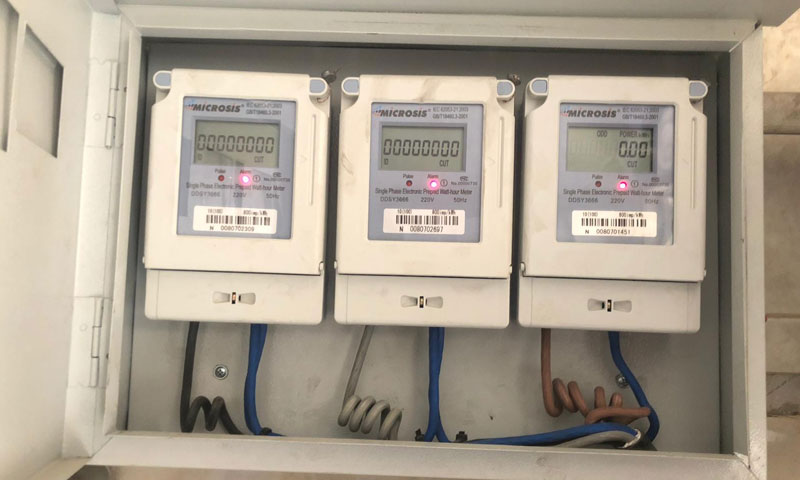 Ahmad al-Halabi, a resident of the city of Azaz in the northern countryside of Aleppo, took part in a demonstration on Sunday 14 July, along with hundreds of citizens, to protest the high prices of electricity set by the Turkish company AK Energy, which entered into an investment contract to supply electricity to the area in April of 2018.

Al-Halabi, reminisces about the prices he paid for electricity with the metered generator system, and the new prices set by the Turkish company, explaining to Enab Baladi that the difference is “substantial.” In the past, he did not give much consideration to the monthly bills he would pay, but at the moment, a large portion of his income is allocated to paying for electricity. All households Azaz gained access to electricity after the full implementation of the project by the Turkish company and the installation of meters to subscribers.

Al-Halabi said that the majority of Azaz residents share his view on the difference in prices between the past and the present time. The subscription cost currently stands at about 1,000 Turkish liras, and the monthly bill per household is approximately 300 Turkish liras, which he considered “a big difference compared to the ampere system.”

Alaa Hussein, also a local of Azaz, told Enab Baladi of the high cost of electricity in the city, with prices being set by the Turkish company after the completion of the project and extending the grid.

He indicated that each household in Azaz must pay 150 Turkish liras every 20 days, which only suffices to power lighting. The service falls short of being able to power electrical appliances and water heaters, which increases the suffering of citizens due to prices being disproportionate with the incomes of citizens, as he put it.

The Company Enters into a Verbal Contract

The citizens who took part in the demonstrations demanded a reduction in the price and subscription fees, and called on the Local Council in Azaz to pressure the Turkish company into reducing the price of electricity in line with the livelihood situation of the people of the city and the displaced who reside in the area.

The demonstrations were followed by a meeting between locals and members of the Local Council in which the residents presented complaints about the high electricity prices. The council expressed its interest in the issue and promised to follow up with a delegation representing the residents which will meet with the governor of Kilis and officials in the electricity company.

According to the Enab Baladi correspondent in the countryside of Aleppo, the Local Council said that the agreement with the electricity company is preliminary and not final, claiming that it does not agree with the company on several aspects, and that no final agreement was reached on the issues of taxation and prices.

The Local Council demanded the Turkish company to provide official departments with electricity free of charge, in addition to lighting the roads. The correspondent explained that locals and members of the Council discussed solutions to address the issue of electricity, and promised to resolve it, only after the meeting with the governor and company officials in the coming days.

The director of the independent Azaz Media Office, Abdelkader Abu Yousef, told Enab Baladi that the Turkish company had entered the electricity supply project in Azaz at a time when previous demonstrations by the people against the Local Council demanded its dissolution, and later turned into a sit-in in August of 2018.

Abu Yousef added that the circumstances in which the company entered into the investment contract had bad consequences. No official contract was struck with the Local Council, but rather it came in the form of a verbal memorandum, or what could be considered a preliminary contract between the two parties.

Abu Yousef explained that the company began to charge electricity fees at high prices immediately after the completion of the project, and the price per kilowatt exceeds 85 piasters and even reaches a Turkish lira, while subscription fees were set at the equivalent of 100 thousand Syrian pounds.

This led to widespread public discontent. According to Abu Yousuf, the Turkish electricity company claims that it does not obtain sufficient profits as a reason for not reducing prices, due to the inadequate consumption by the people of the city.

The Local Council is also affected by the high prices of electricity set by the Turkish company, as it also pays fees for its affiliated institutions, mosques and public utilities. This is despite the fact that the company used the public grid which was extended in the region in previous years, and the project was limited to the establishment of the power plant connected to the grid.

A Proposal to Supply Electricity from Turkey

The meeting which brought together locals of Azaz and Local Council officials suggested, as one solution, that electricity be imported directly from Turkey due to the very light consumption rate in the city, estimated at 4.5 megawatts in the newly-served countryside, which affects the company’s ability to profit and reduce prices.

According to the Enab Baladi correspondent, quoting residents of Azaz, a proposal is currently being studied to directly import electricity from Turkey, but without a specific timeline until today.

The conclusion of the meeting was the agreement to hold a meeting with the governor of Kilis and officials at the electricity company, and then to agree on the means of resolving the problem by the Council and the people after the clarification of the picture in full.

The First Such Contract in the Aleppo Countryside

In April 2018, a private Turkish company entered the city of Azaz and signed a contract to implement an electricity supply project, the largest of its kind in the area.

The project came within a contract signed by the Local Council in the city with AK Energy, the private Turkish company, and the two sides were mediated by the Kilis province, with the company promising to feed 30 million megawatts in exchange for being provided the land and raw materials necessary for the project.

At the start of implementation, the full cost of the project reached about $7 million, with a ten-year contract.

In an earlier interview, Haj Omar told Enab Baladi that the Council is an administrative partner, while the Turkish company is mandating with all other tasks.

He added that the Council provided the land for the thermal power plant, and administrative and storage facilities, in addition to materials such as copper and aluminum, and cables at a value of 400 to 500 thousand dollars.

A subscriber is entitled to electricity only after registering in the company. Later, the documents are authenticated directly in the Council which is responsible for communication between the citizens and the owners of the project.