Enab Baladi Lunches Round 3 of “Practice” Scholarship for Journalistic Training 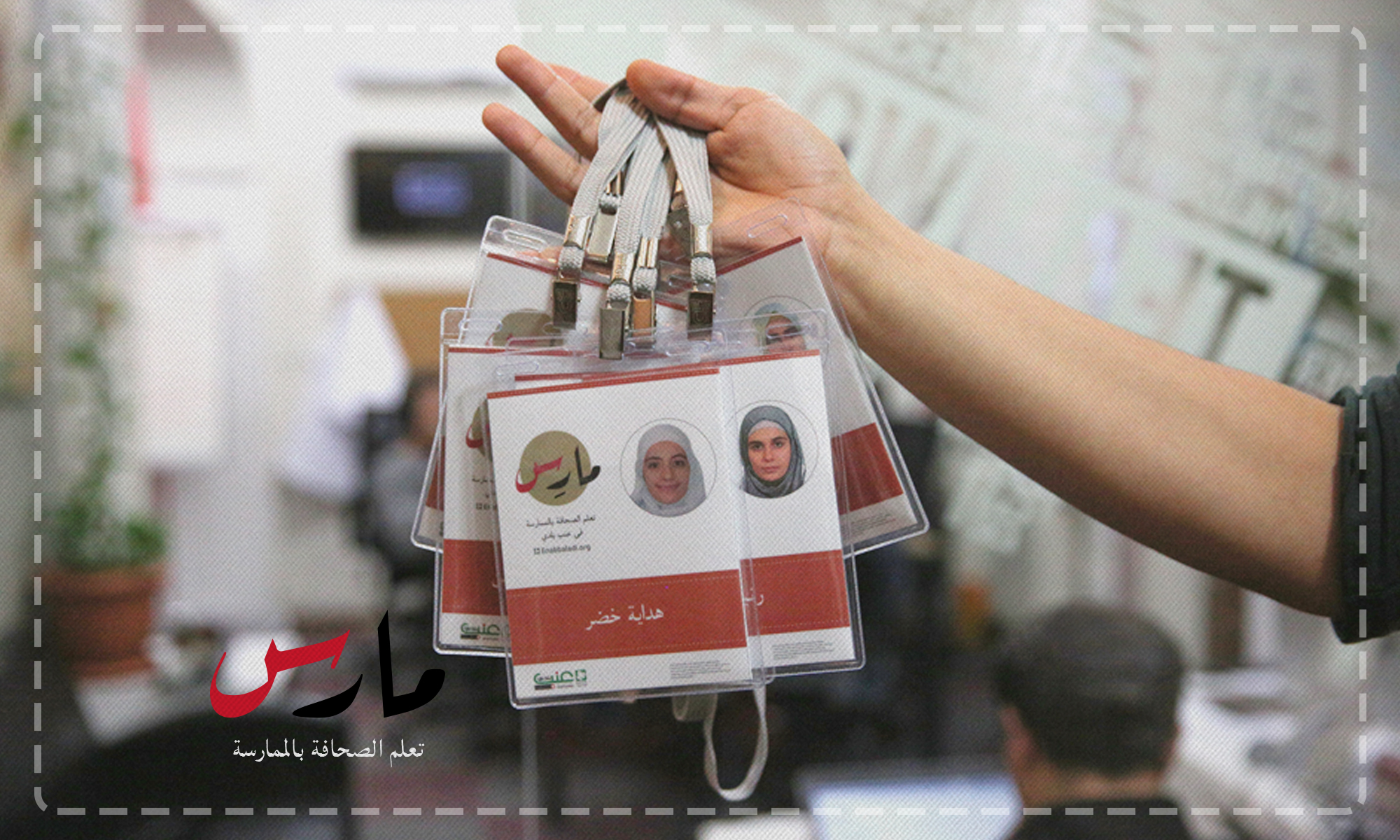 On Sunday, March 10, 2019, the third round of “Practice”, a journalistic training program, kicks off with the participation of eight women trainees, who have been awarded the scholarship, as to indulge in the experience of learning journalism through practicing it, during which they will be receiving practical training at the offices of Enab Baladi organization.

The awardees have taken the admittance test last week, meant to define their linguistic skills, general knowledge and their desire to learn journalism. They have been chosen out of 26 applicants:

“Practice” program targets students and new university graduates, offering them the opportunity to have a practical training and practice journalism as a profession within the editorial and media production rooms at Enab Baladi organization, so as to prepare them to enter the media labor market.

The training process under “Practice 3” is to take place at Enab Baladi’s offices in Istanbul for six ongoing weeks, during the first three of which the women trainees are to receive practical training in the newsroom on news writing, journalist editorial writing, conducting journalistic interviews, in addition to the ethics of media practice and the standards of international journalism.

In the fourth week, the trainees are to learn the basics of scriptwriting, photography and video editing, to produce video feature stories, in addition to the basics of running e-content.

During the training’s duration, Enab Baladi covers the transportation fee from/to the training center, and it provides them with all the tools and supplies needed for the learning process: computers, cameras, recording equipment, in addition to the useful education and learning materials, as well as training resources.

“Practice 3” also awards the trainees who pass the final examinations, a monetary grant of 2000 Turkish Liras.

In the end of the program, Enab Baladi grants the trainees who pass the final tests an accomplishment certificate; they will also be offered a period of three months of follow up and supervision, through which feature stories and journalistic investigations are to be produced to be published on “Practice’s” platform, allocated especially for publishing the trainees’ materials. Enab Baladi will also offer them recommendation letters and will nominate them for positions at media outlets.

Enab Baladi launched “Practice” training program in August 2018, under the two first rounds of which 17 women trainees graduated, fully equipped to indulge in the media labor market and are capable of producing news, reports, feature stories, in addition to videos.