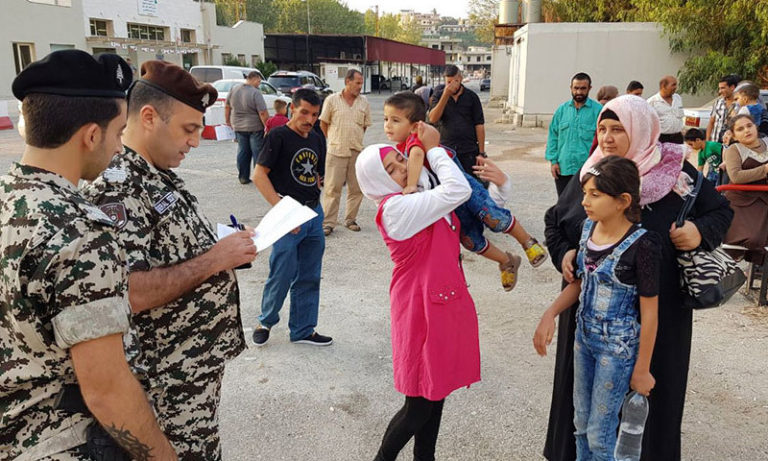 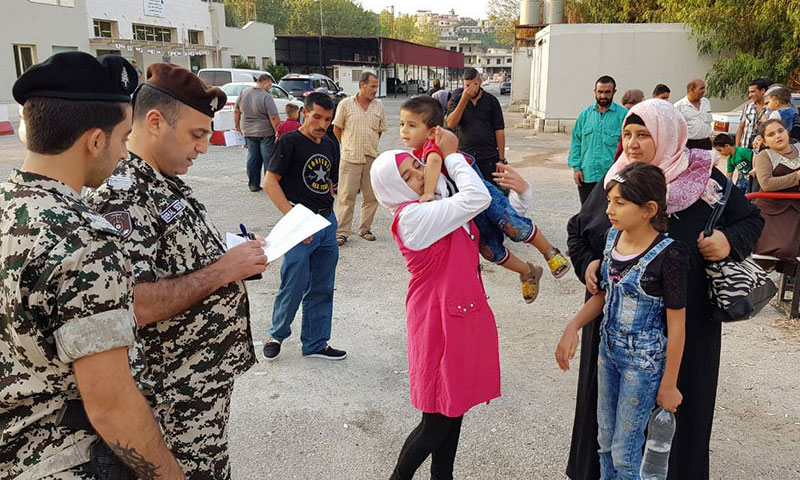 Saleh al-Gharib has started his new duties in the presidency of the Ministry of “Displaced Syrians” in Lebanon without an official extradition protocol. He has been surrounded by accusations, suspicions, concerns, and claims that he has ties with the Syrian regime and the “Aounist” movement, which calls for the repatriation of Syrian refugees.

Amid difficulties of the formation of the Lebanese government, on 31 January, Lebanese Prime Minister Saad Hariri has been forced to provide concessions to fill the eight-month government gap in the country. The most important of these concessions is the handing over of the Ministry of “Displaced Syrians” to a close person to the Free Patriotic Movement (Aounist party), which demands for the repatriation of refugees, after the ministry was in “trustworthy” hands that advocate the refugees’ rights and disclose Lebanese and Syrian practices to pressure them on the matter of repatriation.

Ministry of “Displaced Syrians” in Lebanon has moved from Mu’in al-Marabi, a member of the Future Movement rejecting Hezbollah’s practices in Syria, to Saleh al-Gharib, who is close to the party and the Syrian regime. As a result, this thorny controversial issue has entered into a vicious circle, with which the Lebanese statements have intensified and increased the Syrian refugees’ fears.

The new minister, Saleh al-Gharib, has officially received his ministerial position on Monday 11 February, but without the usual protocol that stipulates the former minister’s attendance of the appointment event to hand the new minister over the ministerial portfolio.

Al-Marabi said he would not allow himself to hand over the ministry to the representative of the Syrian regime in the Lebanese government. He refused to shake hands with his successor, and preferred to leave the ministry with his “little” efforts that nonetheless do not hide his support for the Syrian refugees and his refusal to pressure them to return to their country.

This position has angered the al-Tawhid al-Arabi Party, to which belongs the new minister Saleh al-Gharib. The party issued a sharp-worded statement accusing minister al-Marabi of embezzlement of the funds provided to the Syrian refugees in Lebanon, investing their presence and preventing them from returning to their country in order to take advantages of the funds provided to them.

According to the statement that the party published on its official website, “Minister al-Gharib, who grew up in a house full of sheikhs of piety, faith and devotion … is not at all honored by the handshake of a minister who has become a prominent figure of corruption, conspiracy against the displaced, and the abuse of their rights.”

Commenting on the controversy, Lebanese journalist Jad Yateem believes that former minister Mu’in al-Marabi decided to breach the protocol from what he considers a “moral” standpoint. Al-Marabi does not want to witness the handover of the ministry to someone affiliated to the Syrian regime’s trend in Lebanon, in reference to Hezbollah and its affiliated Lebanese forces.

Yateem said in an interview with Enab Baladi that when Saleh al-Gharib met with Lebanese President Michel Aoun, he pledged to resolve the Syrian refugee issue in coordination with the Syrian regime, which has been rejected by the former minister.

The new minister is expected to complete a Syrian refugees’ repatriation plan initiated by the Lebanese public security in the middle of last year, which stipulates the registering of the names of the refugees wishing to return to their country at the Lebanese municipalities and the ensuring of their return to their villages in Western Qalamun and Homs, in coordination with the Syrian regime and its security authorities.

Humanitarian and human rights organizations are concerned about the fate of the refugees returning to Syria, especially that the Syrian regime does not allow these NGOs, including the United Nations, to accompany the refugees during their return in order to make sure that their living and security conditions are stable.

How can the new minister affect the refugees’ file?

Saleh al-Gharib’s closeness to pro- Syrian regime Lebanese parties raised concerns among the Syrian refugees, amid questions about what will happen to them as a result of the radical difference between the former and current ministers’ orientations. Nevertheless, the deteriorating situation of Syrians in Lebanon cannot take any further pressure.

However, journalist Jad Yateem sees no radical changes in the refugees’ issue, since Lebanon is obliged under its constitution to abide by international treaties and conventions that prohibit exerting any pressures on the refugees to return to their homelands under the name of “voluntary repatriation”.

He added that the Lebanese government, which agreed to implement the Russian plan on the return of Syrian refugees to their country, will be able to abide by them only in accordance with the United Nations Security Council resolution 2254.

He continued: “Lebanon cannot depart from the international resolution and from the decisions of the United States and the European Union”, as the Lebanese authorities believe that it is still too early to talk about the return of the Syrian refugees around the world to their country.

Thus, according to Yateem, the new minister’s directions may affect Syrian refugees in some aspects of their daily life, such as making unjust decisions at the legal and social levels, or pressuring them to return to Syria. Yet, the new minister will not be able to change the general strategy or contradict the international system that considers Syria as “unsafe yet” for the return of the Syrians.

At the same time, the Syrian organizations operating in Lebanon have noticed concerns among some Syrian refugees following the arrival of the new minister. Anas Talelo, advocacy and outreach officer in “Women Now for Development”, believes that the refugees in Lebanon are concerned about the possibility of forcing them to return to Syria.

Talelo told Enab Baladi that those fears remain baseless as long as there is no formal political decision to force the return of refugees.

He called on international and local civil society organizations operating in Lebanon to emphasize international standards of the refugee’s return, provided that it is “voluntary, safe, and dignified”, noting that these NGOs should monitor and report on infiltrations and pressures exerted against the refugees; in addition to monitoring the situation of the returnees in order to observe and document the violations they are exposed to before the international community.

The new minister holds “the Syrian regime’s color”, what about the former one?

The appointment of the new minister, Saleh al-Gharib, as head of the Lebanese Ministry of State for Displaced Affairs, has ignited some internal reactions and sparked controversy over the effectiveness of the former minister in serving the interests of the refugees, on the one hand, and the new changes that can be made by al-Gharib, on the other.

The president of the Progressive Socialist Party and former MP, Walid Jumblatt, criticized the appointment of Saleh al-Gharib in this position due to his closeness to the Free Patriotic Movement, which calls for exerting pressures on the Syrian refugees to return to their country.

Jumblatt, who described al-Gharib as holding “the Syrian regime’s color” during a meeting with his parliamentary bloc on February 3, stated: “We will keep fighting and we will not give up protecting the Syrian refugees. We will not be dragged behind the desire of the Syrian regime’s team in the ministry to throw the Syrian immigrants to a Holocaust and to prisons.”

Lebanese Foreign Minister Gebran Bassil reiterated his escalating rhetoric against the Syrian refugees saying that their presence in Lebanon had financially “consumed” the local economy, which lost up to 40 percent of its GDP.

As soon as the 2019 budget plan was released, the Lebanese Prime Minister, Saad Hariri, stated that the Syrians were exempted from the plan, calling on international donors to provide them with the necessary aids.

In view of the criticism the new minister, Saleh al-Gharib, is subjected to, many questions are raised. These questions are about the extent to which his predecessor, Mu’in al-Marabi has addressed the file of the Syrian refugees and protected them.

The Lebanese journalist Jad Yateem believed that, occupying the position of a minister, al-Marabi has significantly contributed to providing refugees with the possible facilities, especially with regard to the distribution of aid and the allocation of specific projects that work in their favor.

In an interview with Enab Baladi, Yateem said that al-Marabi could not bring about a radical change because, after all, he must stick to the decisions of the Lebanese state to which he is a part, but his contribution to improving the daily life of the refugees cannot be denied.

Mu’in al-Marabi is one of the most prominent members of the Lebanese Future Movement. He was born in Akkar in 1959 and graduated in civil engineering from the American University of Beirut in 1977.

He was close to former Lebanese Prime Minister Rafiq Hariri and participated in most of Hariri’s campaigns to remove the devastation caused by the 1982 Israeli war on Lebanon and eliminate its remnants. 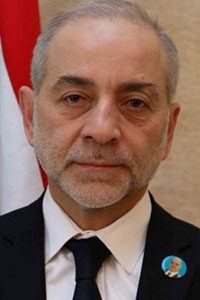 He started his career as a politician in 2009, when he was elected as Akkar MP, as part of the Sunni mainstream in the country. He was appointed as Lebanese Minister of State for Refugees Affairs in 2016 and remained in office for two years.

Al-Marabi has been well-known for his anti-Hezbollah stance, criticizing the party’s fighting next to the Syrian regime on Syrian soil. He also held Hezbollah responsible for the displacement of a large number of Syrians from the western regions of Western Qalamun and Homs to Lebanon.

In an interview with the London-based newspaper al-Hayat last November, al-Marabi revealed several sectarian crimes the Syrian regime has committed against returnees from Lebanon to Syria. He referred to three Syrians who returned to the village of Barouha in the countryside of Homs eight months ago, and were eliminated for “unknown” reasons.

Who is Saleh al-Gharib? 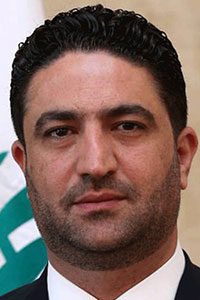 The new minister, Saleh al-Gharib, belongs to the Arab Democratic Party, affiliated to the Druze mainstream in Lebanon, namely Talal Arslan’s, which is close to the Lebanese Hezbollah.

Al-Gharib was born in 1980 in the village of Kfarmatta in Mount Lebanon governorate, as the nephew of the Shaykh al-Aql of the Druze, Nasr Eddin al-Gharib.

He holds a degree in Business Administration from the Lebanese American University in 2002. He participated in the name of Lebanon in many scientific conferences and seminars abroad, as general

Al-Gharib’s   political career has not been that long. He was appointed early this year as minister of the Syrian Refugees in Lebanon. His name was introduced as a “middle name” agreed upon by the both Druze poles in Lebanon, Talal Arslan and Walid Jumblatt.

Jumblatt, however, quickly disavowed al-Gharib by accusing him and criticizing his appointment to the ministry, pointing out that he was close to the Syrian regime and to Hezbollah. 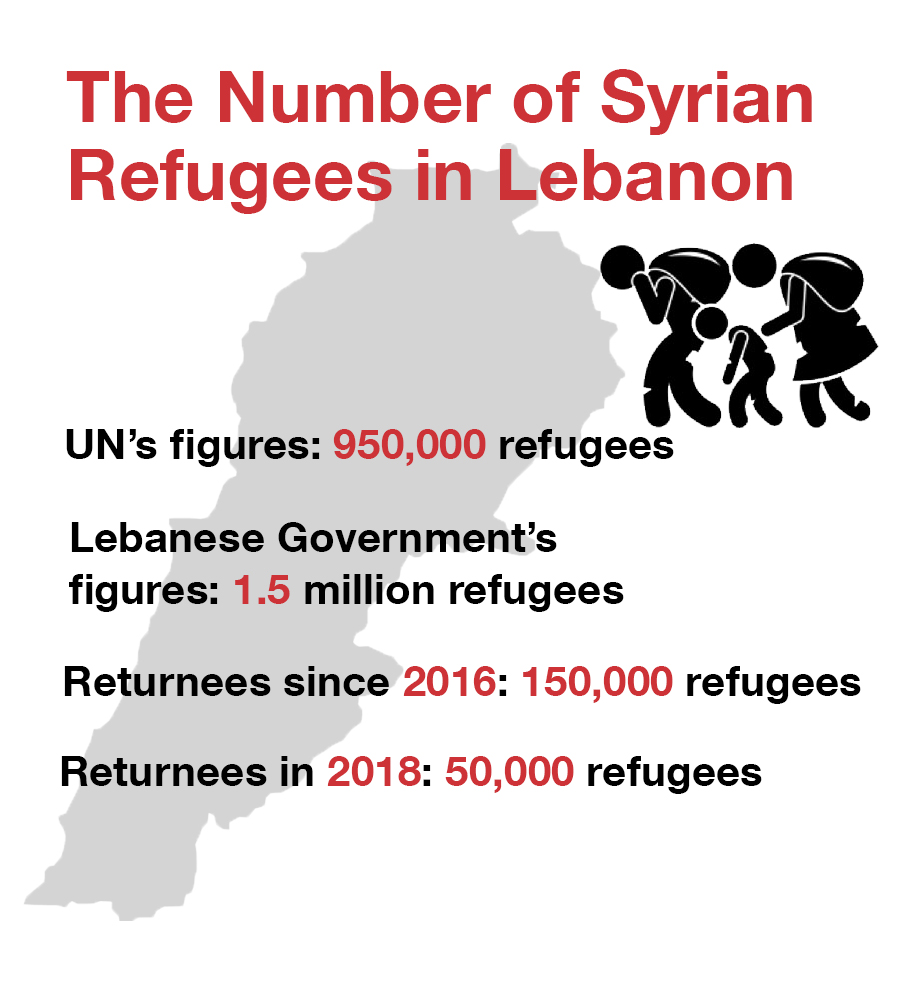