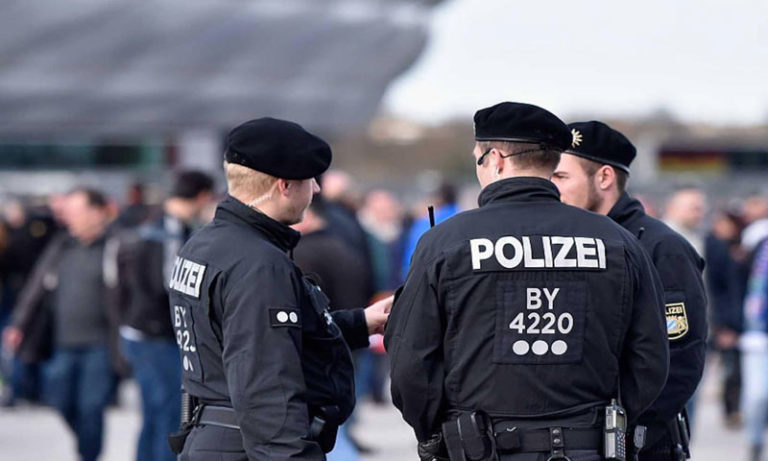 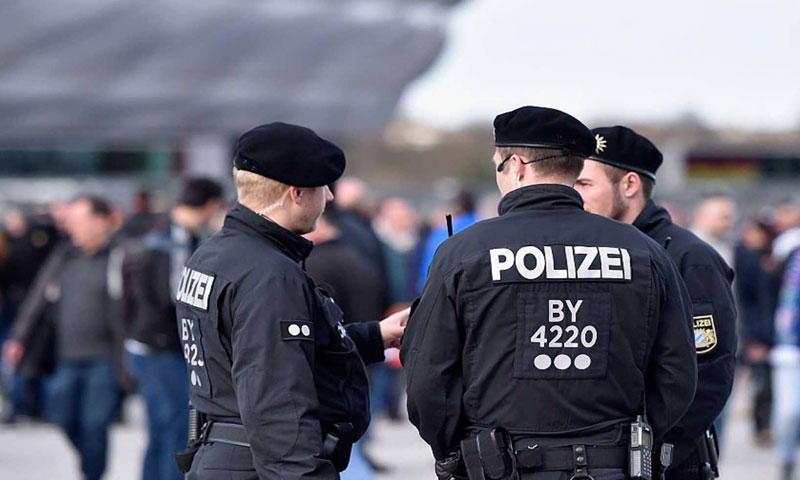 The lack of international effectiveness in establishing an international court to hold accountable those involved in violations in Syria has prompted the European judiciary to use individual powers to hold individuals accountable for committing “crimes against humanity.” This has been carried out thanks to human rights efforts that have gathered evidences, documented violations, and handed files to the European judiciary.

The arrest of Syrian officers in Germany, who had previously worked for the Syrian regime’s security apparatus, has raised the hopes of the Syrian victims to end the impunity that has persisted over the past seven years in Syria. In contrast, this has raised the fears of others, who had previously worked for the regime and then split from it and chose Europe as a refuge for them.

German authorities carried out a security operation on Wednesday, 13 February in the cities of Berlin and Zweibrücken, during which they arrested two Syrian intelligence agents, Anwar R. (56) and Iyad A. (42).

The two arrested agents are accused of committing “crimes against humanity” when they worked for the Syrian regime’s security apparatus in 2011 and 2012. They then split from it and came to Germany in 2012, and then obtained the right of asylum after applying for it.

Hussein Ghurair, a former prisoner in the Syrian regime’s prisons and one of those who testified against Anwar and Iyad before the German judiciary, told Enab Baladi that he and six others had encountered Anwar in Germany by coincidence. They then resorted to the European Center for Constitutional and Human Rights (EECHR) to file a lawsuit against him.

According to Ghurair, the two detained agents are involved in the torture and killing of detainees in Branch 251, known as Khatib Branch, during the popular protests in Syria in 2011. Anwar, who held a colonel rank, was in charge of the investigation unit, while Iyad led a team to arrest the demonstrators and hand them over to Syrian intelligence centers in Damascus.

Ghurair added that he was one of the six survivors of the arrest in Khatib Branch whose testimonies the Federal Criminal Police Office of Germany had listened to. The German prosecutor considered that the evidences were “sufficient” to arrest Anwar and Iyad and convict them for committing “crimes against humanity,” participating in the torturing of hundreds of detainees and killing at least two of them, according to available evidences.

“Dissidence does not exonerate perpetrators from precedent crimes”

The arrest of Anwar and Iyad in Germany has raised the concerns of the Syrian regime’s dissidents about the possibility of holding them accountable for acts they were “forced” to commit while working for the regime.

Retired Syrian captain and former detainee, Abdel Nasser al-Ayed, posted on his Facebook page the news of the split of Colonel Anwar R. from the Syrian regime, in 2012, noting that he was forced to implement the instructions of the regime and that he was “more merciful” with the detainees.

Al-Ayed mentioned details about his encounter with Col. Anwar in Khatib Branch, saying, “I have been always wondering why this intelligent, educated and honest man did not split from the regime. However, when I remember the extent of security and fear that have been surrounding that place, I realize he has an excuse for that.”

However, Lawyer Ibrahim al-Qassim, who works at the EECHR, and the prosecution’s legal representative in the lawsuit against the three detainees, said in an interview with Enab Baladi that anyone’s dissidence from the Syrian regime does not exonerate them from accountability in case the judiciary proves that they had committed crimes when they were in position.

Al-Qassim added that it should be stressed that each defendant must be presumed innocent until proven guilty, noting that war crimes and crimes against humanity are not subject to the statute of limitations, in addition to the fact that the act of splitting from the regime does not necessarily mean neglecting the crime and the victim’s rights.

Confidentiality of the investigations no longer protected due to the Internet

Lawyer Ibrahim al-Qassim refused to discuss the details of the lawsuit filed against the three detainees, justifying his stance by the necessity of maintaining the secrecy of the investigation in order to protect the plaintiffs, the witnesses and the evidences, in addition to the rights of the detainees themselves. Thereof, the German judicial authorities have published the first names of the suspects without revealing their last names in order to protect their families’ privacy.

Al-Qassim stressed the need to abide by the statement of the German authorities, which mentioned only the first names of the detainees and the charges against them. He pointed out that the final verdict is pronounced solely by the judiciary that can formally condemn the defendants, acquit them or consider the evidences as insufficient to maintain a trial.

He indicated: “We, as law specialists, sought to provide sufficient evidences to the German judiciary, which is the final judge,” asserting that the EECHR based its case on the witnesses’ testimonies, the victims, and evidences that could not be disclosed for fear of weakening the case.

Al-Qassim, who is a founding member of the Caesar Files Group and works for the EECHR, stressed the fact he will continue to file similar lawsuits against the parties and individuals suspected of committing “crimes against humanity” in Syria and currently living in Europe.

Al-Qassim told Enab Baladi that since March 2017, the EECHR has initiated similar legal proceedings in Germany, France, and Austria. Thus, another lawsuit is due to be filed in Sweden next week.

What are the powers of the European judiciary?

In recent months, the European judiciary has been probing cases filed by former detainees against some officials of the Syrian regime. However, the European courts rarely issue penalties against these officials, except  for what happened in Germany and earlier in France.

Last May, the German public prosecutor issued the first international arrest warrant against personalities known for their affiliation to the Syrian regime, namely, General Jamil Hassan, Head of Air Force Intelligence Directorate,  after a number of former detainees filed a criminal complaint against him.

In November, the French judiciary issued an international arrest warrant against three senior officers in al-Assad regime, who are respectively, Ali Mamlouk, Head of Syria’s National Security Bureau, Jamil Hassan, Head of the Syrian Air Force Intelligence Directorate, and Abdel Salam Mahmoud, who is in charge of the Air Force Intelligence investigative branch.

Recently, there has been some news about security coordination between France and Germany to prosecute the perpetrators of “war crimes” in Syria; knowing that the recent security operation undergone in Germany coincided with another operation in France, during which a Syrian, who worked for the Syrian regime’s security services, was arrested.

Such legal actions have raised questions about the validity of the European judiciary’s jurisdictions regarding the trials held against non-European citizens who are accountable for crimes committed outside the European territories and against victims who are not Europeans, too.

Al-Qassim explained that some European countries have adopted a principle called the universal jurisdiction, which is a law that empowers those European states to investigate crimes committed outside its territories, even if the offender or the victim is of foreign nationalities.

He continued: “These countries should play a necessary role in holding those involved in crimes against humanity and war crimes in Syria accountable and to prevent the possibility of letting the criminals get away with their violations due to the failure of an international judicial body to pursue them.”

It is noted that, over the past seven years, the United Nations has sought to establish an international court for Syria or refer the Syrian file to the International Criminal Court. However, this project has always been hindered by means of a Russian veto which summarizes the ongoing Russian support for the Syrian regime at militarily and political levels since the beginning of the Syrian revolution.