Cards for fuel distribution in Syria: Smart or unintelligent solution? 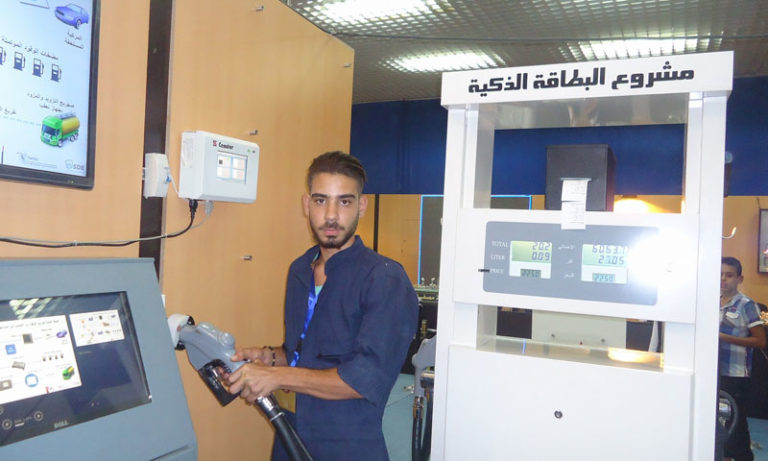 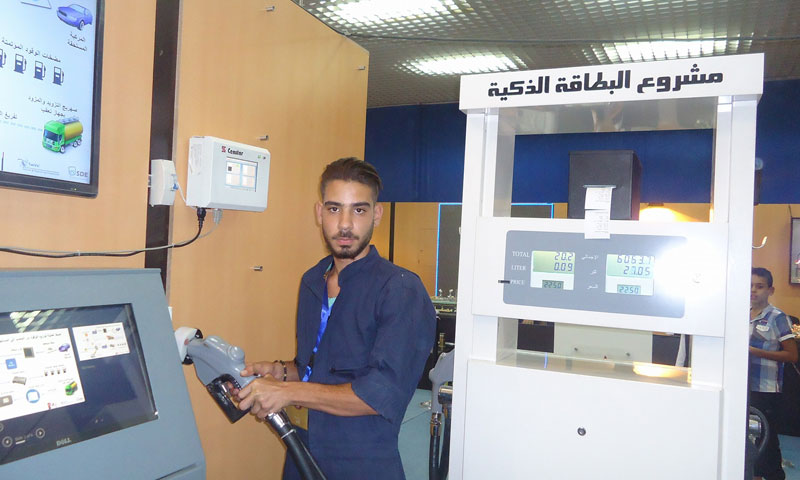 The government of the Syrian regime has resorted to applying the “Smart Card” system to solve one of the major economic problems, the fuels crisis in Syria, by specifying the fuel allocations and quantities for each person through the smart card, and thus controlling the distributed quantities, in a step taken to meet the citizens’ needs and reduce the phenomenon of smuggling and distribution corruption.

The Ministry of Oil and Mineral Resources has set the objectives of the project to achieve equitable distribution, reduce monopoly and smuggling, in addition to “the possibility of creating a price segmentation policy” and the provision of support to those who need it, as the fuel is sold in Syria at a price lower than the cost under state subsidies.

However, the gradual application of the gasoline card system since August 2018 has caused widespread dissatisfaction among citizens, especially drivers, because of the gas stations crisis, as well as ill-studied decisions that allocated insufficient amounts for a large segment of public vehicles.

The “smart card” is a project implemented by Takamol Holding. The Ministry of Oil and Mineral Resources has worked on it following three stages; the first of which was in July 2014 and it focused on government mechanisms. The second stage was in 2016, focusing on the private vehicles, while the third phase was launched in 2017 and targeted the distribution of heating oil to families.

The citizen gets the smart card by submitting the official documents required at his governorate, including the car contracts or license, etc., or through the citizens’ family register. The value of the filled quantities is paid in cash at the specified service centers. The value can also be paid via the internet, in case the government applies the online payment system.

Those who do not have the smart card or do not meet the required conditions to obtain it (tourists, travelers, single people…) can fill up using the “Master” card after the ministry’s authorization as a temporary solution. “Master” card is specified for fuel stations’ owners only.

The Smart Card project also requires that fuel be filled up in the governorate where the card was issued. In case of travel, the citizen fills the fuel outside the governorate through the “Master” card, and in quantities specified by the Ministry for passengers estimated at 40 liters for one time. 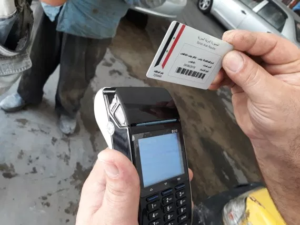 According to oil and mineral resources expert, Abdelkader al-Alaf, the project’s application in Syria indicates the deteriorating economic situation after the regime’s inability to meet the citizens’ needs of fuel varieties, especially with the increasing US and European sanctions.

Al-Alaf said in an interview with Enab Baladi that “the regime covers its inability to provide essential materials to citizens with different inventions. Its deficit will increase with US and European sanctions, especially with the activation of The Caesar Syria Civilian Protection Act as well as the decline of the process of international normalization.”

The economist said that what is happening is another tightening on the part of the regime to avoid responsibility of securing the basic materials and to distract the people’s attention with the extraction of cards and their complex details, in addition to the conflicting and incomplete laws of identifying segments, and insufficient and non inclusive quantities of fuel for all the classes of people, which complicated the crisis and increased crack down on citizens.

Syria went through crises over the winter months of this year, especially in the provision of gas and diesel fuel for heating, in light of the interruption of electricity for long periods, as in some areas, rationing is 20 hours a day.

However, the Ministry of Oil thinks that the implementation of the project has an economic benefit for the Syrian government, by reducing the smuggling of hydrocarbons, controlling the quantities allocated to the stations, combating smuggling and the black market, and the delivery of material subsidized by the government to its beneficiaries.

The Minister of Oil, Ali Ghanem, said in a statement in August 2018 quoted by Aliqtisadi website that within only six days of the implementation of smart card system on gasoline in Tartus, about 600,000 liters, i.e. about 100,000 liters per day were provided, with the distribution of 65,000 smart cards for gasoline.

He added that the cost of government subsidies for oil derivatives amounted to 1.2 billion Syrian pounds per day, which necessitated its control to reach the beneficiaries, through the smart card system that saved 10 billion pounds since its application to government mechanisms, according to his estimates.

The idea of a “smart card” was launched by the Syrian officials against the backdrop of the escalating fuel crises, its scarcity in petrol stations and the rampant corruption among the powerful people, in addition to smuggling and monopoly.

However, the implementation of the project did not solve the crisis in light of the criticism on social networking sites, especially by some officials, artists and military officers, who expressed their anger at the limit of fuel quantity through the card and the decisions which they saw “ill-considered.”

The expert, al-Alaf said the implementation of the project in any country going through a crisis is good in principle, but he questioned the integrity of influential people in the Syrian regime, especially regarding its experiences of the previously fabricated crises which overburdened the citizen in the end.

He explained: “The card as an idea to curb smuggling and corruption as well as to regulate fuel distribution is effective and useful, if properly applied. However, what really happened is the exact opposite. Corruption and smuggling became limited to influential personalities at higher levels, while small smugglers were caught, as it used to be with smuggled subsidized flour and different types of alimentary coupons. ”

On the other hand, the launch of the smart card project sparked a new wave of disagreement between fuel stations and owners of vehicles and machines, due to insufficient quantities of fuel; in addition to depriving travelers, tourists and taxi owners, as well as people, who do not have a card or even a family register to be able to get one, from the allocations.

The ministry stated that the Smart Card restricts the distribution of gasoline and diesel and will include the distribution of gas, including domestic gas tanks, in later stages. This plan is designated to ensure the population’s need and to end the current crisis, on the one hand, in addition to reducing rates of corruption and smuggling, on the other.

The system of cards is a novice procedure which Syrians are not familiar with. Thus, the operation mechanism of this new system is still somewhat unknown to many citizens. That is why, so many Syrians are wondering, as Enab Baladi noted, about the way those card operate and the conditions of getting fuel supplies.

The escalation of the current crisis in all the Syrian governorates is due to a deteriorating economic reality, which al-Alaf described as a one way ticket to total ruin, especially that the Syrian regime’s allies, Russia and Iran, are no longer able to support al-Assad, despite attempts to revive the economic situation with loosely entitled projects, which are poorly implemented.

The worsening economic condition in Syria has been increasing because of the increase of US and European sanctions, and the threat of enforcing the Caesar Act, which will tighten its stranglehold on the Syrian regime. Nonetheless, the sanctions imposed on Iran and the US siege imposed on the Iranian authorities have eroded Iranian and Russian resources aimed at providing Syria with the necessary support.

Al-Alaf asserted: “Russia will not be able to support the regime, especially with the closure of the reconstruction file. Thus, the current projects aiming at restricting the distribution of fuel through the use of the smart cards is one of the ways to postpone an unavoidable collapse. As such, this new strategy could be one of the reasons for the destruction of the regime from the inside.”

Despite Syria’s stifling crisis, Russia and Iran have not provided the Syrian regime with support, knowing that both countries are among the leading owners of natural gas reserves.