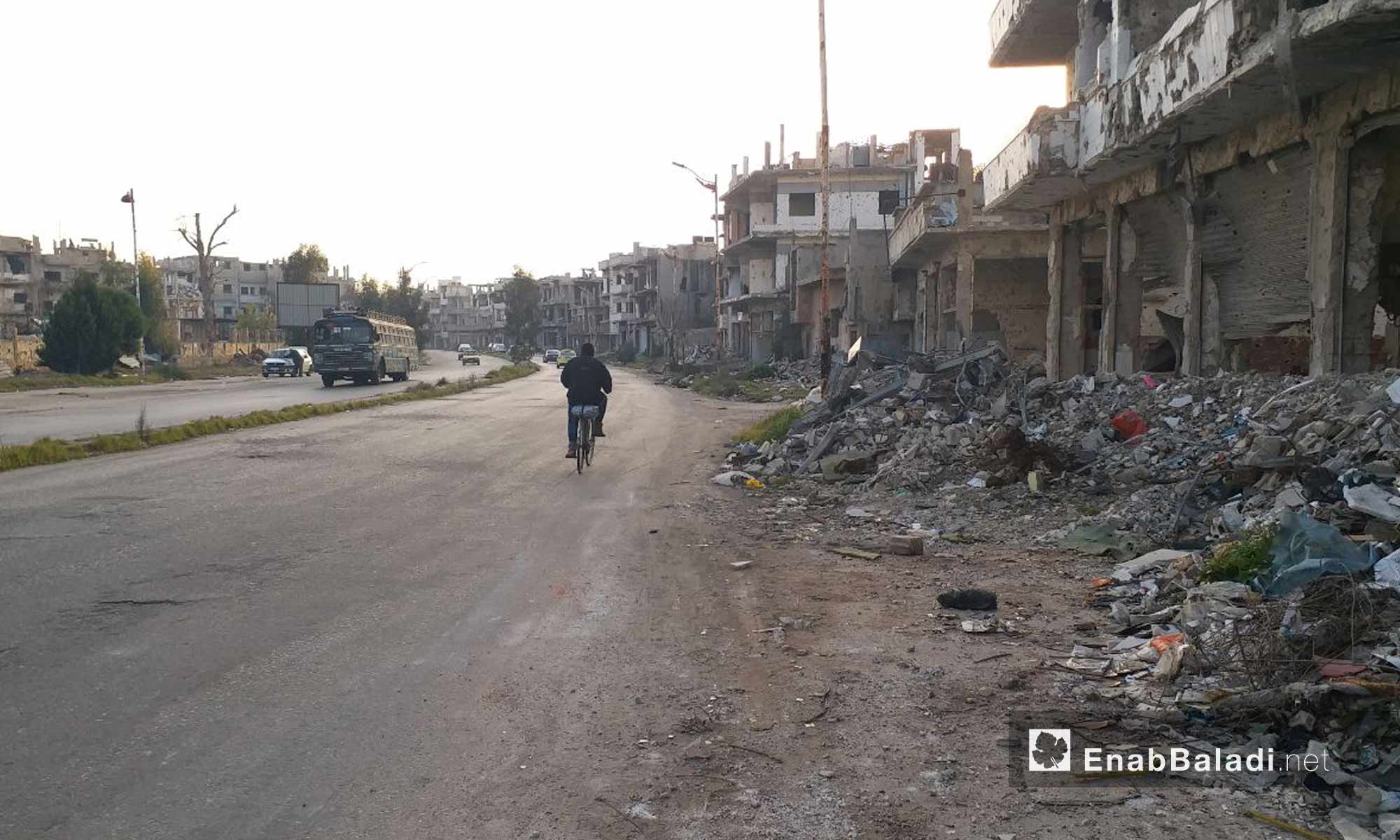 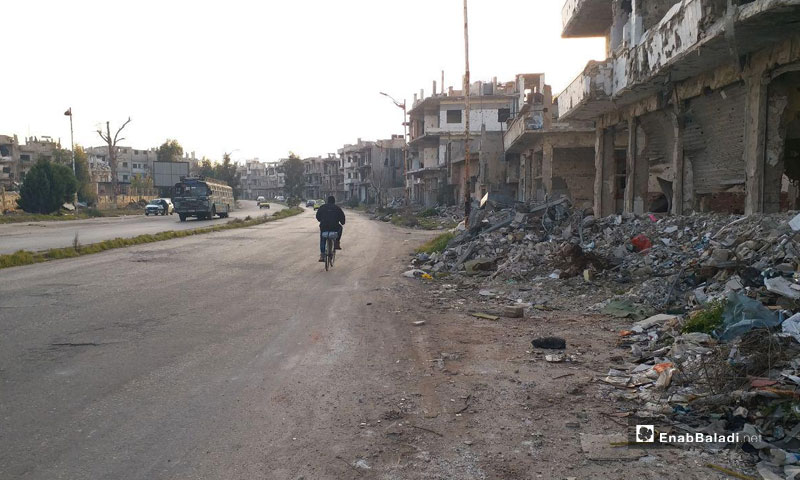 Even though Assad’s forces have controlled northern rural Homs under a settlement deal with the opposition faction last May, the prices of heating materials did not witness a decrease, compared to ones during the reign of the opposition factions and the end of the phenomenon where merchants had to pay royalties for checkpoints and crossings that used to besiege the area.

The rising prices corresponded to weather depressions, massive rainfalls and snowstorms, that hit the area in the past two weeks; they also accompany the difficulties that the families are going through for securing the means to protect themselves from winter’s hardships as a result of the relief organizations’ cuts on funding, which were active during the control of the factions to stop after Assad’s force’s control.

The suspension of the organizations caused particular harm to the area’s orphans, the number of whom is about five thousand orphans. In the previous times, they were financially guaranteed by the grants given to them by the organizations. Today, however, the grants have totally stopped, and they are left without guardians or breadwinners.

At average, the grants provided by the organizations to orphans, during the control of the opposition factions, reached 25 thousand Syrian pounds a month; the organization also offered food baskets to the impoverished and the detainees’ families through communal kitchens and ongoing grants.

Concerning the non-decrease of the heating means’ prices, Mohammad, a firewood merchant in the city of Talbiseh, who refused to reveal his full name for security considerations, said that the prices of heating means remained the same despite the disappearance of the crossings’ phenomenon which encompassed the area, for the merchants, who people used to deal with, are the same and are still doubling their revenues at the disadvantage of the countryside’s people.

The merchant, interviewed by Enab Baladi, added that people cannot resort to merchants outside the area, because this would not change anything, but rather, the transportation fees will be higher, which the consumers will be burdened with.

He stressed that the demand on firewood is less than previous years, despite the cruelty of this year’s winter, attributing this to the role of organizations, poverty and the economic status which peopled reached that rendered them unable to buy any heating materials.

“Abu Ibrahim”, a resident from al-Makramia village, told Enab Baladi that despite the siege being over, the prices did not mark a decrease, for a single liter of Mazut is sold for 295 Syrian pounds, while the official price is 180 Syrian pounds. In addition to this, the price of a ton of dry firewood is 70 thousand Syrian pounds, given that many families tried to depend on electricity and gas for heating, but power is supplied for eight hours a day only, while most of the governorates are suffering the absence of natural gas.

Weak Funding on Part of Organizations

The increasing prices corresponded to the suspension of the funding provided by organizations, particularly that offered to orphans and detainees’ families, which have not received any grants that can be called enough since Assad’s forces controlled the area, contrary to what the regime has been promoting through its media.

“Um Ismail”, a wife of a detainee based in the city of al-Rastan confirmed to Enab Baladi that the grants offered by the Syrian Red Crescent are not even worth mentioning, as they are provided every tow month and limited to food-related aid that covers two weeks only.

“The reconciliation personalities have promoted for the warm embrace of the homeland, but we have not got anything but poverty, cold and the amputation of every hand extended to help us,” she added.

In a former interview with Enab Baladi, an administrative figure at the Syrian Red Crescent’s Branch in Homs, on the condition of anonymity, said that despite the reports received by the Red Crescent’s departments in Northern rural Homs concerning the deplorable living conditions, the Branch’s administration refuses to send the people a relief convoy.

The figure pointed out that “sectarian reasons” might lie behind this inadequate performance, for the provisions have been regularly distributed to some areas without even being in need for them, which indicates that the security services are in control of the decision-making process in the area.