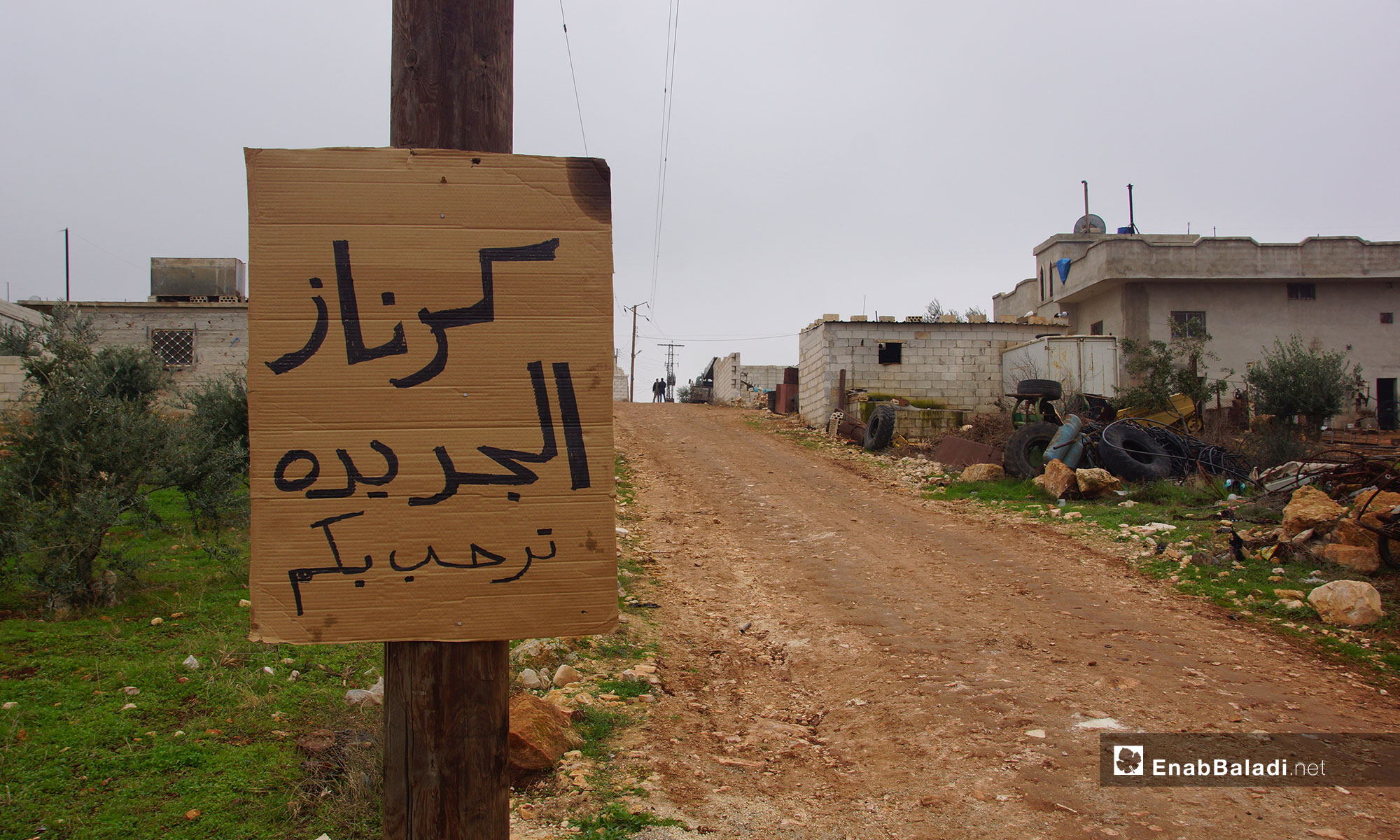 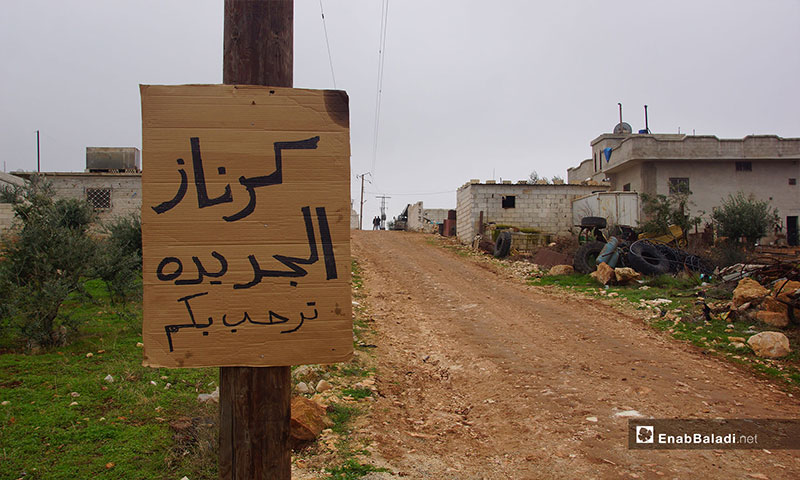 Under the recurrent waves of displacement, the people displaced from western rural Hama built small villages and founded new homes, giving the new creations the names of the original villages from which they were displaced in 2012.

The new villages are either small farms or lands that give enough space for building a dozen of houses. The people bought them to build a house or erect a tent, each person according to resources available to him/her, thus, relinquishing rented houses.

These villages are located in southern Idlib, where the people displaced from western rural Hama are based; they are close to each other and called after the people’s original villages; new Karnaz, al-Tamanah, Shallyout and Qabr Fidda.

“We fled the city of Karnaz in 2012, after a massive part of our houses was destroyed by the regime’s forces. Then we moved between the different areas of rural Idlib and camps,” Hussain Wardeh, director of Karnaz City Local Council, told Enab Baladi.

“At the beginning of the displacement, houses were given to people for free, but in time, they started to suffer from the house rents in the shadow of lacking income, needed to cover their expenses,” he added.

These circumstances triggered the displaced people to cooperate and buy a land to build houses on, instead of renting ones, even if they are simple in structure or tents only.

“We bought a piece of land in Shashabo Mountain for a little price, being away from the residential area, with a group of people. We rehabilitate the land and built our houses there,” Hafez al-Hamwi, director of Qabr Fidda Local Council.

This thing encouraged other displaced people to buy neighboring lands and build their houses. Accordingly, a small village of about 130 families was created, and the people are founding a local council.

The “miniature” new Karnaz lacks water and basic services, after the displaced people managed to have electricity and constructed simple sewage networks compatible with their income.

“We hope that our small villages develop in relation to basic services, such as schools, water networks, bakeries, markets and the like. This might happen through humanitarian organizations’ support to these residential gatherings,” Ali Suhail, a man displaced from the city of Karnaz, told Enab Baladi.

“The villages need schools, medical and service centers, and most importantly water and bread,” he added.

Suhail, a man displaced from western rural Aleppo in 2012, constructed his house on the land he bought with his friends; he explained: “I cooperated with 100 persons from my city to buy a land to construct our houses and tents on after three years of suffering in rented houses.”

Not all the houses in these residential gatherings are real, for some are tents only, as many of the displaced people are unable to build a cement house.