6500 Families Affected by the Rainstorm in Northern Syria’s Camps 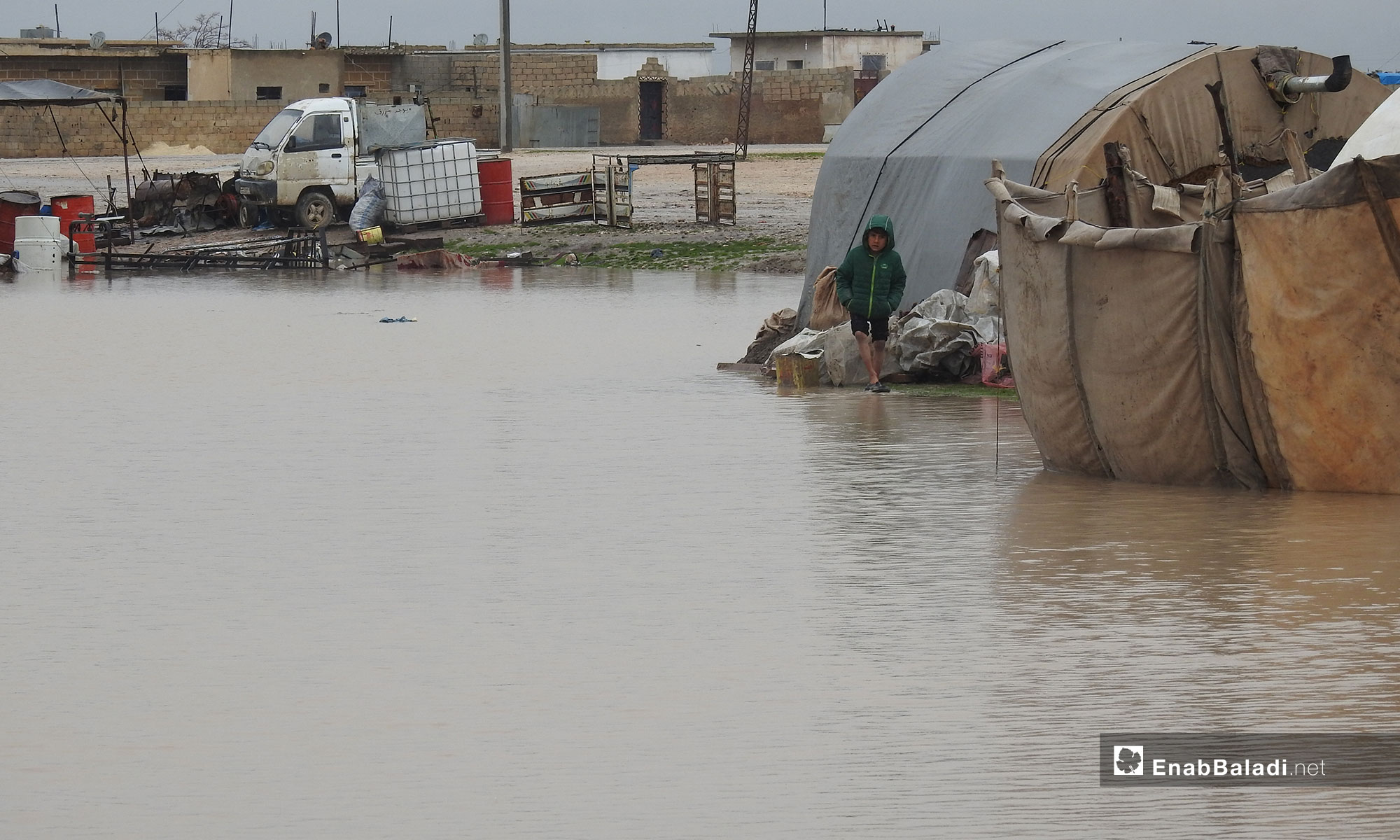 A child at the al-Marj camp, following a rainstorm in northern rural Aleppo – December 27, 2018 (Enab Baladi) 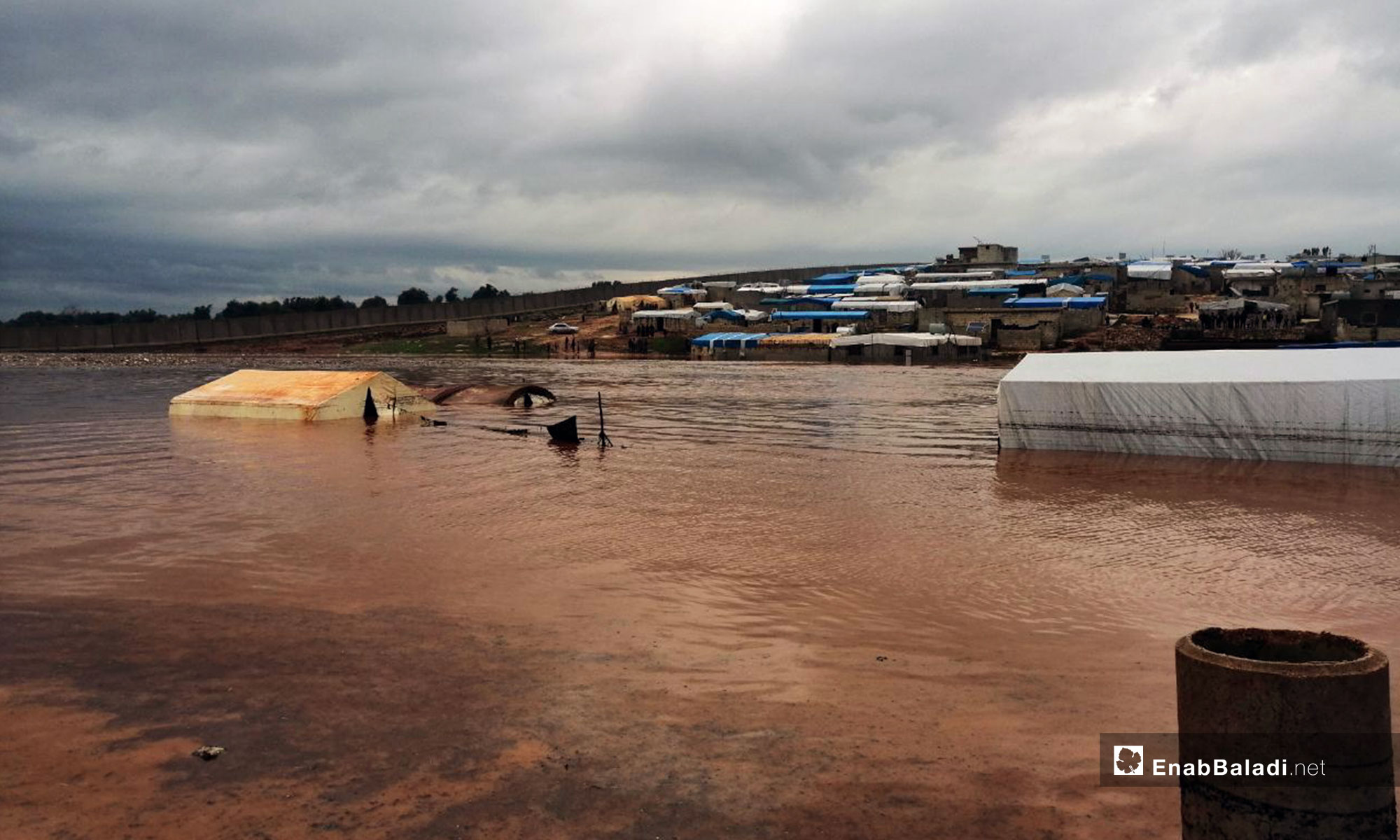 The number of people affected by the rainstorms that hit the camps’ areas in Northern Syria went over 6500 internally displaced families.

On Thursday, December 27, the Response Coordination Group in Northern Syria issued a statement which said that 220 tents are entirely washed away in the Atmeh camps, while the rain water drowned more than 550 tents so far.

Massive rains, starting on Tuesday and lasting till yesterday, drowned a large number of the tents of Northern Syria’s camps, besieging the people inside the camps due to cut roads.

Damage befell most of Northern Syria’s camps, particularly Atmeh, al-Omar, al-Anfal, al-Sabrin, al-Wiss, Saraqib camps and the ones in eastern Maarrat al-Nu’man, in addition to the rest of the random camps.

The Response Coordination Group pointed out that the intact camps are under a massive pressure, for the displaced families, which escaped the floods, took refuge in them, in addition to some of the families’ movement to nearby mosques.

These statistics are preliminary, and the humanitarian teams are still evaluating the situation in the camps, according to the statement.

Enab Baladi’s correspondent pointed out that the Civil Defense teams have announced a state of emergency and readiness, while the Response Coordination Group issued an urgent call for heading to camps to help people stuck in the mud.