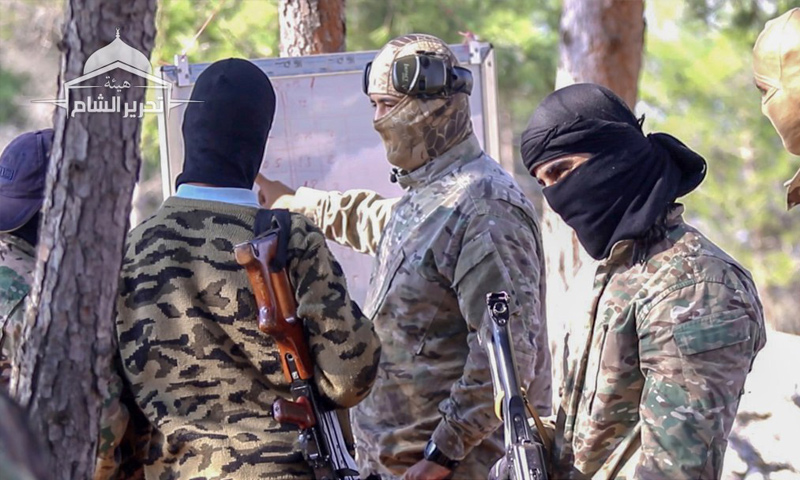 The areas surrounding the Damascus-Aleppo International Highway, passing through Idlib governorate, are witnessing a state of military alarm, started by the “Hay’at Tahrir al-Sham” as it mobilized forces to the vicinity of the city of Maarrat al-Nu’man and Darat Izza town, western rural Aleppo.

“Tahrir al-Sham” is seeking to complete its control over the International Highway, by directing its focus to the city of Maarrat al-Nu’man, south-western rural Idlib, being the only area out of its control in the surrounding of the Highway, a source from the “Free Army” told Enab Baladi today, Tuesday (November 27).

The Damascus-Aleppo International Highway is covered by the “Sochi” deal, signed by Turkey and Russia concerning Idlib governorate last September.

Provided by the deal, the Damascus-Aleppo, “M4,” and the Latakia-Aleppo, “M5,” highways, passing through Idlib, are to be reopened towards the end of 2018 to reactivate trade in the area.

“The observation and reconnaissance units, as well as the security divisions have spotted Tahrir al-Sham brining in reinforcements to the area, which necessitated undertaking the suitable procedures and preparations for any emergency,” said Mohammad Adib, a member of the Media Office of the “National Front for Liberation.

The “National Front for Liberation” consists of a gathering of factions, as it is a mixture of the “Free Army” and the groups with an Islamic mindset, on top of which are “al-Sham Legion,” “Ahrar al-Sham,” “Nour al-Din al-Zenki” and “Idlib’s Free Army.”

“Tahrir al-Sham” did not speak of any movement on its part in the surrounding of the International Highway, and it has indulged in confrontations against “Ahrar al-Sham,” “Nour al-Din al-Zenki,” the last of which took place in October. 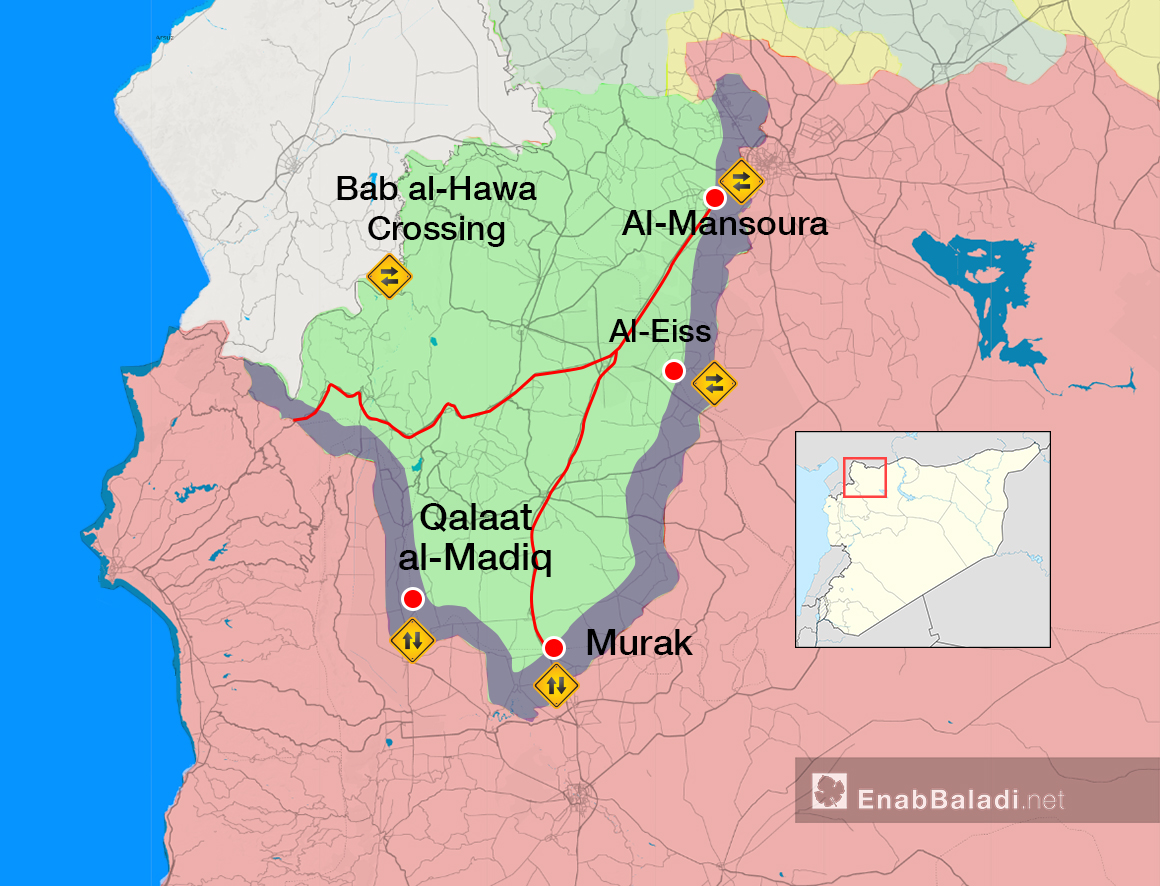 As the map of field control shows, “Tahrir al-Sham” imposes its control over a lengthy part of the International Highway (Murak, Khan Shaykhun, Khan Tuman, al-Zirbah and Khan al-Asal) except for the city of Maarrat al-Nu’man, which has a symbolic value for the “Free Army” and the people of Idlib, more than the military strategic meaning it stands for.

The source explained that “Tahrir al-Sham” is aiming at taking over the whole International Highway, especially with the proximity of the implementation of the term relating it, which the “Sochi” deal provided for.

Concerning the Darat Izza town, western rural Aleppo, located away from the International Highway, Adib said that its importance to “Tahrir al-Sham” arises from its being the largest and the most important area in the western rural Aleppo, in addition to its strategic location, as it positioned on the top of the highest summit in Northern Syria, that of Ash Shaykh Barakat mountain.

The influence of “Tahrir al-Sham” is focused on the areas of western rural Aleppo, in the following towns and villages: Tadeel, Taladah, the surrounding of Darat Izza, reaching the northern part of rural Idlib.

Last May, Enab Baladi pointed out to information providing for the preparations undertaken for the reopening of two strategic highways in Northern Syria. The first is the Damascus-Aleppo International Highway, and the second is the Aleppo- Gaziantep Highway, passing through the areas controlled by the opposition factions, positioned in northern rural Aleppo, reaching the Turkish territories.

Back then, sources from the “Free Army” said that the Damascus-Aleppo International Highway, passing through the opposition ares in Idlib will be secured by joint Russian-Turkish-Iranian patrols, as to keep a distance of ten kilometers at its both sides totally under control.

The joint patrols will function within the buffer zone and will be responsible for reopening the international highway, away from the military factions that will have no role to play, according to the sources.