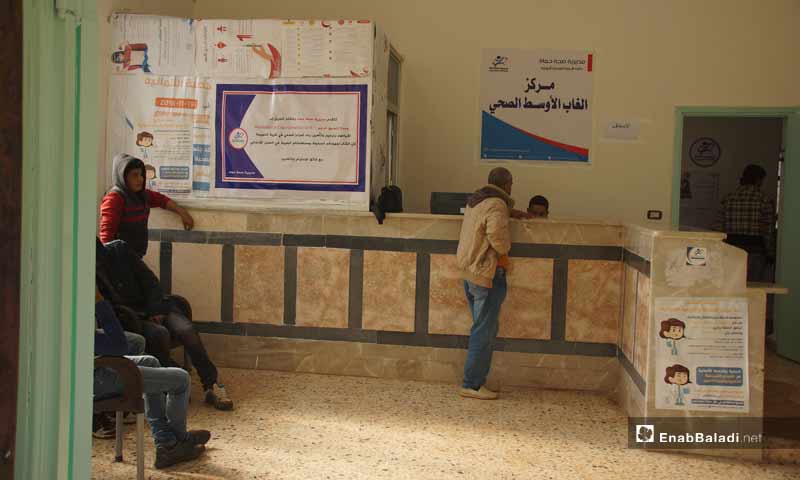 The Free Hama Healthcare Directorate has launched the Central al-Ghab Plain Healthcare Center to provide medical and healthcare services to the area’s population for free.

The center, first of its kind in the central sector of al-Ghab Plain, rural Hama, consists of two doctors, six nurses, two midwives and five administrative figures, in addition to a pharmacy that offers medicines for free as well, under the services provided by the center with its three departments.

The center, opened on November 5th, covers about 10 villages in central al-Ghab Plain and the western villages of the Shashabo Mountain, including al-Huwayz, Jisr Bait al-Ras, Hawija, al-Hawash, al-Amqiyah, Qalidin and others, thus medically supporting about 20 thousand persons of the area’s population.

The central sector of al-Ghab Plain lacks medical staffs, and al-Abdo hopes that the new center, in addition to “Hospital 211,” al-Hawash village, be capable of bridging the medical gap suffered by the area.

The German “GIZ” contributed in the establishment of the al-Ghab Healthcare Center, in support of the Free Hama Healthcare Directorate, according to the Center’s Administrative Manager Hassan al-Issa.

“We rely on the external funding of the medical organizations to continue,” al-Issa told Enab Baladi.

The areas, adjacent to the central al-Ghab plain, also benefit from the new center, taking into account the geographical proximity and the population’s need for medical and healthcare services, as al-Issa put it.

One of the center’s beneficiaries applauded the services and said that it has spared them long travels.

However, he complained of the shortage of the medicines at the center’s pharmacy, hoping that it be funded, so the Center gets to provide what he described as “a favor” in the best manner, including free treatment and medicines.

This step accompanied the calm which the areas of Northern Syria started to witness lately, especially western and northern rural Hama, following the Idlib deal, signed by Turkey and Russia, which supposed to prevent any military offensive against the area.

The Free Hama Healthcare Directorate fosters the Healthcare Sector in the two rural parts of Hama, and has, formerly, established dozens of medical and healthcare centers, free hospitals and care centers, to offer services to the people in the opposition-held areas.

The Directorate is also seeking to launch the “Hospital112” in the area of al-Hawash, rural Hama, that is actually ready to operate, in addition to the blood bank project, in a series of medical services to the population in al-Ghab plain in particular and rural Hama in general.