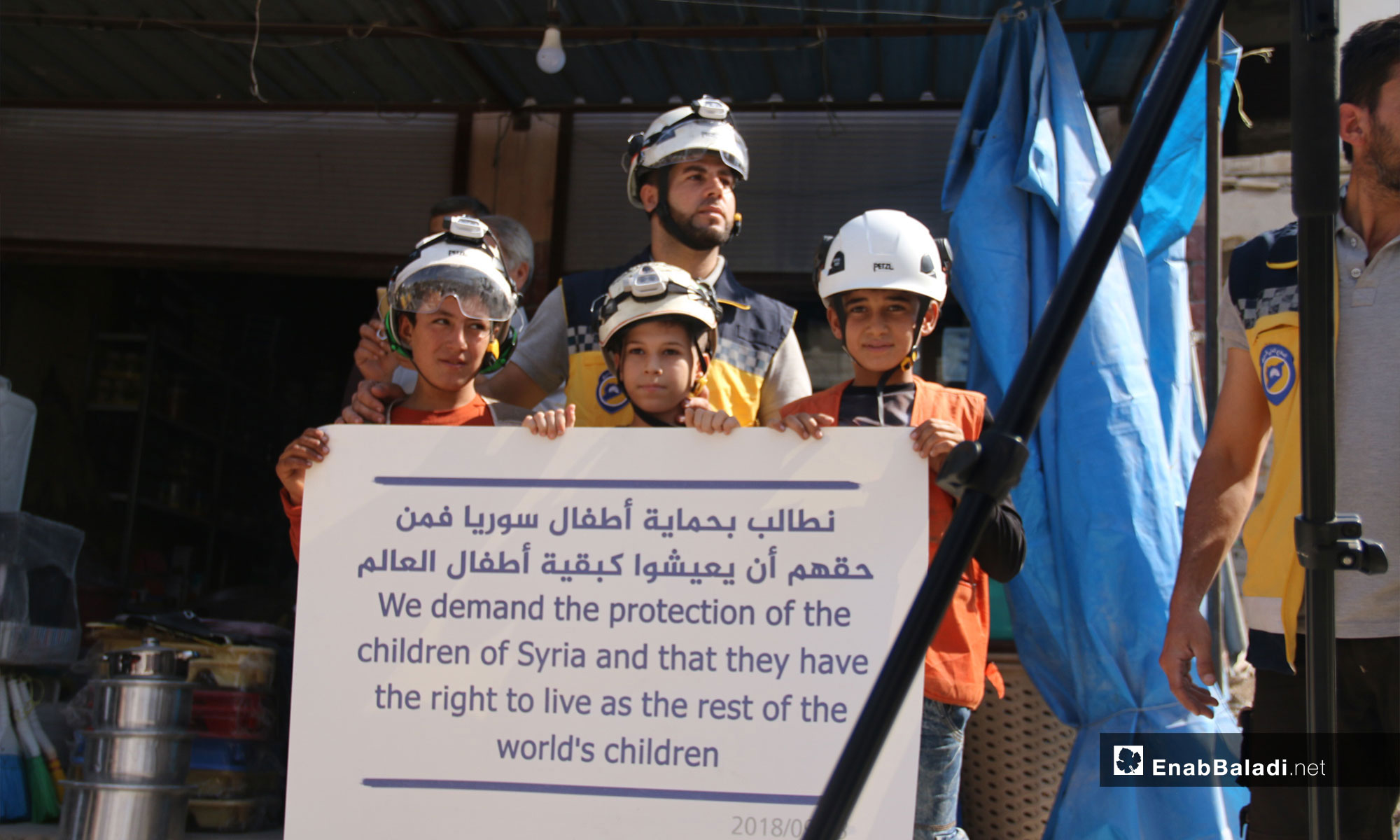 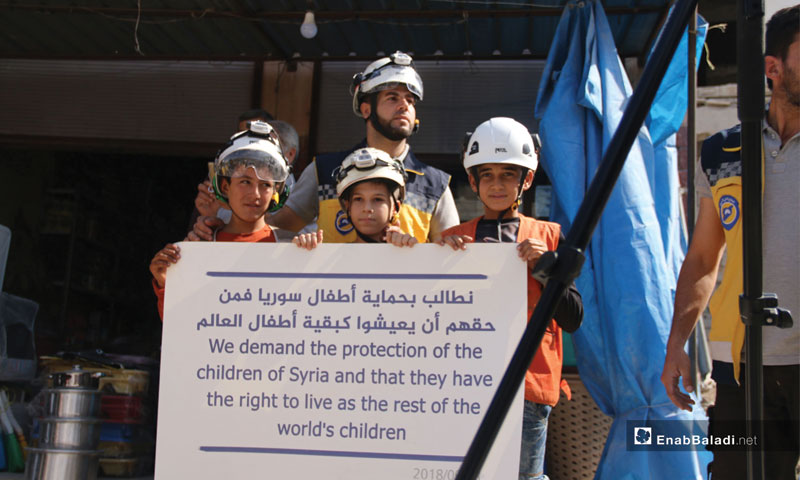 On “YouTube,” a memory striving with peaceful demonstrations in Idlib governorate between the two years of 2011 and 2014 is preserved, a time where the governorate was not yet held by the opposition factions completely.

The search results in the same site then change to give an account of the following period, one highlighted with scenes of massacres and columns of smoke, which share the presence of video reports of “extremist” groups, factional disputes and fresh migrants, who carry the “internally displaced” label, settling down in the cities and towns of Idlib.

Just as it became the final resort to the people displaced from the different Syrian areas; Idlib became the last resort to the Syrian revolution, facing either of the two choices left, a return or a defeat.

The political condition and the international vision agreed in the advantage of the return to peacefulness, which defends the military situation and forms a landscape of mixed eight historic years of Syria’s life.

Between Change and “Status Stabilization”

This month’s Friday Demonstrations signs are quite like the signs of the very first demonstrations, holding slogans calling for freedom, overthrowing the regime, and the release of detainees.

This initial sameness hides several discrepancies, for the demonstrations prior to 2014 were driven with the will to change, with a focus on breaking from the security grip, oppression and mouth gagging.

In March 2015, the largest portion of the change demanded by the demonstrators was realized, since the factions had taken over the whole governorate, and the residents got rid of a security authority that stuck to them for forty years and arrived at some sort of freedom.

However, today the people are demonstrating with their drive filled with calls to stabilize the governorate’s status and prevent the Syrian regime from entering it anew, after a series of threats that targeted it as the “opposition’s only remaining stronghold.”

Idlib’s people are these days demonstrating motivated by the military state facing them, through steering an international opining that stands as a barrier to prevent the regime and the Russian ally’s machine from heading towards their governorate. They have largely succeeded, for the western media is densely covering Idlib’s demonstrations, considering them an evidence to a state of peacefulness engulfing the city, a state challenged with talks about the presence of “terrorist” groups inside the it.

The media coverage has influenced the political action, since images of the demonstrations were presented at a session of the Security Council, held on September 11 addressing Idlib’s cause. The footages were used by François Delattre, the Permanent Representative of France to the United Nations, to confirm that “the peaceful demonstrations in Idlib have proven that the city is not a breeding ground for terrorism.”

This month’s demonstrations in Idlib broke out in answer to the calls of civil activists inside the governorate, and the public squares of the cities, towns and villages attracted people of all the society’s segments. The “Post Friday Prayers” custom returned to define the gatherings’ time.

The people in Idlib, both residents and internally displaced, were in need to express an emotional state, which can be invested in to raise their morale that the regime’s media machinery tuned down through promoting for a close attack, supported by Russia which alluded to the possibility of using chemical weapons.

Correspondingly, Idlib’s demonstrations restructured a firmer emotional state of opposition inside and outside Syria, after successive disappointments, titled in 2018 as the year of the “revolution’s defeat.”

After the regime captured Eastern Ghouta, to be followed with southern Damascus, Southern Syria and eastern Qalamoun, and then rural Homs, the faith shook that believed in the possibility of stopping the progress sponsored by Russia. Nonetheless, the return of the Syrian revolution with its former shape created new motives for hope.

Though demonstrations cannot create this hope alone, without the current political status and the international agreements over Idlib, they reinvested emotional tools lost to Syrian people during the eight-years war.