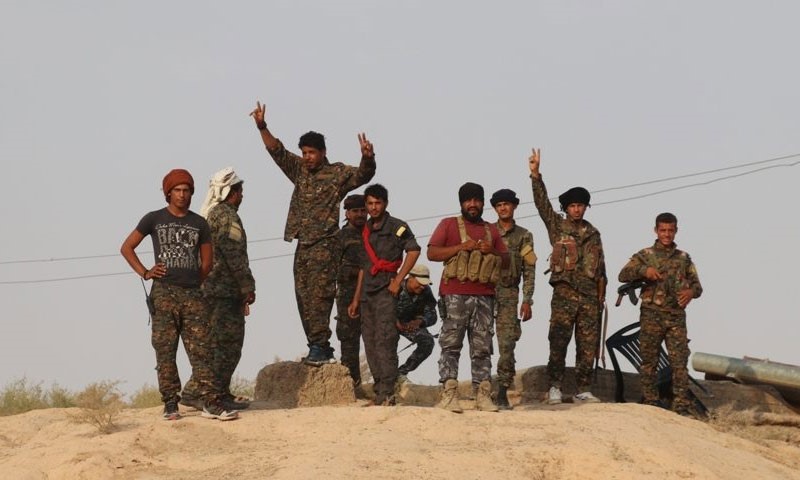 SDF troops in the area east of the Euphrates, Syria (SDF official website) 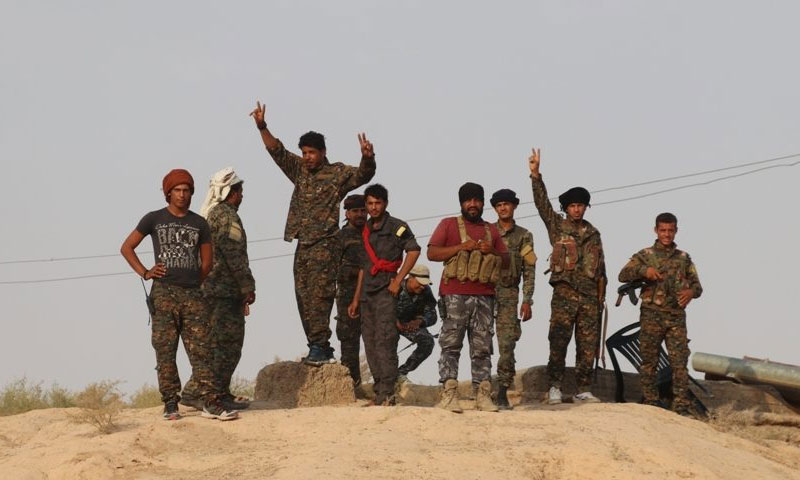 The “Syrian Democratic Forces” (SDF) has reported the developments of its battles against the “Islamic State” (ISIS) in the eastern parts of Deir ez-Zor governorate, under the final stage of the operation “al-Jazeera storm.”

In a statement published on its official website yesterday, Friday (September14), “SDF” said that the last two days have witnessed violent confrontations with the “Islamic State,” leading to the death and the injury of several personnel of both sides.

The statement declared that the violent confrontations have led to the death of four and the injury of other “SDF” troops, which managed to kill 15 of the “Islamic State” ‘s troops, as mentioned in the statement.

The confrontations between the two sides were focused at the two axes of al-Baghuz Fawqani and al-Susah, for SDF troops have managed to advance at a distance of a kilometer at the al-Susah axis, amidst artillery and aerial strikes against “ISIS” posts. The latter initiated a counter attack with a booby-trapped car yesterday, through which it reigned control over the points it lost, according to the statement.

“SDF” has destroyed an armored vehicle and several military posts of the “Islamic State” at the al-Baghuz axis, along with a headquarters and an observatory in the village of Al-Shaafah, through intense aerial bombardment.

For its part, the “Islamic State,” through its affiliated news agency “Amaaq,” has reported killing and wounding dozens of “SDF” troops by targeting their points with mortars and detonating their vehicles with improvised explosive devices.

The “Islamic State” has also reported destroying another “SDF” vehicle by detonating an explosive device inside it on Tell al-Bashayer road, which killed and wounded six of personal the Kurdish forces.

The battles of “SDF” are undertaken under the cover of the US-led coalition’s air forces, within the last phase of the operation “al-Jazeera Storm” as to control the rest of the areas in Deir ez-Zor, without any actual progress on the ground.

The confrontations are focused at to two axes, the first starts from al-Baghuz Fawqani and the second is from the village of al-Kasrah.

Yesterday, the operation “al-Jazeera Storm” officials have announced that the “Islamic State” has conducted an attack and recaptured the areas it lost in the last two days. However, “SDF” attacked again and achieved a progress of one kilometer only.

Early this week, “SDF” has announced the beginning of the last phase of the operation “al-Jazeera Storm” as to control the rest of the areas in Deir ez-Zor.

It also said that the last phase aims to control the towns of Hajin, al-Susah and al-Shaafah, with its affiliated villages and farms.