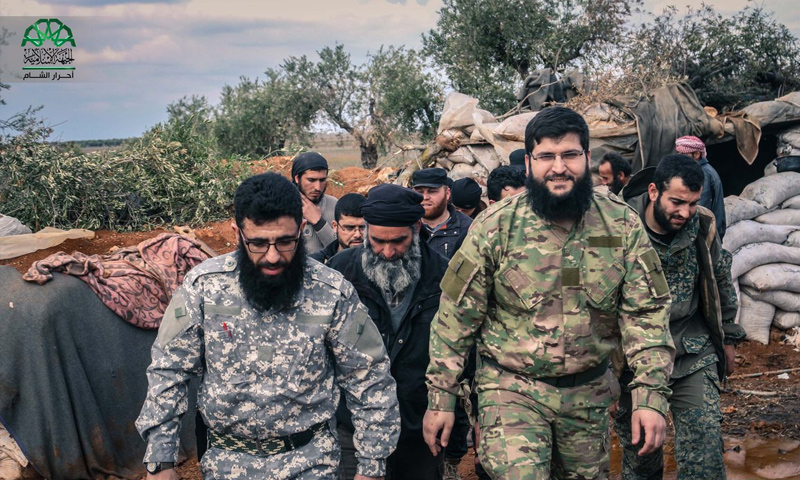 At a meeting to appoint Jaber Ali Basha as general commander, the need for a unified revolutionary front was also stressed reports Enab Baladi

This came after a meeting of the group’s high command represented by The Shoura Council, according to an internal statement, which Enab Baladi obtained a copy of on, Aug. 16, 2018.

The statement outlined a number of decisions, as well as the appointment of Ali Basha, most prominently “concentrating the movement’s efforts in the coming stages on military preparations and repelling the expected assault on the liberated areas.”

Another decision taken by the Shoura Council was to “activate work on the National Front for Liberation and make the national conference a success, arriving at the unification of the revolution’s forces based on a single authority for the Syrian revolution.”

In May, eleven groups in the Free Syrian Army announced the formation of the National Front for Liberation in a joint statement.

Who is “Sheikh Jaber”?

Born in the town of Binish in 1984, he has a master’s degree in Islamic sharia from Damascus University.

He worked previously as head of a number of sharia courts set up by rebel groups in liberated areas, especially the Aleppo countryside and Idleb province.

The courts included the Islamic Authority in Binish, while he also worked as a judge in Jaish al-Fatah.

He took the position of deputy commander of Ahrar al-Sham when Ali al-Omar (Abou Omar) took control alongside the commander Anas Najib.

He was party to the agreement which brought together Tahrir al-Sham and Ahrar in July 2017 when there were conflicts between the first and the Saquor al-Sham group.

After Hassan Soufan took command of the movement in 2017, he was dismissed from his post as deputy general commander and replaced by commander Alaa Faham “Abu al-Ezz.”