With Water and Flowers, Syrians Try to Break the “Stereotype” in Turkey 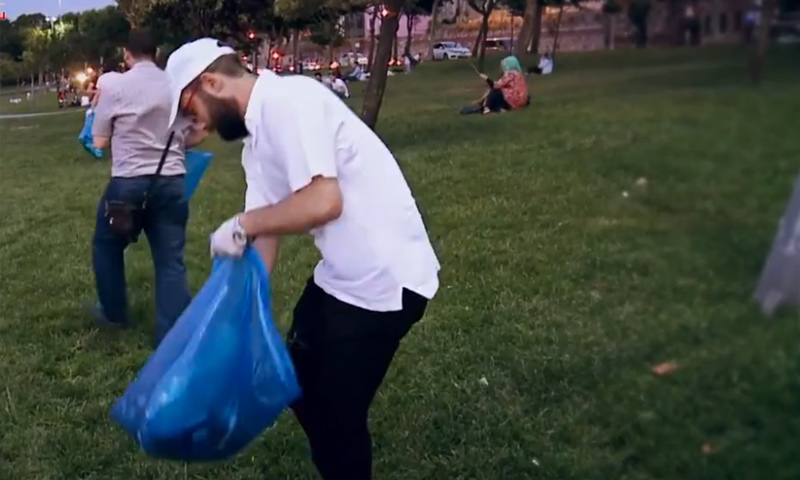 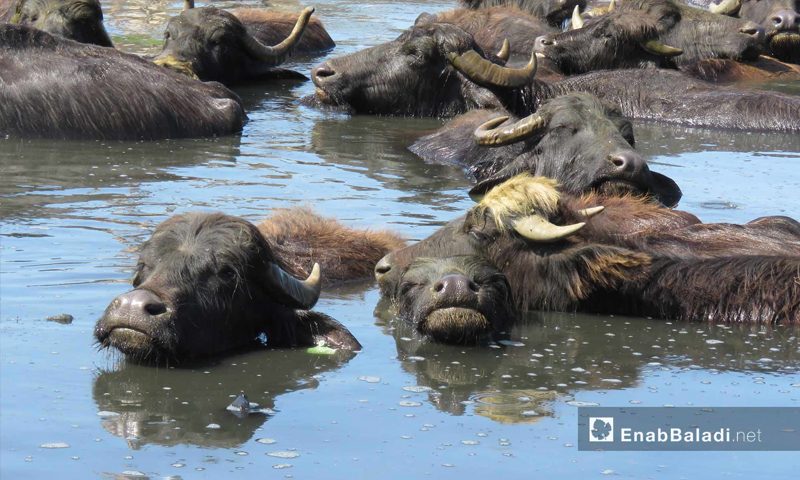 “A black spot stains a white dress”, said Basel Hailam, the head of the Syrian Associations Platform, Istanbul, while speaking of the difficulties that Syrians have been lately forced to deal with in Turkey, especially following the recent events that the Turkish province of Gaziantep has witnessed, triggering the anger of a few Turkish young men who sabotaged Syrian people’s shops, avenging a girl, who has been allegedly sexually harassed by an old Syrian man early in July.

A segment of the Turkish people is behaving in a manner that holds a lot of hatred to Syrian refugees with in it. The majority who have this attitude developed hatred due to political reasons that erupt from their opposition to the Turkish President Recep Tayyip Erdoğan’s policy, which is highlighted with warmth towards refugees, who found a safe shelter in Turkey, for the number of Syrians in the country has went beyond the three and half a million mark, 4.39% of the overall population.

In Gaziantep alone, the number of Syrian people has reached the 367 thousand, 18% of the province’s population, according to statistics issued by the Turkish Statistical Institute (TurkStat). The reason for the density relates to its proximity to the Syrian borders and the presences of various active Syrian associations and foundations, as well as the less costly style of living if compared to major Turkish cities as Istanbul.

The Turkish government has arrested the Turkish young men who stormed the Syrian shops, smashing their fronts, according to a statement made by the province’s officials, stressing that the police will investigate the details of the actions, which the statement described as “acts of incitement”.

The Turkish government has previously issued official statements explaining some of the inaccuracies circulated by the Turkish people about Syrians, such as affording them free housing, providing them with monthly salaries or allocating seats at universities for Syrian students at the expense of Turkish ones.

Hailam added, telling Enab Baladi, that “more than 50% of the Turkish people are sympathetic with us and with our cause; however, this incubator is liable to increase or decrease according to the campaigns launched by some people on social media platforms, which target those opposing to the Syrian’s presence in Turkey, thus, feeding this feeling, or target the Turks who welcome Syrians, driving them to change their convictions, which is also possible. Therefore, we must be fully aware of our behavior”.

The incitement campaigns against Syrians did not stick to the southern provinces; but rather, they reached Istanbul, where about half a million Syrians are based.

Water and Flowers Campaigns Are Making a Difference

Khaled and Hassan have both, along other Syrian young people, participated in volunteering campaigns seeking to change the “negative” stereotypes that Turkish people are developing of Syrians. The campaign came “as a response to a video posted by Turkish people on (Facebook) showing one of Istanbul’s famous beaches as filled with litter, relating this to the presence of Syrian young people who have left trash on the beach in July 2017”, Khaled said.

The group decided to clean the beach, expressing “solidarity” with the Turkish people who welcomed Syrians, the young man added saying “even if we are not sure whom has done this, whether Turkish or Syrian, this is our duty and we are doing it to this nation.”

Among the many campaigns conducted by these young people, in cooperation with the “Syrian’s Platform”, there is also offering water and flowers to drivers at the traffic lights, which left a good impression on the Turkish people and made a statement that Syrians are not the exact image of what is being promoted on social media, as Hasan told Enab Baladi.

Neslihan Önder, the media coordinator of the Turkish Refugees Rights Association, is in agreement with the two young men’s position of the Syrian refugees’ status. “I would like to tell Syrian kinsmen that they have become part of us, and they have to face these acts (incitement discourse) quietly and with patience. They must act carefully because bad people do exist in all states not only among Syrians”, she told Enab Baladi.

Language Is an Obstacle and Part of the Problem

Some Syrians have been in Turkey for seven years now and learning Turkish language has helped some of them overcome the behavior, which some view as “racist” because the Turkish people usually try to draw near of foreigners who speak their language, according to the student Zaid, a medicine student at Istanbul University. “I learned Turkish to study. I do not sense any discrimination on the part of my Turkish colleagues; the reason might be that I speak their language which means a lot to them”.

Enab Baladi examined varied situations that developed into problems due to misunderstanding or not knowing what the other wants because he/she do not speak the same language, after which the two sides to the problem reach a solution with the arrival of friends or passersby who could translate from Arabic to Turkish or the other way around.

The Turkish government is trying to combat this handicap by integrating the younger Syrian students into the Turkish educational system, decreasing the hours of Arabic-based courses and enrolling Syrian teachers and educators in the Turkish official schools.

Some Syrians have given a few Turkish neighborhoods a Syrian identity; shops and restaurants, for example, have Arabic names which stand out among their Turkish counterparts. This makes them vulnerable to incitement acts. However, responding to official demands, Syrian people are becoming more aware of the problem using Turkish signs and hiring people who speak Turkish.

The fate of Syrian people in Turkey is yet linked to regulations and decrees that might and might not be in their interest, especially that there are talks about a political agreement to send the refugees back to Syria on the pretext of security issue.

Nonetheless, to offer a flower is better than blaming destiny.