Gone with the Wind of Syrian Spring

What should families do to face the death notes revealed by Assad regime? 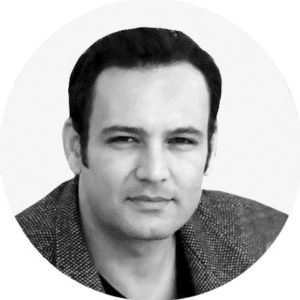 My son, my brother, my father went out demanding freedom, and disappeared. Later we found his name in the last column of the civil registry records.

What are the crimes committed by the Assad regime in this very short story on paper, and the greatest tragedy of every family?

What should the families do so that the blood of their loved ones will not be lost, after the hell they have suffered in Assad torture archipelago?

In recent weeks, news of the deaths of detainees has sprung up after the Assad regime sent death notifications to civilian records. Most of the cases were for people arrested in 2011 and 2012, who started the peaceful demonstrations in the Arab spring wave. The dates of their “deaths” varied, many of them on 15 January 2013.

Assad regime did not send these lists for more than five years, which may be an indication that the regime did not intend to reveal the names of those who had been killed, and that this process was recently initiated as a result of a recent decision to try to liquidate the file of the detainees in cold blood. Ignoring any possible reactions from the international community, where he used to commit his crimes without accountability and with the support of Russia, and the helplessness of the democratic world.

The series of crimes committed, leading to a death note:

Which is the arrest and deprivation of liberty of a person outside of the confines of nationally recognized laws or international standards.

The Syrian regime has practiced arbitrary detention since 2011 as part of its systematic campaign to suppress the popular movement demanding fundamental rights.

Arbitrary detention is a cover and a means for further violations of human rights, since the victim is deprived of the means to self-defense against enforced disappearance, torture and other cruel, inhuman or degrading treatment, extrajudicial executions, etc.

Some of the conditions that make detention arbitrary:

Not informing the victim of the reasons for the arrest

Not respecting the  procedural rights of the victim.

Not bringing the victim before a judge within a reasonable amount of time.

All of which the Assad regime has practiced systematically.

Assad regime conducted his arrest campaigns without identifying themselves or arrest warrants. And never allowed a detainee to contact a lawyer. Detainees were held for years pretrial.

Assad used arbitrary detention as a widespread political tool of intimidation and can be considered a crime against humanity (article 7 of the Rome Statute) because he committed it in the context of a deliberate, widespread and systematic attack against groups of civilian populations, and also in violations of the laws of war, making it a war crime (Article 8 of the Rome Statute).

The arrest, detention, abduction or any other form of deprivation of liberty by agents of the State (eg, air force intelligence, police or regular army) or by persons or groups of persons acting with the authorization, support or acquiescence of the State, (eg, Shabiha groups, Hezbollah.. ), followed by a refusal to acknowledge the deprivation of liberty or by concealment of the fate or whereabouts of the disappeared person, which place such a person outside the protection of the law. A practice adopted by the Syrian regime against civilian detainees, combatants and their families. It s also a war crime and a crime against humanity.

– Torture and Other Cruel, Inhuman or Degrading Treatment or Punishment, whether physical or psychological:

Assad committed this crime on a massive scale, which is a crime against humanity and a war crime, according to the aforementioned requirements.

The Assad regime has committed all these kinds of executions on a large scale.

Assad’s courts has failed to meet recognized judicial due process, such as denying lawyers and adopting confessions obtained under torture by Assad’s intelligence services. Therefore, all the executions carried out by the Syrian state, which were issued by the Military Field Court for example and are related to the state of war, are considered murder, not  legal punishment, and war crimes and crimes against humanity as part of a larger crime in targeting civilians. Any family whose relative was executed in Sednaya, for example, has the right to sue the Syrian state.

In addition to the previous crimes, other violations of the rights which the families of the victims can claim, are the denial the right to return of the remains of the dead, the organization and attendance of the funeral, the right to burial, the right to take samples for the forensic investigation, and the right to know the whereabouts of the body.

What should families do so face this recent plight?

Victims and their families must seek justice, although this can not be pursued in Syria, where the perpetrator is the ruler, it is necessary for victims to go to regional or international courts.

Families should communicate with Syrian and international human rights organizations to document the deaths, in order to build legal cases in international courts and national courts that accept universal judication. Families living under the regime and fear regime reprisals against them, can communicate confidentially with the organizations below, and ask for anonymity.

You can communicate with Syrian organizations such as:

Syrian Center for Media and Freedom of Expression

Individuals and organizations may address:

The United Nations Working Group on Arbitrary Detention, in the case of arbitrary detention for example.

German, French, Swedish, Spanish and other national judiciary that have universal jurisdiction.

International Convention for the Protection of All Persons from Enforced Disappearance