Can Afrin Resume Its Economic Growth? 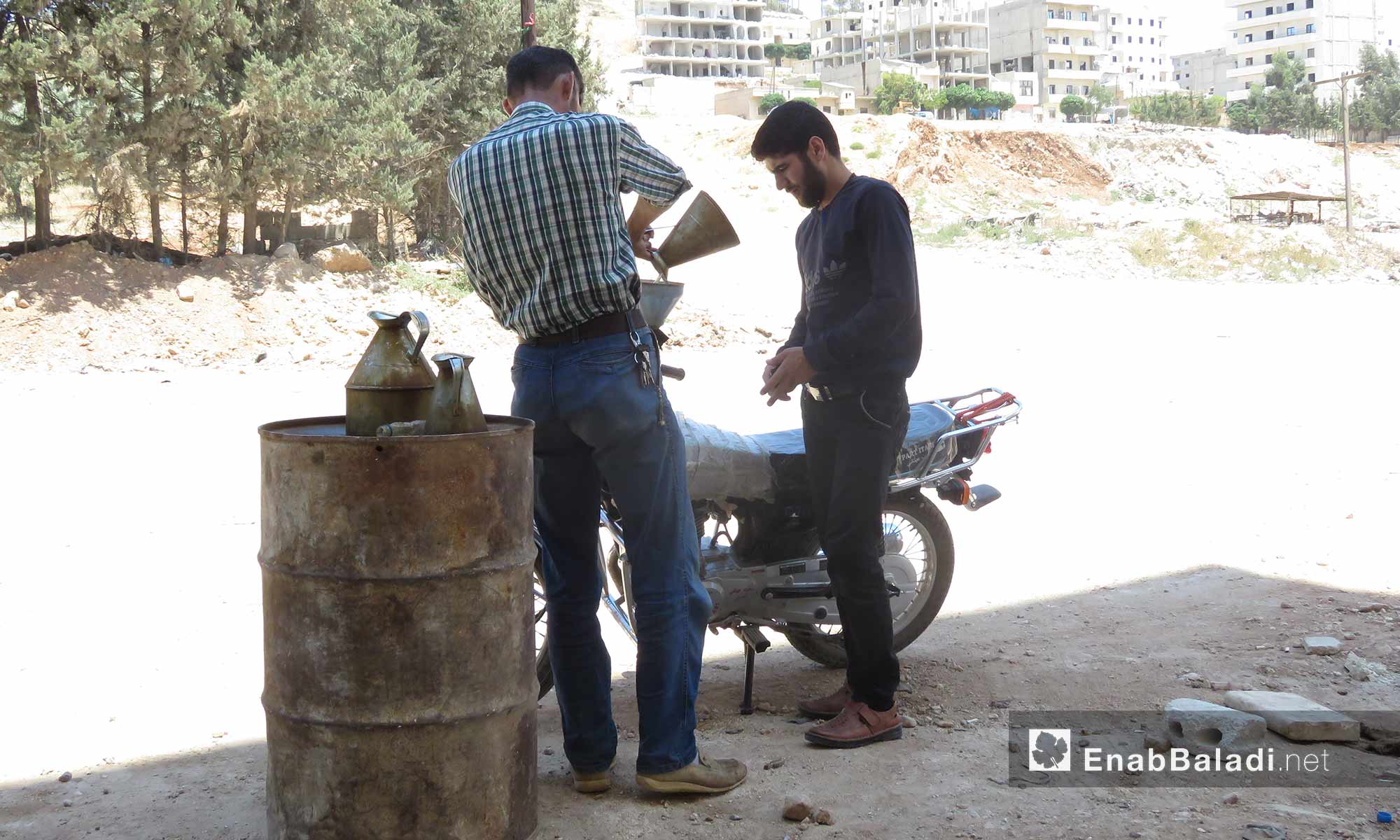 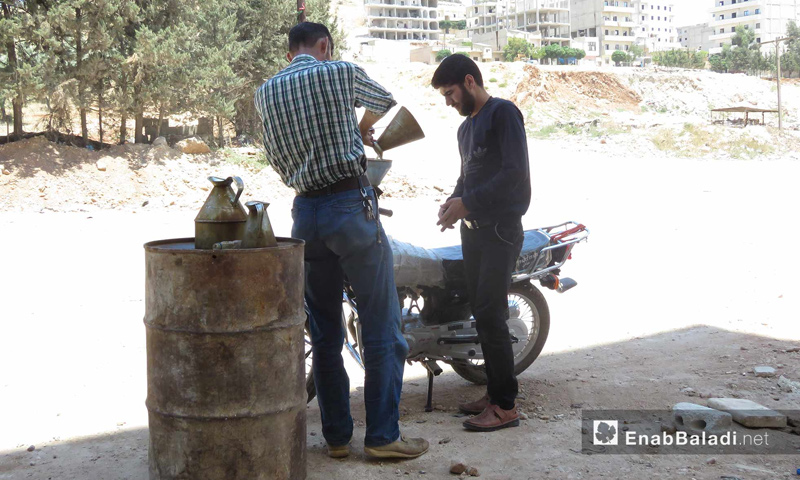 Within a mountain area, north-western Syria, Afrin expands at a space of four thousand square kilometers, 2% of Syria’s total space. Agriculture is the area’s live vein, famous for its olive cultivation, with about an 18 million olive trees.

During the Syrian revolution, Afrin, utilizing the security stability in the first four years, realized a notable economic success and implemented a number of projects, vital ones, to thus witness an economic and urban boom, something that seemed unachievable prior to 2012.

The Syrian regime’s forces retreated from Afrin in 2012, after which the city, with a Kurdish majority, became self-governed, autonomous. In the wake of this rule, an economic system was passed, based on self-sufficiency through building an economic community, consisting of cooperative associations that guaranteed the area a successive growth in a number of fields, starting with agriculture and reaching industry and commerce.

Afrin gained an economic specificity due to several factors, on top of which are distancing itself from fighting, which preserved its infrastructure, especially facilities and public establishments, which the official government used to run prior to the new reign. This is backed by its geographical location, being at the borders with Turkey.

Afrin, in time, also become a commercial medium area, as it linked, by virtue of trade, the areas held by the opposition and others under the control of the regime, which gave its economic growth another push forward.

In October 2015, the Syrian Kurds held a conference in Afrin and backed it with another conference, in the same month, in the city of Rmelan, seeking to develop the economic plan in the areas under their control, which led to transferring about 50% of the factories and workshops from the destroyed city of Aleppo to Afrin, where the Economic Committee managed to provide their necessities.

A Chamber of Commerce and Industry was also founded in Afrin, and it managed to attract more than 450 merchants and industrialists between 2012 and 2018, as reported by Kawa al-Yousef, a member of the Economic Committee in Afrin, who was displaced to al-Hasakah at the onset of the military operations early this year.

For his part, Luqman Rustum, member of the Chamber of Commerce and Industry in Afrin, informed Enab Baladi of the size of the industrial and commercial machine in Afrin area, pointing out to the return of Afrin’s young people who worked in Damascus, Aleppo and Lebanon, though some of them had migrated to Europe later. The returnees formed a massive source of support and contributed to the development and expansion of the economic movement as they supplemented Afrin’s factories and workshops with their production and industrial expertise.

During its “economic renaissance”, Afrin excelled in the production of laurel soap, which was imported to Syrian governorates and Turkey back then. In 2017, the laurel soap’s production went over 35 tons. In addition to 400 sewing workshops that manufactured about four million jeans, Luqman Rustum said.
Rustum, who travelled to Germany, added that Afrin area contained three oil refineries, 20 stone and building material quarries and tow marble quarries.

At the level of real-estate, Nigervan, a real-estate broker from Afrin, who is now based in the city of Qamishli, said that the field witnessed an unprecedented activity through commercial and residential rentals as thousands of Arabs and Kurds were attracted to Afrin. The area’s population exceeded 400 thousand persons while it used to be 90 thousand in 2010.

Rents, according to Nigervan, varied between six and 25 thousand Syrian pounds for residential purposes, and swung between 10 to 180 Syrian pounds for shops, depending on the space, location and the targeted commercial or industrial activity.

The Turkish army, with the participation of the Turkey-backed opposition factions, managed to capture a large space of the area, including the city of Afrin, mid-last March, within the frame of the military operation “Olive Branch” that started on January 20, early this year.

The confrontations led to a Turkish siege over the area, which resulted in an economic downturn that inflated with the exchanged shelling between the Turkish army and the (Kurdish) “People’s Protection Units” that controlled Afrin, accused by Turkey for cooperation with the “Kurdistan Workers’ Party”, which both Turkey and America classify as a “terrorist entity”.

Afrin’s factories halted under the military operation and Kurdish media outlets accused the Turkish army of targeting factories and plants, according to which dozens of thousands of people lost their jobs as Kawa al-Yousef, member of the Economic Committee, said.

Al-Yousef has also accused the Turkish army for causing the destruction of the industrial infrastructure, estimated with millions of dollars, and blamed it for the dozens of industrial facilities that lost their machines and equipment, pointing out that the opposition factions have “stolen and looted” over 60% of these factories and facilities according to his estimates.

Turkey refuted the accusations officially and published videos showing the accuracy of the military operations and how they targeted military positions only.

The livestock, in Afrin, was also affected by the confrontations. The fierce fighting prevented people from reaching their cattle and, accordingly, from feeding them as al-Yousef said.

The shelling of Maydanki Dam, formerly referred to as “Nissan 17th”, on river Afrin, which provides massive areas in Afrin with drinking and irrigation water, has damaged 60% of the dam according to what Razan Shaikhmous, a member of the Farmers Cooperative Association, has told Enab Baladi.

The farmers inability to reach their lands and fertilize them because of the military operations cost thousands of them their yield, constituting another reason for Afrin’s people departure in addition to escaping battles and shelling as Razan said.

More than 150 thousand people were displaced from the city of Afrin, some took refuge in adjacent areas, under the control of the Democratic Union Party (PYD), and others returned to the area when the “Olive Branch” operation ended.

Turkey: We Are Staying in Afrin

The economic and social development plan is sometimes mentioned as a part of the “Olive Branch” operation’s agenda, for every now and then Turkish officials stress that Turkey will enhance the economic and commercial vitality in Afrin, which existed before the Turkish Army could control it, accompanied by the opposition.

Lately, Turkey has once more stressed that its forces will “temporarily” stay in the city of Afrin, for “development’s sake”, according to Hami Aksoy, spokesperson of the Ministry of Foreign Affairs.

On July 2, “Anadolu” Agency has quoted Aksoy as saying: “Life has returned to normal in Afrin, but the presence of Turkey in the area will go on for some time to continue working on its development”.

Turkey has gradually started handing some responsibilities to the local council, which the city people have formed, he added.

Early in May, the Turkish “Yeni Şafak” newspaper reported that the Turkish government will ask about eight thousand businessmen, in Turkey, to construct factories in Afrin; it is also working to create a free trade zone. Syrian people in the Turkish camps will receive a vocational training before they are integrated into the job opportunities these factories will generate.

Entering the city, the Turks offered a number of services and implemented infrastructure restoration processes, as an attempt at recapturing the normal tempo of life in the city as fast as possible, through maintenance of water and electricity networks and opening health care centers.

A former lecturer at the Faculty of Economy, Aleppo University, based in Azaz, near the city of Afrin, refused to mention his name, said that the talks about the gradual return of economic development to the city of Afrin are not accurate, pointing out that Turkey is pushing to come up with an economic basis that cannot be achieved easily in the coming period.

The lecturer believes that economic growth, most importantly, needs understanding and achieving a sustainable development which in the first place depends on natural resources and to which the cooperative associations, which the civil society construct, is a back bone as they generate environmental activities that increase income.

The security conditions, which formerly constituted the corner stone for Afrin’s march towards economic development and attracting investors and capital, are today lacking despite Turkey’s efforts at spreading an image of reassurance and security and that it lately handed the administration of the area to internal police that it previously trained.

Afrin’s reception of the people displaced from Eastern Ghouta, rural Damascus, and the northern countryside of Homs triggered a new challenge due to the lack of unity in terms of the civil society’s structure or the features of the social and political frames according to which these structures perform. Any hasty attempt at reaching general conclusions would result in a distorted understanding of the economic reality and the basics of its development.