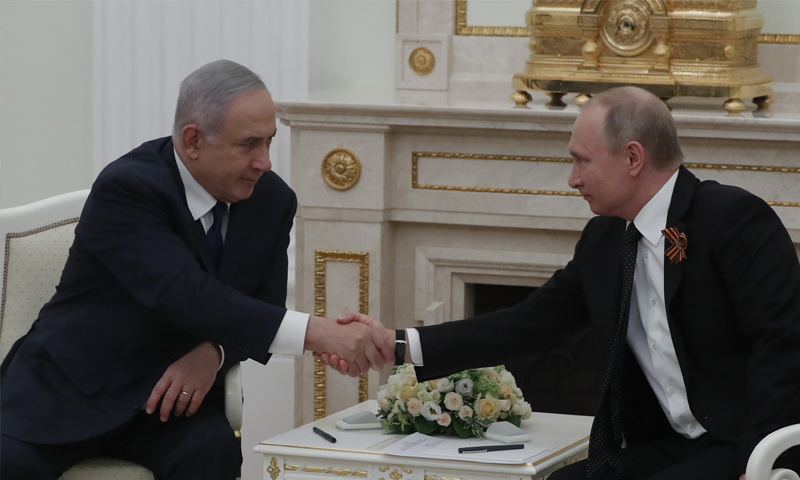 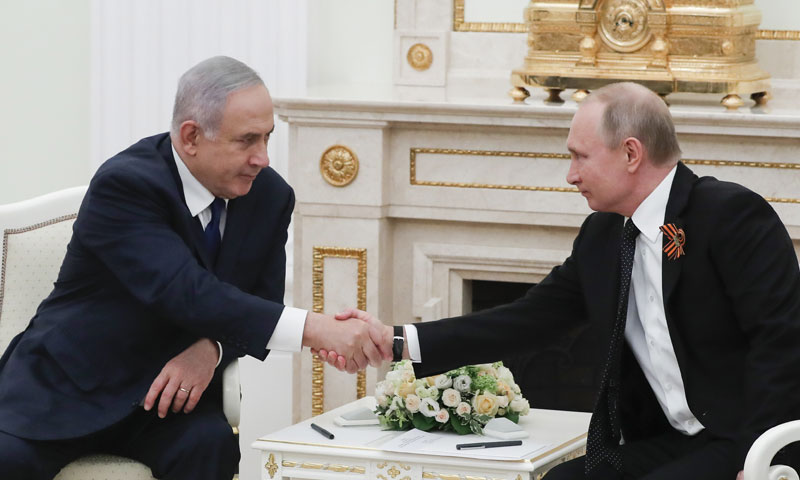 The shape of Southern Syria’s map is becoming apparent, following the agreement of the actor countries concerning it, headed by Russia baking both the Syrian regime and Israel, regardless of the area’s entangled and complex state, and its being a part of the “de-escalation” agreement, signed by Russia, America and Jordan in July 2017.

The current scenario, echoing within the Russian-Israeli political lobby, centralizes over Assad’s forces return to be in control of the Jordanian-Israeli borders in return for diminishing Iran’s role and sending its forces and militias away from the borders tentatively, before drawing them off Syria completely.

Extensive Meetings to Draft the Agreement

Following Assad’s forces control of the “Islamic States’” last strongholds in Southern Damascus last May, Daraa was at the heart of all the talks that ensued, as the futuristic destination for Assad’s forces, especially after the Russian statements which threatened that the “de-escalation” agreement’s nihilation is inevitable if the “Islamic State” and “al-Nusra Front” continue to be in the area.

In a proactive step, before Assad’s forces could move, Israel started searching for a deal with the Russian side relating to the area, especially that the regime and Russia both would not want it to interfere in the upcoming battle. Israel thus, started taking action and conducting diplomatic phone calls. Through the call that joined Vladimir Putin, the Russian president, and Benjamin Netanyahu, the Israeli prime minister and the meeting that brought together the Israeli Minister of Defense, Avigdor Lieberman, and his Russian counterpart, Sergey Shoygu, in Moscow (Thursday) May 31, Israel managed to arrive at a tentative agreement with the Russian capital.

Russia’s permanent representative to the United Nations, Vasily Nipinzia, has confirmed reaching an agreement that provide for the withdrawal of Iranian forces from Southern Syria, which is expected to enter into force in a few days.

According to “Asharq Al-Awsat” Newspaper, quoting a Russian official on June the first, the agreement is about diminishing Iran’s role in Syria and pulling its forces out. However, Russia believes that this objective requires time and arrangements and proposes a partial removal out of Southern Syria.

The two sides agreed upon Iran’s retreat for 20 km from the border area. Tel Aviv has, additionally, put another demand before Russia, the gradual withdrawal of Iran to a distance of 60 to 70 kilometers in an area extending from Majdal Shams to just beyond Damascus and from the border with Jordan to Suwayda, approximately, in relation to Southern Syria.

Russia has given Israel the green light to carry on limited military operations, in case its security was endangered, on the condition that these operations do not affect the Syrian regime’s resources or target its positions, in addition to the reconsideration of the redeployment of United Nations interposition force at the border area, while one of the proposed options provide for the deployment of Russian forces at the Syrian side.

Iran and the Syrian Opposition Have Both “Lost”

The price of the Russian-Israeli deal will be payed by the Syrian opposition, for the Newspaper has quoted an Israeli military source that the Israeli Minister of Defense has pledged before Russia as not to interfere in the Southern Syria battle.

The battle, in which Tel Aviv would not participate, covers three areas, which in a former interview with Enab Baladi “Abu Hudhayfa al-Shami,” a military leader in “Tharir al-Sham,” in Southern Syria, have named: Nasib Border Crossing that the regime has for years been trying to control, Tall al-Ḩārrah, considered the highest of all the hills in the northern countryside of Daraa, overlooking a wide space of both Daraa countryside and rural Quneitra, and the town of  Busra al-Harir, in eastern rural Dara, viewed as “one of the hidden targets that many opposition factions have not paid attention to” which Assad’s forces might exploit to start a real or a fake battle to distract the factions.

“Asharq Al-Awsat” Newspaper has reported that Russia has ensured Tel Aviv that “a group of the opposition factions will join the Syrian army in this area, and they have asked Israel not to hinder this mission; it has also requested that Israel does not respond to the mortar shells that might slide to Israel “since the Syrian regime is not running a war against you (Israel), and if any mortar shells shall reach you from there side, it would be by mistake.”

A Syrian Silence and A Shay Iranian Reply

For its part, the Syrian regime was committed to silence and avoided making any media statements about the Russian-Israeli agreement. In an interview with RT, on (Thursday) May 31, Bashar al-Assad, head of the Syrian regime, answered a question about Southern Syria with talking about terrorism and utilizing force against the terrorist factions.

Walid Muallem, the Foreign Affairs Minister, has linked the initiation of negotiations concerning Southern Syria with US retreat from al-Tanf, near the Iraqi-Jordanian borders.

The Syrian regime has not made any political statements, but it started undertaking military steps on the ground. Mohammad al-Saeed, the leader of the Palestinian “Liwa al-Quds,” operating as a part of Assad’s forces has explored a number of areas in the Quneitra governorate and the border line with Israel as a source has told Enab Baladi, who stressed that al-Saeed has roamed all the fronts in the villages in its surrounding, Madinat al-Baath and Khan Arnabah as an introduction to taking them.

“4TH Division” forces, in the past a few days, have also arrived at the Quneitra governorate to participate in the anticipated military operation led by Colonel Ghiath Dala, the head of the military group called as “al-Ghaith Forces,” which includes Officers, Junior Officers and Assad’s forces’ members of the “42 Armored” Brigade, a part of the Fourth Division.

The Iranian response took tow forms. The first was on the ground through the retreat of a massive number of its forces and the Lebanese “Hezbollah” fighters from their positions in the south, according to Enab Baladi’s source. The second was a shay political answer that failed to meet the size of the deal against it.

Iran made a statement through Ali Shamkhani, the secretary of the Supreme National Security Council of Iran, who told “Shargh,” an Iranian Newspaper, on June 2, that Iran supports the Russian led efforts to impose the Syrian government’s control on Southern Syria, while many reports inform that Damascus is preparing for a major military operation in the area.

“Stratfor” an American geopolitical intelligence platform attributed Iran’s approval of the agreement and abstinence from participating in the battle to its desire to preserve its relationship with Russia and to depend on it in the upcoming period, especially after America’s withdrawal from the nuclear deal, in addition to the fact that its taking a part in the battle might place it under a huge US pressure, which expressed its contempt over the violations in the “de-escalation” agreement’s areas and its desire that the Syrian regime manages to regain control over Southern Syria.

With the escalation of the statements and the battle drawing closer, “Hay’at Tahrir al-Sham” mobilized its forces in Southern Syria. On (Wednesday) April 30, “Ebaa” Agency has also published a statement by the leader of “Tahrir al-Sham” in Daraa, “Abu Jabber al-Shami,” through which he called on his fighters in the South to get prepared for the battle, expected to take place in a few days.

Al-Shami said that they are positioned at a border line, adjacent to an open desert in which they cannot be besieged, calling the fighters “to galvanize action and get ready to combat the Syrian regime’s campaign against the area.”

For its part, “Shabab al-Sunah” forces, functioning under the “Free Army,” paraded its members and weaponry in Daraa governorate and posted a video on “YouTube,” on (Friday) June the first, in which dozens of military vehicles, tanks and artillery weapons in the eastern countryside of Daraa were shown. The weaponry included “BMP” vehicles and armored vehicles provided with medium machine-guns.

In the past a few days, the leaders of the “Free Army” in Daraa have threatened Assad’s forces that they will turn the area into a cemetery for their bodies, if they were to launch an operation against them. Omar Zagloul, the leader of “Usoud al-Sunna Division,” has warned of the fake media propaganda, considering that “the regime’s media machine is spreading it to weaken the people’s spirit in Southern Syria.”