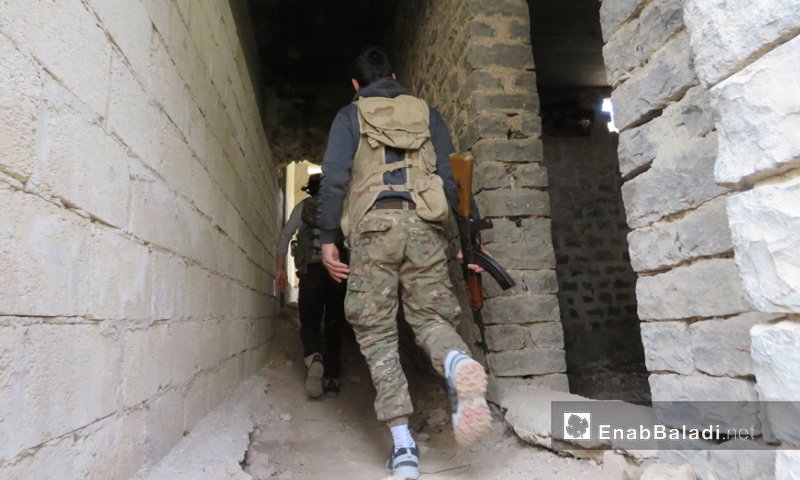 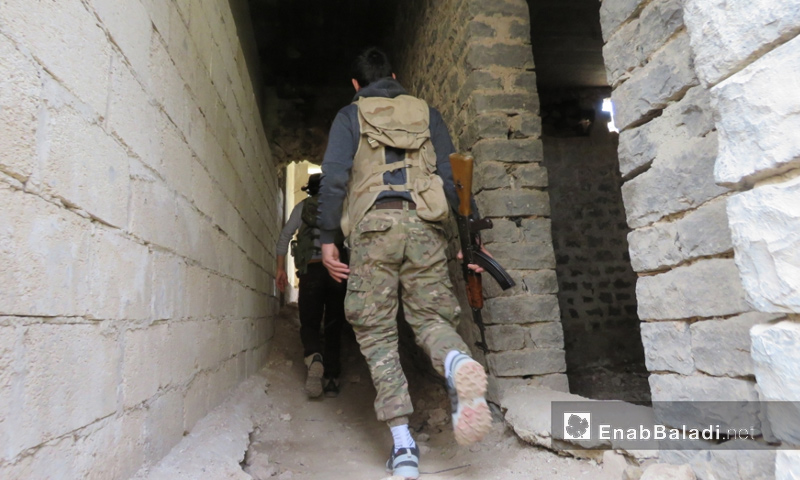 Assad’s forces and alley militias are conducting on-ground military movement against the opposition in the northern countryside of Homs, in sync with negotiations between the area’s committee and the Russian side; this movement will draw the area’s fate in the upcoming days.

The forces backed by local militias in the western countryside of Salamiyah, to (Saturday) April 21, are trying to progress on different axes towards the towns and villages of al-Hamrat, Slim, Ez-Edin to reseize the points to which the opposition has progressed, towards the town Taldara, which was the launching point of the “Eagles of the Whirlwind” militia.

A Military Movement Stopped by an Agreement

The factions, active in the northern countryside of Homs, have formed a unified military leadership, to be the only representative of the political and military decision, early in April, as a proactive step to any military operation on the part of Assad’s forces and alley militias, under the name of “The Unified Leadership in the Central Area.”

Since mid-April, statements from regime affiliate entities started to be made, one of them appeared in “al-Watan” newspaper, through which it mentioned a military operation of a wide range in the area; the area, actually, has witnessed an intensified shelling that it did not experience for months, leading to casualties among civilians.

Confrontations between the opposition factions and Assad’s forces were conducted at the fronts of the southern countryside of Hama and the northern countryside of Homs, from the axes of the towns of Qubbat al-Kurdi, Ez-Edin al-Hamrat, Ez-Edin and Jumaqliyah, as well as the village of slim. The “Fourth Legion”, recently formed, announced targeting Assad’s forces positions, repeatedly and using missiles, in the city of Homs, and on the road between the latter and Salamiyah.

After the confrontations have calmed down, due to a sedation agreement for days with the Russians, the leader of the middle sector, Colonel Brigadier Ibrahim Bakar (Abu Khalil), survived an attempted assassination via an explosive device planted in front of his house, located in the Houla area.

The negotiations concerning the area’s fate have not yet been resolved, even though the negotiations committee has issued a statement, on (Wednesday) April 18, saying that it has met with the Russian side in the al-Dar al-Kabirah crossing, despite the latter side’s insistence on changing the meeting’s location to the al-Safir Hotel in the city of Homs or to the areas under the regime’s control.

The committee has added that the session discussed a number of points which relate to the area’s both current and futuristic situation; there was an agreement to cease fire to the meeting’s time, (Sunday) April 22, providing that the Russian side shows commitment to the cease fire.

According to Enab Baladi’s sources, the meeting includes the introduction of the tow sides’ point of views and their visions about a solution and the finalization of rural Homs’ file; while the Syrian regime did not comment on the meeting. Enab Baladi’s reporter has pointed out to air raids that targeted the city of Rastan in correspondence with the meeting.

The lieutenant colonel Talal al-Mansour, the military official in the “Fourth Legion,” told Enab Baladi that the faction agrees to any serious negotiations that would not lead to the displacement of civilians and the destruction of the city.

He added that the leaders “will do their best to stay on our land; in case there was not an agreement and escalation started, we are ready.”

Informed sources told Enab Baladi that negotiations between civil committees and the Syrian regime are taking place as to neutralize the area from the military action, in return for opening Damascus-Hama international Highway, which passes through the area.

The people fear that the regime will dedicate its efforts, backed by Russia, as to finalize the area’s file, the way it has done in Eastern Ghouta after the military operations have ended there, exploiting the siege over the northern countryside of Homs and its alienation from other opposition faction’s fronts.