Eastern Ghouta: About 300 Killed in Three Days of Bombardment 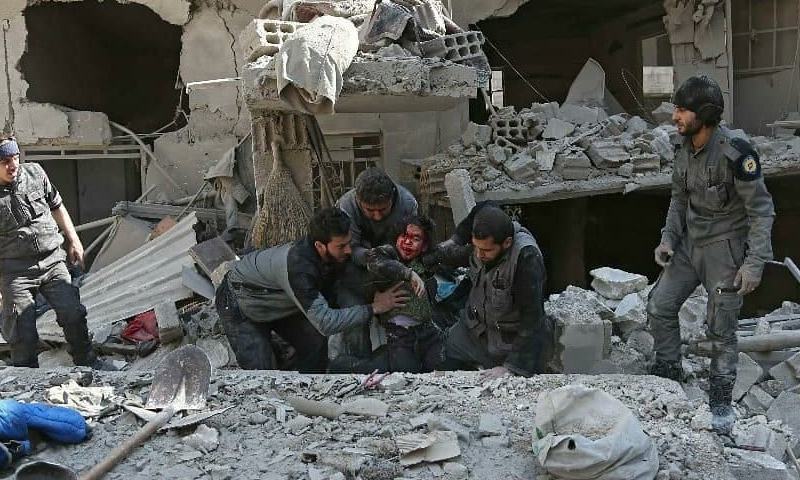 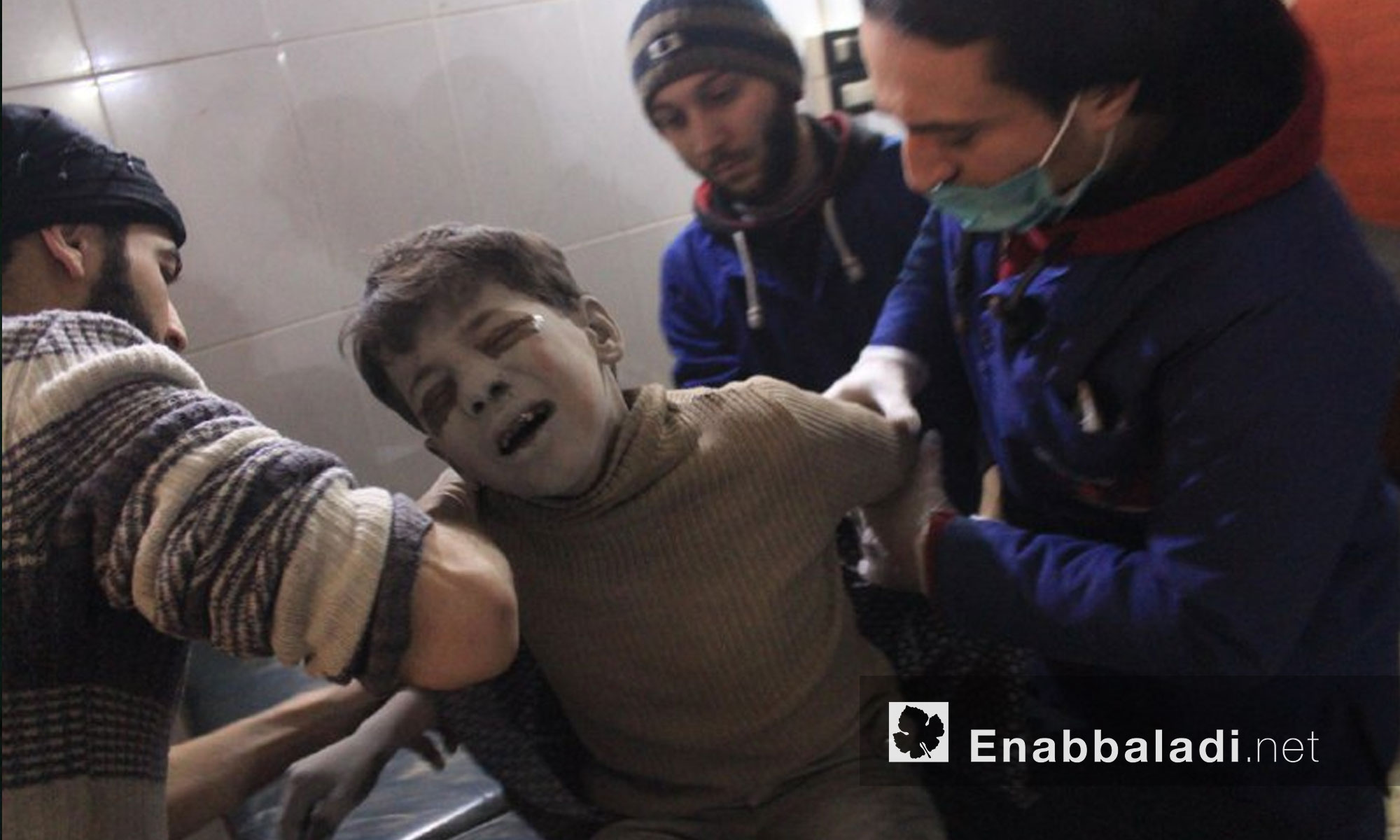 The Directorate of Health in Damascus and its countryside, under the Syrian Interim Government, declared the death toll of the bombardment of the cities and towns of Eastern Ghouta since last Sunday night.

The last three days’ death toll, according to the Directorate’s statement, on February 22, was 291 civilians, while the number of the injured was 997 civilians.

The Directorate stated that the number of casualties between last Monday and Tuesday reached 211 civilians, including 43 women and 35 children, as well as 697 wounded and 199 surgeries, three cases of which were amputation operations of top parts.

Yesterday, the number of casualties was more than 80 deaths and 300 injuries.

The Directorate pointed out that the bombardment led to the death of three medical staff members; it also targeted two ambulances and rendered a number of medical centers, including hospitals and basic health centers, out of service.

The attack which the Syrian regime and Russia have launched against the cities and towns of Eastern Ghouta, this morning, has entered its fourth day, leading to the death of 14 people to the time of writing this report.

The statement corresponded to a report by “Doctors without Borders” organization, in which the organization confirmed that the hospitals and clinics, it sponsors in Ghouta, have reported the injury of 1285 civilians and the death of 237 others, in the two and half days in ten medical centers that the Organization fully funds.

The bombardment also led to the destruction of 13 hospitals and clinics that are funded by Doctors without Borders Organization.

The Security Council is expected to hold an open meeting today, at the request of Russia to discuss the area’s situation.

A draft resolution submitted by Kuwait and Sweden for a one-month humanitarian truce is expected to be voted on during the meeting.