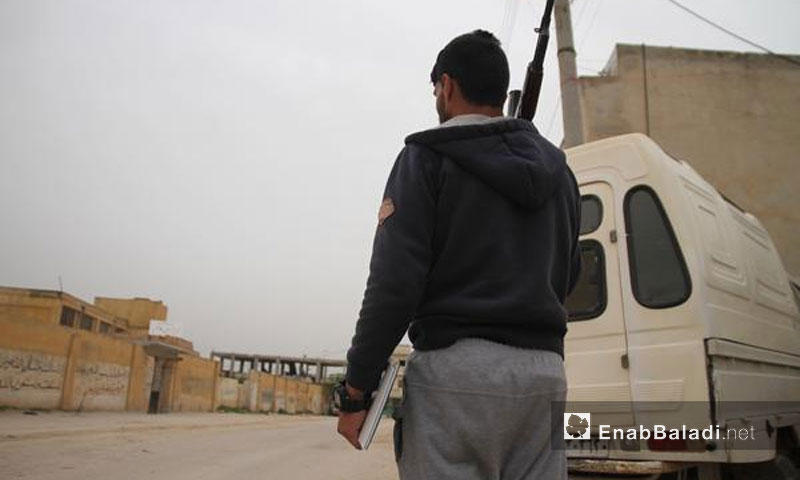 The destination of opposition factions’ members in Idlib varied after the governorate went under the “de-escalation” agreement and the cessation of the battles there. Many stayed within their military formations, others decided to inter the labor market and continued their lives, and some searched for means to pursue their university education, which they left with the beginning of the revolution.

The shift from being a fighter to become a student is not easy. The shift demands a critical change in life style; there will be a turn from constant fighting and stress to a routine based university life. This is how the process has been described by a number of fighters who have experienced the shift.

From Fighting to Studying

Abdul Hadi Nashar, a former fighter with “Sham Legion,” is a second year student in the Informatics Engineering Department in Idlib University. He told Enab Baladi, that after a long process of thinking and studying the whole matter, he began to pursue his university education this year.

Abdul Hadi points out that he completely stopped fighting and went to university, “as is the case with many of the fighters who took that step, with the cessation of the fighting.”

The former fighter did not rule out the possibility of returning to fighting, although he needs time to study and adapt to the new atmosphere. “I have stopped my military participation. But after adjusting to the new situation, I will be back to the battlefield, in addition to studying at the university.”

There Are Conditions to Study at Idlib University

Enab Baladi interviewed Zakaria Khlaif, head of the Student Office at the University of Idlib. He said that faction fighters are not offered any privileges; they are admitted to the university as if they were normal students.

“Things were going well. However, I could not complete my engineering studies without going back to “the very beginning,” added Abdul Hadi who had a problem in getting a transcript from “al-Baath University,” which is run by the Syrian regime.

According to Abdul Hadi, the obstacle of getting the transcript, more than once, made him think of quitting the idea before he managed to find a person who has helped him in getting a transcript after paying bribes, which almost reached 300 dollars.

These bribes might have prevented many young people who thought as Abdul Hadi for the sum he paid might be difficult to raise. However, they are temporarily resorting to a written commitment that guarantees that they will get a transcript later.

The Head of Students at Idlib University described the written commitment as a “temporary procedure” and stressed that getting “the transcript is necessary for full graduation.” In case the student fails to get the transcript, he pointed out, the university will only provide him with a certificate that attest to the courses he studied.

Khlaif suggested that those who wish to complete their university education, including fighters and non-fighters, should better study the first year’s courses if it was impossible for them to get a transcript. Some of the students, interviewed by Enab Baladi, thought that this is “unfair” and called on the university to find solutions which eliminate the need to return to “Assad’s universities”.

Hussain al-Ghabi is a third-year student in the Faculty of Shari’a at the university and is affiliated to the “Islamic Ahrar Al-Sham” Movement.

According to Hussain, the Movement is still paying his university fees, in addition to granting him provisions to get university needs. This helped and encouraged him to continue studying.

The young man said that “Ahrar Al-Sham is not the only faction that is helping its fighters to study. He confirmed that most of the military factions in the Free Army are contributing to this, for most of the leaders recognize the importance of educating fighters.”

Despite the facilities and the obstacles which student fighters are facing, the situation relates to the flexibility of the fighters in dealing with the phases they are going through, and their strife to improve themselves.