Kidnapping as an Organized Phenomenon that Threatens the Syrian Fabric 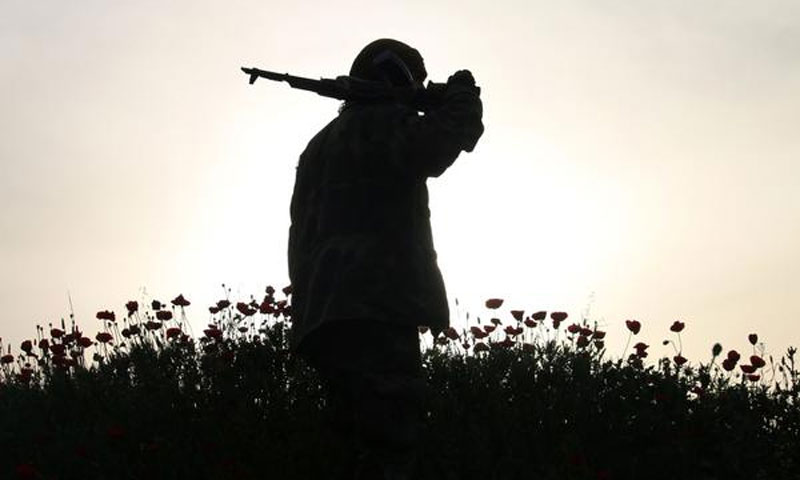 You Are from Daraa then You Are a Target

“I used to work as a cargo car driver, between Daraa and Damascus. Every day, I took the road that passes through Sweida. On a January day, on the way back from Damascus, a group of armed men stopped me in the village of al-Mazraa in rural Sweida. Under threats, they forced me to leave my car and put me in a different one.

They led me to a house.  Later, I discovered that it was located in Rimat al-Luhf town in Sweida governorate.

More than once, I told them that I had nothing to do with the kidnappers. However, they had an unvarying response: ‘You are from Daraa then you are a target’.”

Where Is that Faithless Druze Man?

“I work in the field of car’s instalment between the governorates of Daraa and Sweida. Once, I was driving my car towards Basma village in rural Sweida; armed men stopped me, and, under the threat of arms, they put me in the car trunk. About two hours later, we reached an unknown area, which I later found out to be located in the al-Lujat area.

They placed me in a room that seemed like a basement. They told me that someone called “al-Sheikh” would investigate me.

It was clear, that the kidnappers were professionals and that this was not their first time.

When “al-Sheikh” came into the room, I heard him saying: ‘Where is that faithless Druze man?’.”

Killing and torture, as well as blackmailing accompany the process of “kidnapping” and “counter-kidnapping” between Daraa and Sweida governorates.

Kidnapping civilians is one of the most dangerous violations spread in Southern Syria. The people describe the phenomenon as organized and overt; its social, ethical and economic repercussions threaten the regions civil peace.

The number of kidnappings decreased in the months following January and returned to rise again. At least 65 kidnappings were documented in August 2017.

From January 2017 to the end of August, there were at least 300 kidnappings, according to a report by the Syrians for Truth and Justice (STJ) Organization, titled “Kidnapping as a Tool to Disintegrate Social Fabric” and other informed sources.

How Did the Story Begin?

The kidnappings began a few years ago when a number of police officers, from Sweida, have been kidnapped to trade them for people detained by the Syrian regime. Gradually, the process was used for getting a ransom. The people of Sweida used to pay the ransom or resort to connections to release captives.

However, the frame of “kidnappings” went larger and there were “counter-kidnappings”. For example, some party kidnaps a person from Sweida in Daraa and demands a ransom that might reach 50 million Syrian pounds from the family. In return, gangs from Sweida kidnap five people from Daraa and ask for a ransom of 10 million for each person to collect the needed ransom.

This is how Enab Baladi’s reporter in Daraa described the emergence of the kidnappings between Daraa and Sweida. He added that the situation, now, has reached the point where kidnappings are done to get a ransom from the gangs which belong to the two opposing partiesـــ a single gang might work in two different places and demand large amounts of money.

Sweida’s gangs implement their kidnappings throughout Sweida; they specifically target the people who have been displaced from Daraa to live in the city of Sweida and the villages and towns surrounding it.

The two parties use similar kidnapping mechanisms, the kidnapped is surprised with a temporary checkpoint while passing the road.

The kidnapped is either monitored by kidnappers, who capture him upon reaching the checkpoint or wait for him to reach it and then capture him after observing his identity document. It is very rare for kidnappers to break into the kidnapped house.

How Kidnapping Gangs Are Classified?

According to “Kidnapping as a Tool to Disintegrate Social Fabric” report, the gangs responsible for the kidnappings can be classified according to goals, intentions or means:

Gangs that Kidnap for Money (Ransom):

These gangs abound in the north-western region of Sweida governorate because the towns of this area are in direct contact with the towns of Daraa’s eastern countryside and the towns of “Al-Lujat” area.

Gangs that Kidnap to Settle Scores:

These gangs operate due to disputes with other gangs, including arms, drugs and fuel dealers in the two governorates.

These gangs operate to destabilize the social relations between the inhabitants of the two governorates and to exploit the diversity of their components.

These gangs, affiliated to certain bodies in Daraa, kidnap people from the city of Sweida to create a pressure on security branches and force them to release detainees.

With the help of some people, a person hides for two hours. News about the kidnapped is spread so that his family would start a counter-kidnapping operation. The family of the real kidnapped person pays a ransom to release their son; the money typically goes to the family of the hiding person.

Bassam al-Ahmad, the director of “Syrians for Truth and Justice” Organization, described the two phenomena, “kidnappings” and “counter-kidnappings,” as one of the hideous violations which appeared after the Syrian conflict broke out, especially that they involve accompanying violations, such as torture, enforced disappearance, killing, financial blackmailing and similar activities.

He told Enab Baladi that it is important to mention that with both Kidnappings and counter-kidnappings we are not talking about individualistic efforts. Rather, we are discussing organized operations carried out by people linked, most of the time, to the Syrian regime’s security matrix in Sweida governorate and others related to armed factions in the opposition-held areas.

“There is another hideous face to these phenomena, which is that most of the kidnapped are victims of criminal goals and intentions; they are thrown into this whirlpool. Some of the victims’ families are even turned into violators for they have conducted similar kidnappings to get their beloved ones back,” he added.

Al-Ahmad pointed out that, in the legal sense, kidnapping is a practice that is classified under several names and practices prohibited by international law.

It is also possible to classify the phenomenon under the scope of hostage-taking, enforced disappearance or deprivation of liberty. All of these practices are known to be prohibited. We should not forget that there are other types of related violations, such as fear for the victim of torture, mutilation, inhuman treatment or even murder, apart from the suffering of parents (father, mother, sister and brother), or wife and children.

Al-Ahmad referred to UN Security Council Resolution 2139 of 2014, which strongly condemned the arbitrary detention of civilians in Syria, as well as kidnappings and enforced disappearances, and demanded the immediate end of such practices and the release of all persons arbitrarily detained.

According to the international law, kidnappings may fall under the prohibition of hostage-taking and enforced disappearance; in general, they at least form an arbitrary sort of deprivation of liberty, thereby violating the individual’s right to liberty and security.

Al-Ahmad said that paying the ransom to release an individual who was taken hostage by a terrorist group might be contrary to certain international obligations that bind the State.