A Businessman Establishes the Third Private Airline in Syria 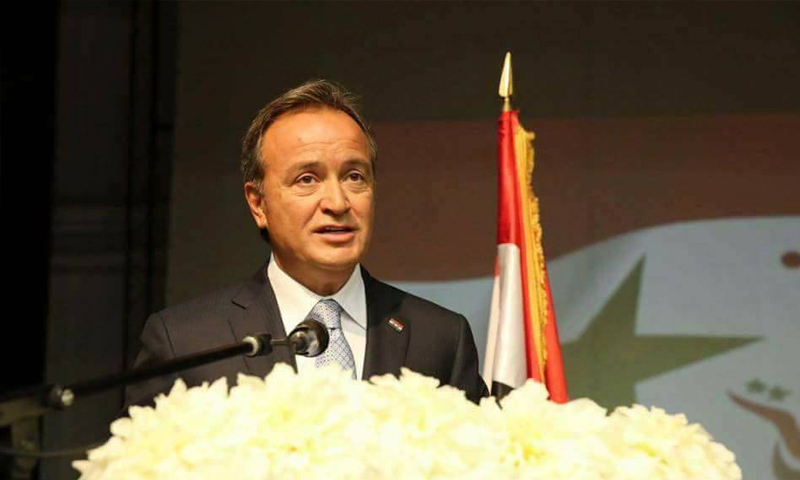 The Syrian businessman and expatriate, Mazen Al – Tarazi, announces the establishment of a third private airline in Syria, according to the local website, the “Economist.”

On December 28, the Website mentioned that the company’s headquarters will be in the city of Saidnaya, in eastern Kalamoon and that 85% of the shares would go to al – Tarazi and the remaining 15% would be distributed to his sons, Khalid and Ali.

The company’s nominal capital is 70 million Syrian pounds. It offers the services of air transportation for passengers and commodities from and to Syria and, as well as the purchase, rental and aircrafts’ investments.

Al-Tarazi, who for years has been living in Kuwait, is one of the businessmen considered as close to the Syrian regime and has commercial ties and investments in Syria.

In 2014, the businessman allocated a private jet at his own expense to transport Syrians from Kuwait to Syria, back and forth, to participate in the presidential election, which won by Assad amid international criticism and accusations.

In 2015, he also launched a campaign called “Back to Syria” in which he paid the expenses of the Syrian young people’s return to Syria from any part of the world, seeking to help those who could not afford a return.

These actions motivated Assad’s supporters to consider him as the typical citizen, loyal to his homeland and people, while Assad’s opponents categorized him among those who benefited the most of the Syrian regime’s corruption and “one of the Syrian war’s hyenas”.

Being affiliated to Assad, the US Treasury Department put Mazen al-Tarazi on the sanctions list in 2015 and froze his assets in the USA.

Along with other businessmen, he was charged with “acting as a commercial cover for the Syrian State, whose task is to transfer and smuggle money through bank accounts”.

This company is the third in Syria after “FlyDamas” and “Sham Wings,” that is owned by Shammout Group.