Syrian Entrepreneurs Prepare for Reconstruction With Support From World Bank 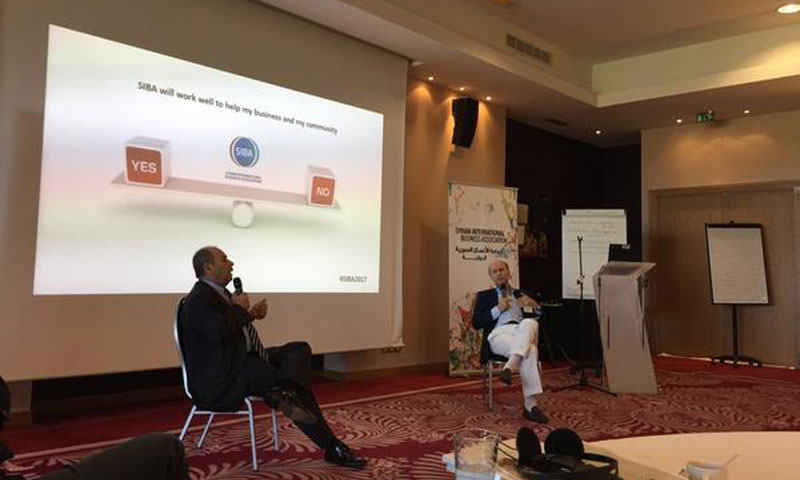 This year has witnessed intensive meetings of Syrian business-owners abroad, most recently in the French city of Marseille in July which resulted in the establishment of the Syrian International Business Association (SIBA) formed through a World Bank initiative.

It is the first time the World Bank has cooperated with organizations instead of countries, with the partner companies distributed throughout 10 countries including the United Aarab Emirates, Jordan, Egypt, Lebanon, Turkey, Germany, Britain, France, the United States and a number of South American states.

The aim is reconstruction

Rami Sharrack, deputy director for the Syrian Economic Forum (one of the Association’s founders), said that in the initial stage the aims focus on representation of the Syrian business sector outside Syria, establishing companies and coordinating with international and non-governmental organizations to invite Syrians’ investment and ensuring a good and fair business climate. He added that in the second stage the move aims to bolster the concept of entrepreneurship among Syrians, in addition to strengthening participation of Syrian youth and women as economic actors in these countries, while exchanging knowledge, information and data for the sustainability of business and investment opportunities. The final aim is the create a positive image of the Syrian business community in the diaspora.

The view among economic analysts and on social media is that the primary aim of establishing the SIBA was to prepare foreign-based entrepreneurs for the post-war reconstruction stage in Syria under the World Bank umbrella, something which Sharrack has confirmed.

“The Association’s aim is to strengthen relations between actors such as Syrian businessmen in the diaspora and to find economic opportunities which can be relied upon in the future as the basis for a reconstruction stage, as well as to establish an economic and social model in Syria,” he said.

The SIBA has faced accusations that the Association is just a tool in the hands of the World Bank, which will try to drown Syria in debt and put the country at its mercy, as it has done in other countries such as Egypt.

But a spokesperson for the Economic Forum’s media office told Enab Baladi that “there will be no direct intervention by the World Bank in the Syrian economy through the Association,” adding that, “we are talking about an association of Syrian businessmen and women, not a government, which is an exception in the Bank’s work.”

This is the first time that the World Bank has supported an association including businessmen which is separate from government. According to Sharrack, the reason is due to the stories of success from foreign-based business-owners over the last six years, and their swift investment abroad, which drew the attention of the World Bank and motivated it to support them on a global level.

The SIBA is currently composed of a group of Syrian businesspeople and has opened the door for any commercially active Syrian entrepreneurs in these 10 countries to join. Its founders say they do not consider the political background or factionalism on behalf of one side or the other, either supporting the regime or opposing it.

Sharrack responded that the charges against SIBA that it has included people working with the Syrian regime and the Syrian businessman Rami Makhlouf (a cousin of Syrian President Bashar al-Assad) by saying: “During the Association’s founding, the discussion did not address any political issue.”

The foundational meeting also did not address the long-term economic agreements signed by the Syrian regime with Russia and Iran, which have exploited Syrians’ rights over their resources for decades.