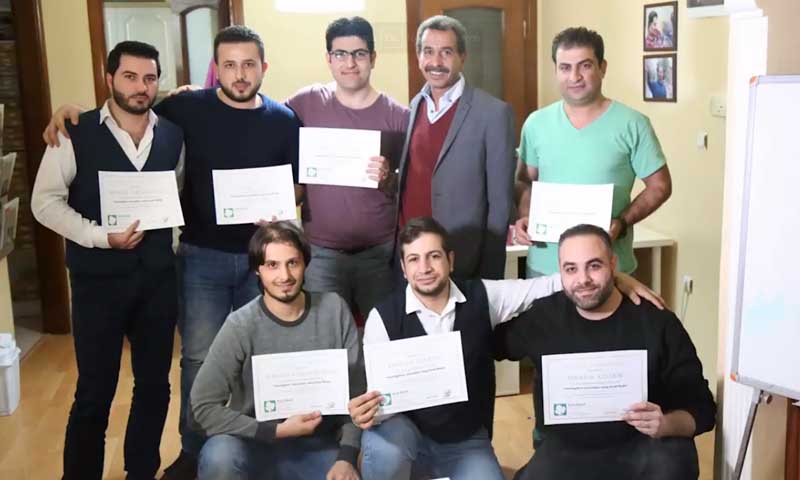 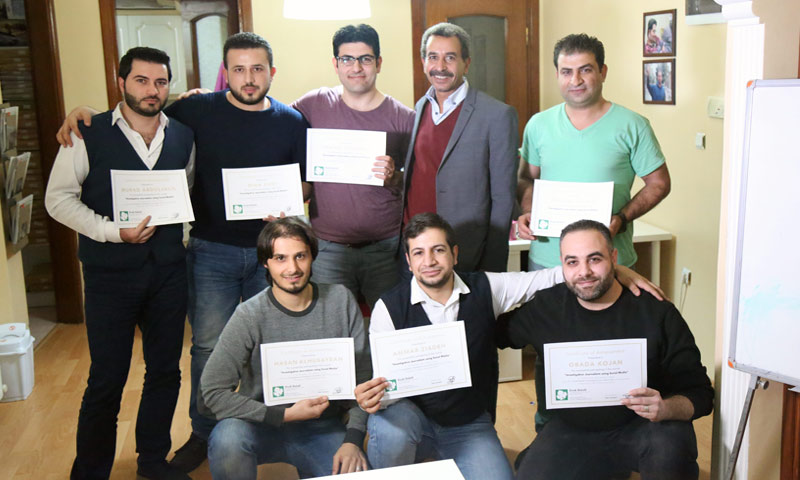 Al-Zayat devoted two days of the workshop to train journalists on the method and the phases of drafting “the investigation hypothesis”, he used theory and practice as well as examples. The participants were tested in writing the hypothesis and dividing it to parts and sources.

By the end of the workshop, the participants learned how to draft a plan in order to produce investigative reports starting with primary research, planning and implementation, montage phase, writing the script and final editing.

Al-Zayat commented on the significance of generalizing this type of journalism in Syrian media saying, “The situation in Syria needs investigation journalism. The subsequent events make viewers and listeners unable to follow up and understand. There are many secrets and hidden facts in the Syrian crisis. Besides, parties involved in the conflict are hiding facts for a propaganda of war that hides the truth.”

Eight Syrian journalists participated in the workshop. Six journalists are from Enab Baladi organization and the two others are from Sham Network and Syrian Network for Printed Media.

The unit established a plan until the end of 2017. The plan includes conducting 5 specialized training workshops and 40 training seats. The objective is to train at least 10 investigate journalists from different Syrian institutions.