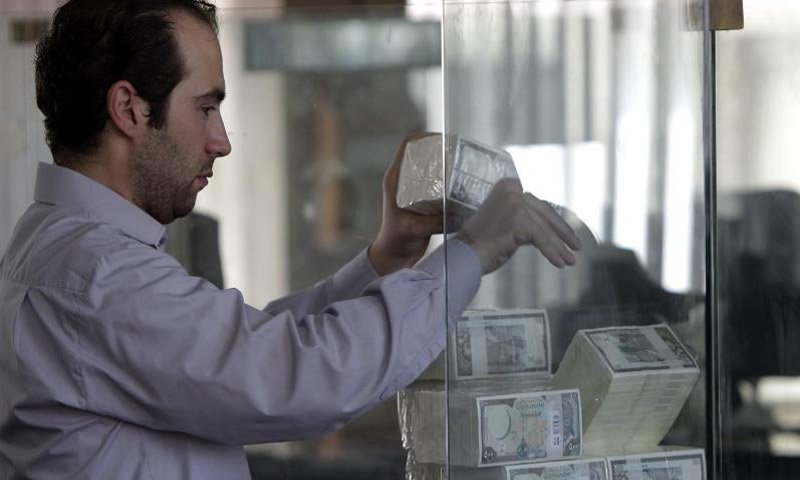 Syrian citizens have called for the resignation of the governor of the Central Bank, Adib Mayaleh, in response to the pound’s collapse against the dollar.

The loyalist Damascus Now page on Facebook on Monday, May 9, called for Mayaleh to resign from his position if he is unable to protect the Syrian pound from further collapse.

Citizens have loudly demanded in recent days that the regime government intervenes to prevent the collapse of the pound, which reached its lowest levels against the dollar after plummeting more than 625 pound to the dollar.

Syrians’ anger at Mayaleh comes after his statements and his interpretation of the pound’s decline, which his critics claim was “divorced from reality.” The Central Bank released a statement in which it said: “The confusion that has occurred in the foreign exchange market, and what is being marketed as the exchange price for the Syrian pound against the dollar, comes as part of the vicious campaign to pressure the Syrian people.”

In February, Mayaleh attributed the cause of the exchange rate’s fall in Damascus to the flight of militants and their families to Turkey, taking large quantities of dollars with them, because of the army’s advances, making him a laughing stock on the Syrian street.

The former Economy Minister, Lamia Assi, said on her Facebook page that, “One of the reasons for the collapse of the pound is that confidence in the Syrian currency has been shaken, as a result of the large and successive rises in the dollar’s price compared to the pound, and the successive failures of the Central Bank’s policies.”

The Syrian pound has seen a sharp decline in its purchase value against foreign currencies, in light of the Central Bank’s inability to take any measures to limit this deterioration, with the exception of its call for an intervention session. But Syrians are not counting on these interventions and the pound fell further in the period after they were announced.

The Syrian pound is on its way to “a slow death,” according to some economic analysts, in light of the regime government’s inability to take steps to limit its fall, apart from “timid” intervention measures by the Central Bank.