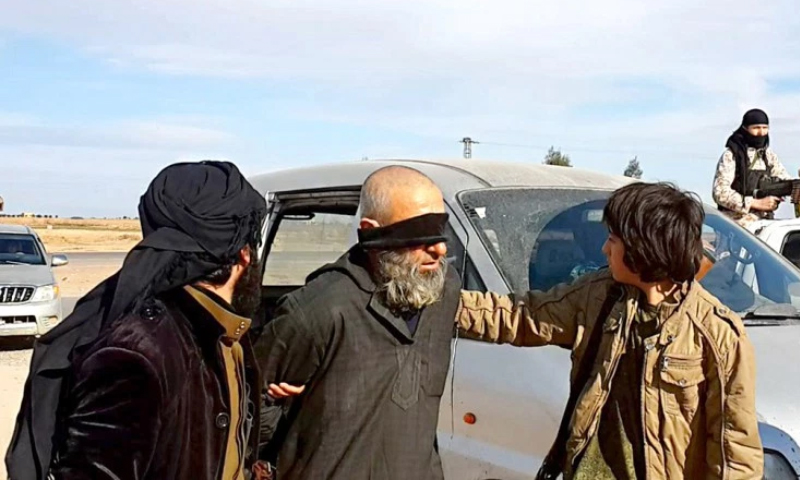 Syrian activists said that a number of inmates held in prisons of the Islamic State group in the city of Tabqa escaped late last week, with the group imposing a state of security in response.

The “Raqqa is Being Slaughtered Silently” campaign said on Wednesday, May 11, that 20 prisoners managed to escape the prison, and were currently attempting to reach a safe area outside the borders of the group’s control.

The campaign reported that one of the escapees (it declined to reveal his name) said that ISIS militants had arrested one escapee and killed him after interrogating him, indicating the group was trying to locate the other runaways. The campaign confirmed there were about 40 women detained in the prison, some with children, facing various charges.

The prisoner told the campaign about the nationalities of those in charge of the prison, saying the majority were from Raqqa, and that there was one Iraqi figure described as the “hardest and harshest,” who was directly responsible for torturing inmates. He added: “Most of the prisoners are from Raqqa, Aleppo, Idleb and its countryside, and there were Arabs from non-Syrian nationalities.”

ISIS is holding hundreds in its prisons, according to rights groups, and has executed many of them over the last two years, with charges ranging from “apostasy” to “blasphemy” according to strange and harsh methods expressing its extremism, analysts say.

The group’s prisons have witnessed continuous attempts at escape, including some which are ultimately successful while others fail, “but what is constant is that all prisoners aspire to be free from the hands of these criminals,” according to an activist from the town of al-Mayadin, which last year saw prisoners flee from a prison controlled by the group. ISIS guards were accused at the time of helping the prisoners escape.