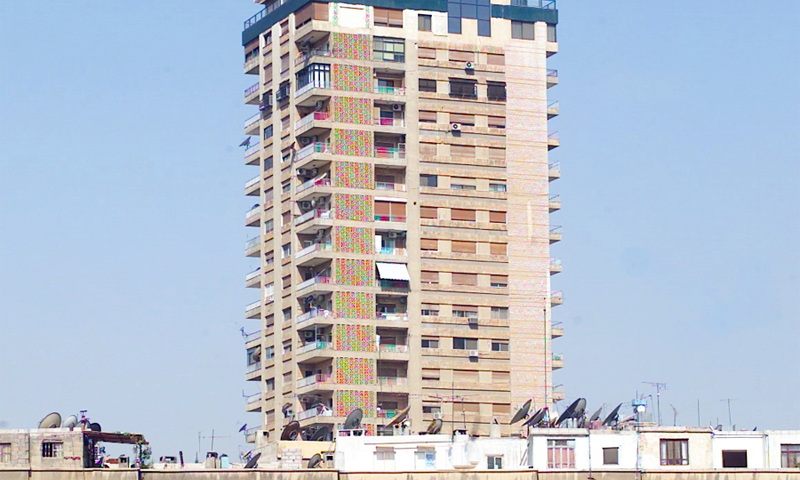 After years of a stand still state in the real estate markets caused by the war in Syria, the markets have lately witnessed a huge activity on both the regime and the oppositions sides caused by many factors, most notably is the temporary truce between the fighting sides and the record levels of the exchange rates of the Syrian pound against the us dollar, which reached 510 Syrian pounds per dollar.

With a 30% increase in the exchange rate in the past few months, the real estate markets raised about 15% in Damascus and some other provinces, according to what real estate salesmen noted to Enab Baladi. Therefore, many Syrians converted their saving methods from foreign currency into buying real estate assets, whether residential or commercial.

It is not possible to find furnished or non-furnished apartments in Damascus or Aleppo in the regime’s territories that is convenient with the income levels of the citizens. Real estate salesmen and people think that rents are priced irrationally; prices are raising between 15 to 25% every six months amid expectations of a substantial price rise over the next summer.

The big movement on property prices emerged clearly since the beginning of this year, and people shifted towards real estate and gold in order to ensure their savings of the Syrian pound, which was losing value by the day, which some real estate salesmen in Damascus believe to be the leading factor driving the prices. This public demand gave real estate offices and companies specialized in real estate development hope in the feasibility of investment in this sector, despite the circumstances.

For the citizens in the countryside of Damascus, the sale prices of residential apartments were no better case than that of the rents, as the price of one meter “attired” ranged between 100 and 150 thousand Syrian pounds to exceed the former prices prior 2011, which were ranging between 13 and 24 thousand pounds, with a four-times rise, bringing the price of an apartment in the suburb of Jaramana and Qudsayya to about 20 million Syrian pounds.

Dozens of pages spread over the social networking sites specialized in selling real estate. These pages offer apartments and shops in various areas of Syria, most of which are for sale, not to buy, in a move interpreted by market followers as a desire by owners to sell their homes and properties for traveling and migration reasons, since the Syrian crisis has entered its sixth year with no real chance of a solution that ensures the survival of the Syrians in their homes.

Any observer of “Facebook” real estate trading pages will notice a large demand on rental at the expense of purchasing due to the high prices of real estate, those who wish to live within the neighborhoods of the city of Damascus cannot find a house to buy for less than 20 million Syrian pounds, (a non-furnished house), nor can those who also wish to rent a house do so without paying a 150-200 thousand pounds per month.

These prices were not that high almost two years ago, nor were they the same before 2011, when it was possible to rent an apartment for a year for 200 thousand Syrian pounds, but brokers and intermediary realtors argue that real estate prices are still the same, yet what happened is a sharp drop in the value of the Syrian pound, which negatively affected the purchasing ability of citizens.

For example, an 80 meters space residential apartment in the Rukn El-Din area, two rooms and a salon, is priced at 38 million Syrian pounds. Another house in Assad El-Din area with 85 meters space is 18 million, as well as the price of another house in the same area, with 90 meters space and a garden of 60 meters, is around 60 million Syrian pounds. The price of real estate in this area has reached this level due to a high demand on purchasing and leasing as a result of population density and for being “acceptable” area, and the residents belong to the middle class and are also displaced people from the countryside.

A covert Agreement to raise prices

As the crisis in Syria keeps continuing, many citizens are showing a great desire into buying and owning real estate rather than renting, especially in Damascus and its countryside, and thus avoiding the monthly payment for rent which is estimating an average of 100 USD in the common and middle class areas, such as Masaken Barzeh, Rukn El-Din and AlZahrea and others. Yet this is somewhat a relative case and does not apply to most areas; it is linked to a large extent of the availability of liquidity and the financial condition of the people wishing to buy.

Bilal Hussein a 35-years-old says, he was forced to buy a house in Al Mazraa area due to the difficulties in finding a house for rent, the high prices in that area and most areas of Damascus, noting that there is “hidden” agreement between the house owners and brokers to raise prices with the absence of governmental supervision. Hussein’s words are consistent with what brokers have said to Enab Baladi that apartment prices are automatically making a 25% rise every three to six months.

The opportunities for citizens to obtain apartments – especially at random neighborhoods – is very high due to the oversupply and the desire to preserve the value of the currency by turning it into real estate, which activated the market over the past three months. However, significant obstacles face those who wish to buy a property in the regime’s areas, including the need to obtain security approval that allows the buyer to own property in a certain area, any contract cannot be conducted without it. Citizens say that the regime applied these decisions in order to ensure the loyalty of people living in the areas under his control, having thousands of citizens fleeing into these areas, whose homes were destroyed by bombing in the countryside of each of Damascus, Aleppo and other provinces.

The United Nations, Economic and Social Commission for Western Asia (ESCWA) published in 2014, a report revealing that the number of homes destroyed in Syria was two million house, 678 thousand homes of which are destroyed once and for all, and 509 thousand houses are partially destroyed, in addition to 862 thousand houses in which the infrastructure of electricity and water lines are damaged.
The study points out that the most affected city by the war in Syria is the city of Aleppo, where more than 450 thousand houses are destroyed, the countryside of Damascus comes second with more than 350 thousand houses destroyed, while Homs comes in third place with more than 200 thousand destroyed houses.
According to the World Bank president, Jim Yong Kim, the cost of rebuilding Syria is estimated at 180 billion USD, and that is only to get Syria back to the same level as before the war. The rebuilding of the infrastructure, schools and health clinics is a must in order to encourage refugees to return to their country.

The Contrast among markets at the liberated areas

The absence of real estate offices and brokers in the liberated areas, unlike the regime areas, created a state of ease in terms of renting properties and selling them, as there are no commission fees whatsoever, but on the other hand some areas are safer than others, which is an opportunity to control prices by submitting them to the desire of the owner of the apartment or property.

At a time where some house rents in Aleppo city is about 10 thousand Syrian pounds (20 dollars) a month, the house rent in Izaz area exceeds 150 USD a month due to the high security ratio there as it has adjacent borders to the Turkish ones, according to the correspondent of Enab Baladi. The same situation applies to many areas of Idlib province like Sarmeen, the city of Idlib, Darkosh and Harem, where the rent of an apartment in Sarmada is over about 250 USD at a minimum and a 100 USD in Darkosh.

How are houses rented in Aleppo?

In most liberated neighborhoods, there are people who know the owners of the houses available for rent, whom in turn are predominantly outside of these neighborhoods; either in the regime controlled areas or migrated to other provinces or countries, these people communicate with the house owners and offer them a tenant and what is he willing to pay per month and by so they reach an agreement. There is another section of closed houses that are opened (not by owners) and rented after an agreement with the liberated police to ensure that the household objects are not being tampered with or robbed, in other words, to ensure the property to their rightful owners.

It does not seem like the real estate market in Syria would abate over the foreseeable future unless the exchange rates are controlled, and the displacement of people is stopped, which have a high impact on this market, making the price control factor now in the hands of the owners of real estate offices, brokers and landlords, amid the absence of any law to control prices. Citizens are the major recipient of the shocks of this state of instability in the economy as a whole, making the real estate sector a real indicator of what have become of the Syrian economy and of the citizen at the same time.