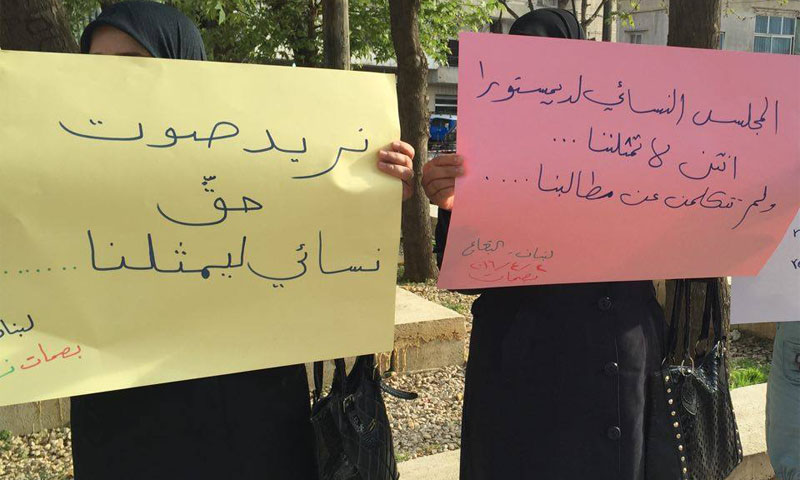 Women expressed their resentment of the council through banners they put up which said “The Advisory council of Mistura…you do not represent us and you have not spoken about our demands”, calling for a true representation of Syrian women “we want a true feminine voice to represent us.”

Women demanded the release of prisoners, lift of the siege, allowing the humanitarian aid and the cease of bombing, considering these to be their real demands.