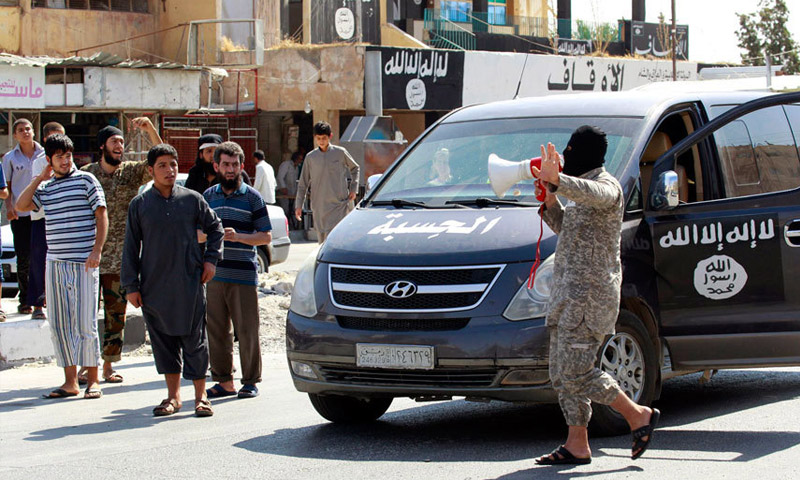 The Islamic State group has given residents of Raqqa until the month of Ramadan to remove satellite dishes from the roofs of their houses.

The Raqqa media activist Abu Sham said on his Facebook page on Wednesday, April 20, that the organization issued a statement calling on the people of Raqqa and its countryside to remove all satellite dishes from their houses before the month of Ramadan.

Abu Sham said that the hardline organization will form a council from its members to remove the dishes, adding that some residents had already begun the process.

The Islamic State group’s Dawah (Outreach) office distributed flyers to Raqqa residents at the end of March giving a list of 20 reasons why it was necessary to remove satellites in the city.

Among the reasons that the group listed in the leaflets, which bore the title “Why we must remove the dishes,” it said that the satellite channels “spread heresy, blasphemy, and polytheism,” while they “present images of infidels, their lives and inventions in a way that calls for admiration.”