More Casualties as Shells Fall on Regime Areas in Aleppo 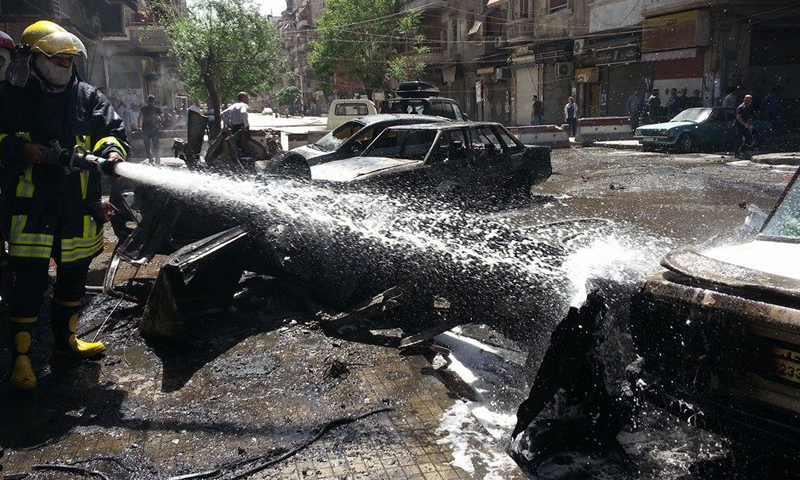 Three civilians were killed and others were wounded when rockets fell on the regime-controlled Suleimaniyeh area of Aleppo city, according to loyalist sources.

Local Facebook pages reported that two children were killed in addition to one man when the Suliemaniyeh district was stuck by the shells on the afternoon of Monday, April 25. Shells also hit the Mokambo, Hamadinyeh, and Seif al-Dowla districts.

The Syrian regime accused opposition factions in Aleppo of carrying out the rocket attacks on the regime-controlled areas, especially militants concentrated in the Buni Zeid district, but no faction has claimed responsibility for the bombardment yet.

The Aleppo Media Center reported that a child was wounded when surface-to-surface missiles fell on the opposition-controlled Zabdiyeh district in Aleppo, which also caused material damage.

The rest of the city’s districts remained calm until the time of writing after three days of escalation by Assad’s forces, during which dozens of civilians died.