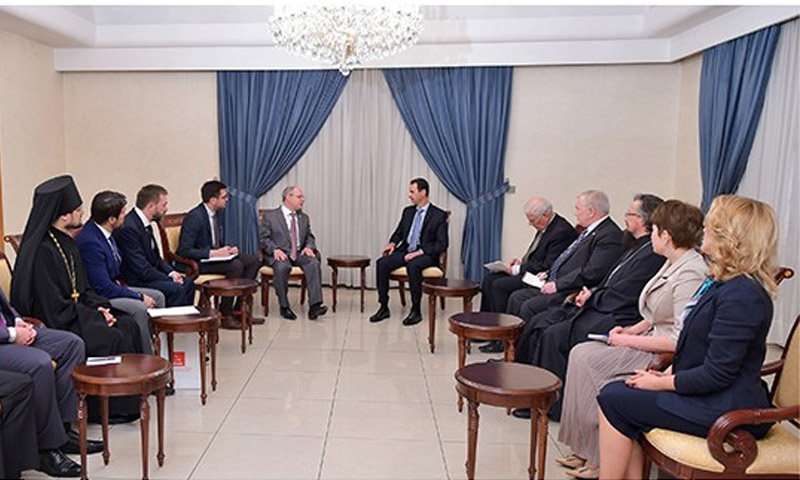 Syrian president Bashar al-Assad has offered assurances that the largest portion of the reconstruction contracts in Syria will be allocated to Russian firms.

The website Russia Today reported on Tuesday, April 12, that Dmitry Sablin, member of the Russian Federation Council on Defense and Security, quoted Assad as saying that “Russian companies will have priority in investment in the oil and gas sectors,” stressing the importance of economic cooperation between the two countries.

Assad indicated it was the desire of the Syrian people who wished for Russian companies to be present in the country’s reconstruction, the Russian official said, adding that it is up to the leadership to adhere to the will of the nation.

From his side, Russian parliamentary deputy Sergey Gavrilov said that restoring the ancient city of Palmyra will be possible with the help of Russian companies, adding that there were 100 temples that require restoration and rebuilding.

Russia and the regime have signed what is known as the “Amrit” contract for offshore oil exploration, development and production in Syrian national waters, over the next 25 years. The project is estimated to draw in over 100 million dollars in revenue, demonstrating the scale of cooperation between the regime and Russia behind the scenes of the military intervention.