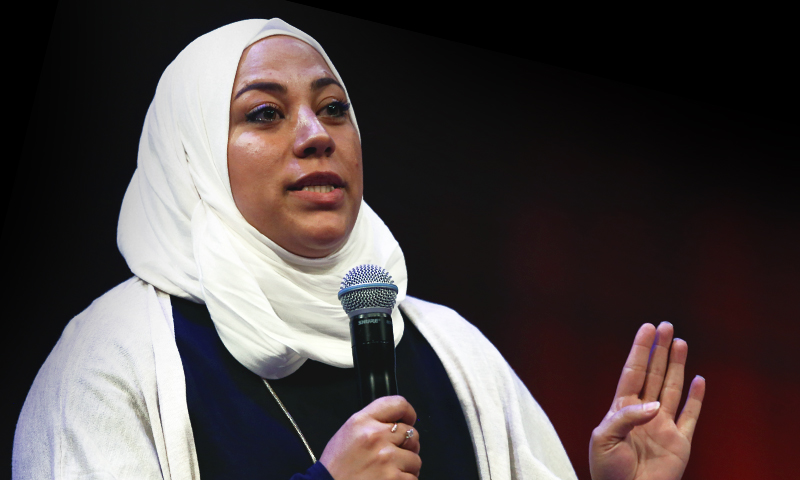 Enab Baladi co-founder stopped at Ataturk airport on return from London after receiving award for her work.

Turkish authorities stopped Syrian journalist Kholoud Waleed at Ataturk Airport in Istanbul while she was returning from London on Tuesday morning, March 15.

Kholoud had left Turkey to receive the annual Reach All Women in WAR (RAW in WAR) Anna Politskovskaya award in London on Saturday, March 12, for her work for Enab Baladi.

Authorities stopped the journalist upon her return for an expired Turkish residence permit, despite carrying an official receipt for renewal of residency and previously confirming with airport employees that she could return.

Airport security tried to expel Kholoud in the morning’s early hours, but brought her back from the door of the plane. Kholoud remains at the airport at this time as she waits for a response from Turkish authorities in the capital Ankara, but said she fears it could be delayed for days.

Born in the city of Daraya, Kholoud Waleed, 31, is one of the founders of the newspaper Enab Baladi and a member of its editorial board. She founded the news section and the correspondent network at the paper, and continues to work as an editor. She obtained a master’s degree in translation from Damascus university in 2010.