Turkey Prepares List of 25,000 Syrian Refugees to Send to Europe 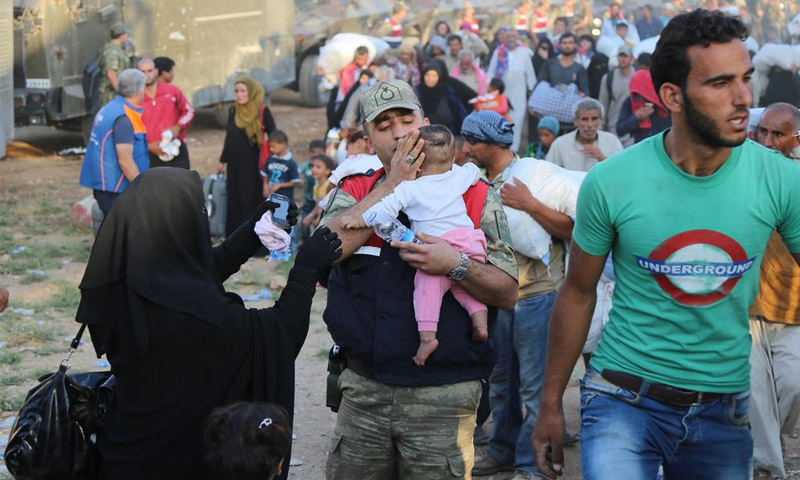 Refugees will be sent to Europe in exchange for migrants who traveled illegally from Turkey to Greece, according to Turkish foreign ministry

Turkey announced that it was preparing a list of 25,000 names of Syrian refugees to send to the European Union in light of the recent bilateral readmission agreement to stop the flow of illegal migration to the continent.

An official in the Turkish foreign ministry told the state-run Anadolu Agency on Monday that the list would be sent to the EU in exchange for illegal immigrants to be returned from Greece to Turkey.

Officials in the EU and Greece are expected to arrive in Turkey in order to work on the agreement, which provides for sending a Syrian refugee from Turkey to the European Union in exchange for every refugee returning from Greece after arriving by an illegal route.

A Turkish mission comprised of 18 Turkish observers arrived to the Greek island of Lesbos to help implement the agreement between Ankara and the EU around the refugee crisis.

About 50,000 refugees are currently in Greece, and reports say that more than 1,600 new migrants have arrived to the Greek islands since the agreement entered into force last Sunday.