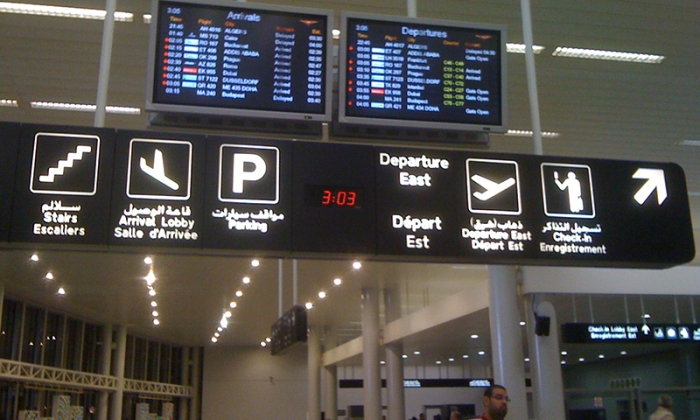 The decision by Lebanese security to restrict any Syrian travelling from Europe to Beirut’s Rafik Hariri International Airport who does not have a departure stamp from Turkish territory has raised questions about the aims and rationale of the move at this time.

A large number of Syrians travelling from Europe to Syria via Beirut have been prevented from entering Lebanese territory after authorities issued decision number 12397 on March 8.

The decision, which was announced in media loyal to the Syrian regime, prevents any Syrian or Palestinian-Syrian travelling from Europe and entering Beirut airport if their passport contains a Turkish entry stamp and no exit stamp.

The decision targets Syrian refugees and others who sought refuge in Europe via Turkey – meaning that they left Turkish territory by an “unlawful” route – and thereby prevents them from returning to Syria.

Recently, a small number of Syrians have given up their requests for refuge in Europe and decided to return to Syria because of the delay in processing their applications.

The reports have increased suspicions that the Syrian regime stands behind the decision in coordination with Lebanon’s General Security and the authorities of the Rafik Hariri International Airport, where local reports claim Hezbollah – Assad’s ally – has the biggest influence.

What makes these claims likely is that the decision was issued without explanation and did not specify the aims it was issued to achieve. Those heading to Syria and refugees in Europe are baffled by the move, saying it is “an attempt by the regime to crack down on those who leave Syria, and thereby prevent them from returning.”

Enab Baladi spoke with a number of Syrian refugees in Europe, especially Germany, who expressed a desire to return to Syria immediately after the situation stabilizes and the violence ends, in parallel with the political track in Geneva, because of the “tragic” situation they live in the countries of refuge, due to congestion and delay in reunification, screening, and other procedures.