Syrian Girls Begin to actualize their Dreams in Lands of Refuge 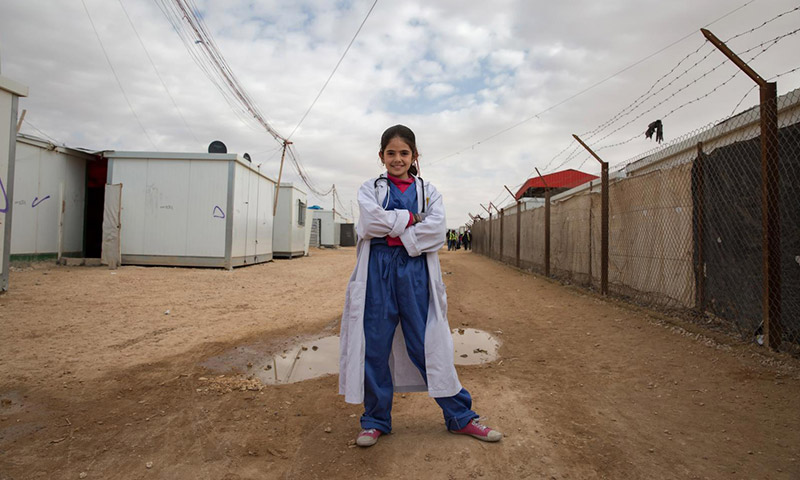 “From the time we studied the solar system in elementary school, I wanted to become an astronaut… I pictured myself in the sky discovering new things and seeing the world from a new angle.”

With this simple expression Hajat, a Syrian child of 12 years living in a refugee camp in Jordan, announced her desire to become an astronaut in the future despite everyone telling her that a girl cannot pursue this profession.

Hajat expressed her happiness about what she has arrived at and said: “Now after I have started to achieve my aims, I want to call on all small girls not to be afraid and to always talk to their parents about what they want to become in the future and why they want to pursue particular goals.” 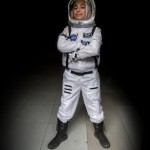 Hajat is one of many young Syrian girls living in the refugee camps in Jordan who the International Rescue Committee asked to pose as part of a project entitled “Vision not Victim.” “Vision not Victim” supports thousands of children from different nationalities, and helps them develop their skills to build a better future for themselves. Hajat and the other girls’ photographs were disseminated on the 2nd of February 2016. The Committee displayed the photographs of them wearing outfits that reflect their desired future profession. Amongst them was a doctor, an architect, a sailor, a teacher and a photographer.

Mountaha, a 12 year old from Syria, wants to become a professional photographer in the future. She said: “Since I was little I used to like taking people’s photographs and I was consistently 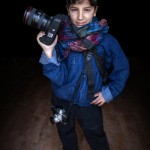 documenting what was happening around me whether good or evil. I am happy now that I have started on the route to become a professional. I will use my photographs to give others hope and encourage them to be loving and understanding.”

Ramah, on the other hand, wants to become a doctor to help patients and spread a smile on their faces according to her description. She is determined to pursue her decision, clarifying: “When I walked as a young girl in the streets in Syria or in Jordan, I faced many people who suffer from illnesses or were wounded. I always wanted to have the skill and ability to cure them. Here I have started this endeavourto become a successful doctor for my society and to lessen their suffering.”

Despite the pain that Syrian girls suffer inthe countries of refuge, they are struggling to remain alive in these new lands amidst difficult circumstances, exploitation, and being deprived of an education. The United Nations recorded that since 2011 around 4.6 million Syrians have been registered as refugees and amongst them 2.4 million are under the age of 17.