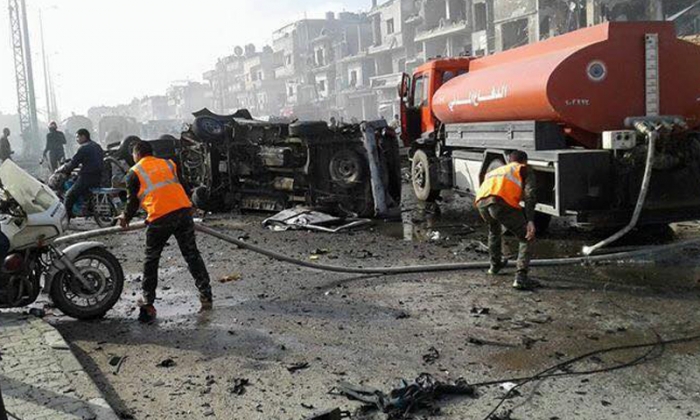 Residents of the loyalist Zahraa district in the city of Homs ejected Governor Talal al-Barazi and Interior Minister Mohamad al-Shaar during their visit to the district after bombings which killed about 50 residents.

Two car bombs rocked the Zahraa district in Homs on Sunday, killing at least 50 people and wounding about 100 others, continuing a series of bombings since the start of last year.

The loyalist Facebook page “Lions of Akrameh, street of civilization” published a video showing Barazi trying to calm residents of the district after the bombing as voices drown him out. One of those present tells him: “This doesn’t even happen in Karbala.”

The governor’s car can be seen departing, along with the interior minister, who does not appear in the video, amid collective cries of “the people want the downfall of the governor,” a chant that has become commonplace after bombings in the loyalist districts of Homs.