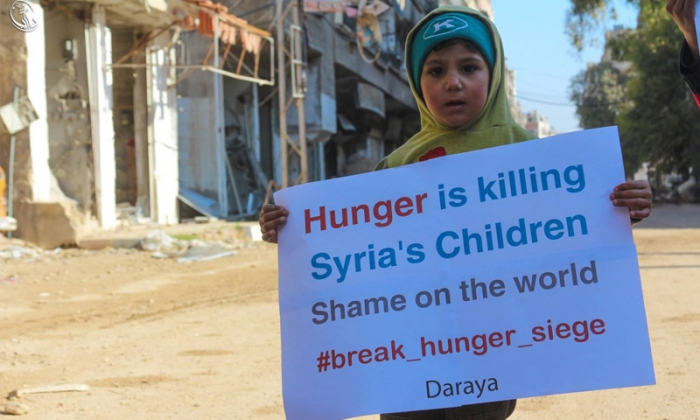 Opposition forces active in the city of Daraya in the western suburbs of Damascus made a list of trading prices to prevent monopolization and exploitation resulting from the siege imposed on the city.

The forces, represented by the local council, the Martyrs of Islam Brigade, and the Islamic Union of the Soldiers of the Levant, ordered all traders and buyers to adhere to the prices included on the list, saying the punishment for disobeying the list was two months’ imprisonment and the confiscation of goods, with a fine of twice the price of the goods if the violator was a seller.

If the violator was a purchaser, the punishment is a month’s imprisonment, and a fine of twice the price of the materials he purchased.

The forces said they would begin working with the list from Tuesday, February 16, and would work to implement it in cooperation with the general security center in the city, according to a statement.

With regard to foodstuffs, kilograms of burgul, lentils, chickpeas and rice were 900 pounds, while a kilogram of sugar is 1,300 pounds.

About 12,000 civilians in the city suffer from a lack of food and medicine as a result of the blockade which has been imposed by regime forces and its allies on the city for three years, and which strengthened its chokehold by cutting the city off from its neighbor Moadhamiyat al-Sham days ago.