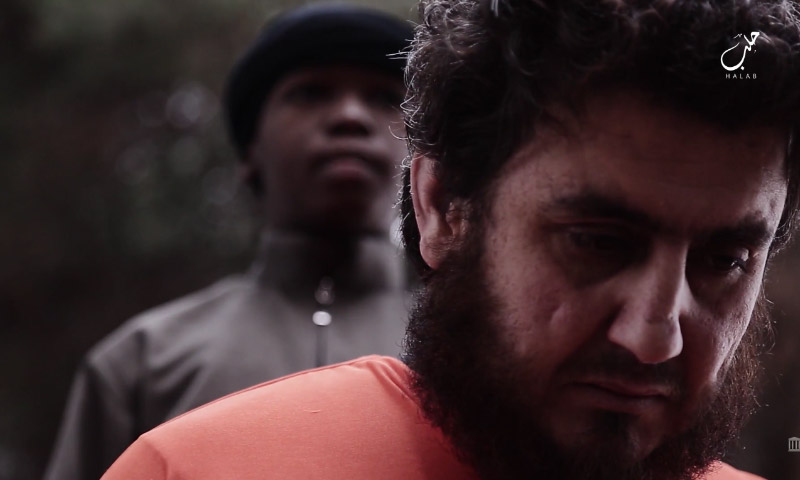 The video recording did not include a date, shows a child holding Tabshu’s neck in front of Tell Qarah Mosque in the north of Aleppo. The child takes Tabshu through the trees until he seats him on the knees. Then the child starts threatening United State in English, saying ‘America, we will exterminate you just like we exterminated Iraqi Sahwat. You cannot escape getting down the earth and the promise is set.’

Tabshu confessed before he was slaughtered. The recording mentions he was detained in village near Tell Izaz in north countryside of Aleppo. He confessed the operation room was working west of Tell Rifaat, ‘it gave GPS for the warplanes. American and Turkish warplanes would come directly to shell ISIS locations in Syria.’

Daily Mirror Newspaper said the child was probably one of Abu al-Dardaa sons, the leader of ISIS and was killed in 2014 by an American raid on Ayn al-Arab town.

Activists and supporters of ISIS declared Tabshu’s killing mid last October; however, ISIS published in the 11th issue of ‘al-Nabaa’ newspaper (ISIS newspaper) in 29 December a dialogue with Tabshu and his confessions.