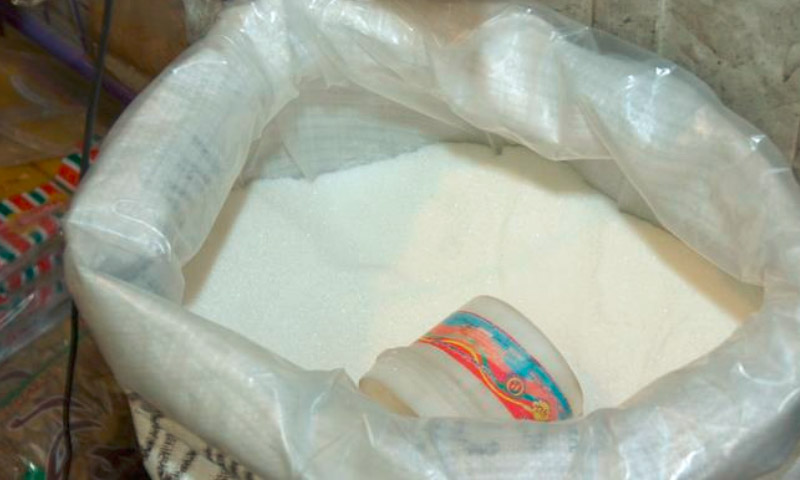 ‘I bought a kilo of sugar from one of the grocery stores for 2000 Syrian Pounds. Our financial situation does not allow me to buy more sugar.’

The words of Nazira Othman sums up the situation in cities and towns of Hasakeh Governorate in north of Syria.

There is a shortage of sugar in the market amid rise of prices. The population complains about the shortage of this very important food item.

Nazira Othman, from Qamishli in North Syria, told Enab Baladi, ‘traders control and exploit the situation. There are warehouses full of sugar in the city, but they deliberately hide it to increase their profit.’

Khalil Farhan, a wholesale shop owner in Hasakeh, said there are no supplies controls in the whole governorate. This paved the way for traders and capital holders to monopolize the sugar in the market and abuse the poor citizens who already have suffered a lot from the ongoing war.

Khalil added there are many ‘authorities’ in the governorate and these ‘authorities’ manage different parts of Hasakeh since it is divided between Assad regime, Kurdish administration, Arab and Syriac forces and none of them care about what the locals are going through.

Hasakeh is located in the eastern north of Syria and is populated by Kurds, Arabs, Syriacs, and Assyrians.

Each population has its own armed force in addition Assad regime forces are still present in security areas in Qamishli and Hasakeh whereas Islamic State controls the city of al-Shadadi in the governroate.