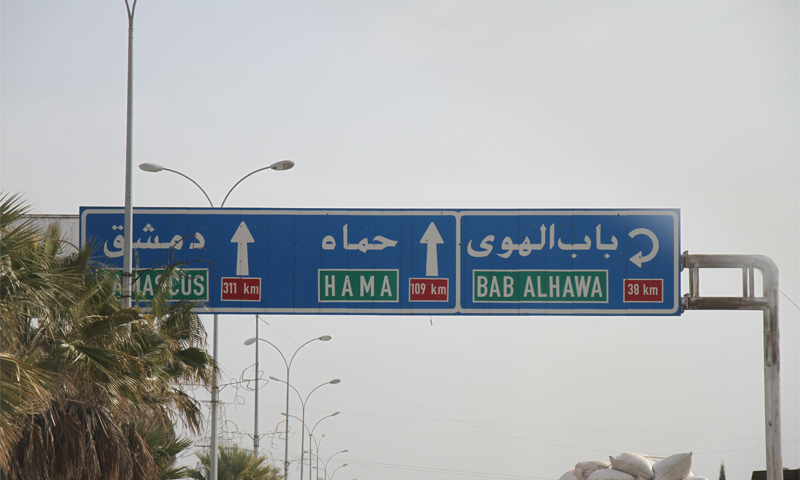 “There is no stable price to pass on this road. The price of passing varies depending on the guards on duty at the checkpoint, but you can pass if you pay more.” With that Muayed Al-Najar, a transport office owner in Saraqib in rural Idlib, summarizes the suffering passengers experience while passing from regime controlled areas to the ‘liberated’ north of Syria.

Muayed points out that main cause of the problem in the first place is the soldiers. They use their jobs at the checkpoints as an opportunity to make money. People cannot tell them they do not want to pay because from the regime soldiers’ perspective, by simply coming from the liberated areas to regime controlled areas, people are committing “a crime”.

Each checkpoint has its own pricing system

Speaking to Enab Baladi, Mauyad explained that the other part of the problems is that checkpoints have different pricing based on the checkpoint in question and the identity of the passenger. In that regard, a security memorandum was disseminated on all checkpoints on Hama-Aleppo route to the effect that people from Hama cannot enter or leave Hama. The practice seeks to pressure the Hama’s people because most of the passengers seeking to enter or exit Hama are the families of fighters present in the Syrian north. The same measures were put into effect on the many checkpoints set up on the entrances to the city of Homs.

The driver confirmed that when you pay, nothing is impossible with regime forces. “Simply, you can buy anything from them with money. I guarantee the safety of each passenger with me and I ensure that they arrive safely to their areas under one condition that they pay no matter the situation or the cost.’

The price changes according to the size of the vehicle and how many passengers are on board. For a vehicle with space for 30 passengers, the price ranges between 10 and 300 thousand Syrian Pounds based on the checkpoint. The soldiers also make drivers valuable ‘offers’. In return for paying double the regular asking price, the soldiers allow the vehicle to pass through the checkpoint without inspecting it or the passengers. Passengers usually prefer to take this offer. There are about 43 checkpoints distributed on the road from Hama to Saraqib. Travelling back and forth costs between 150 and 400 thousand Syrian Pounds.

According to Al-Najjar, the cost differs for young men. The prices change depending on whether or not they have documentation proving they have postponed their mandatory military service. “As any soldier can simply tear up the military postponement document and to guarantee your safety, you have to pay 60 thousand Syrian Pounds to leave Hama and the same for the return journey. However, in most cases the young men want to leave the city. In the process they face the danger of passing through city’s main checkpoint, Al-Sibahi Checkpoint.’

Other ways to avoid the problem

Anwar Salqini, a migrant from Hama, resides in Idlib. He considers using the microbus route dangerous even after paying bribes all along the route. As a result, he connects his acquaintances with truck drivers who convey merchandise into and from Hama. The drivers convey foodstuff to and from Hama, “so you can sit beside the driver and no one will ask you about anything because the price paid at the checks for trucks to pass includes a no inspection clause.”

Regardless of the suggested solutions, civilians moving back and forth to areas under the regime control is still very dangerous. Especially as civilians face the possibility of being detained which is the main source of concern for passengers.