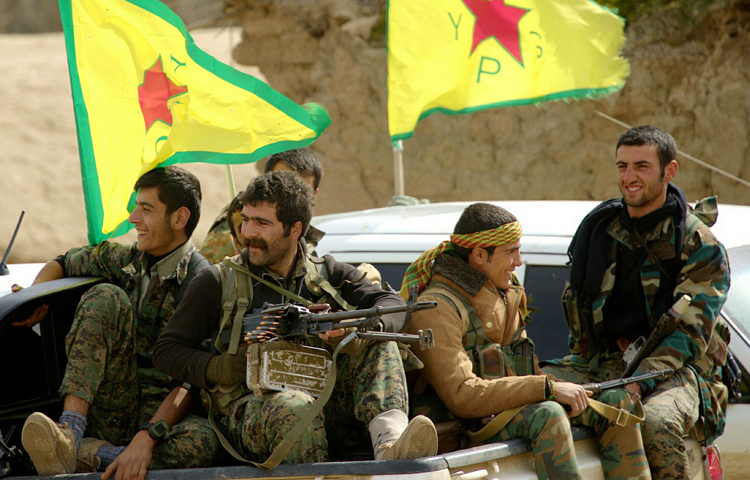 The Assad regime no longer holds a monopoly on mandatory conscription in Syria, after the Kurdish self-administration in the eastern region proposed a draft law requiring youth to join the People’s Protection Units (YPG), according to provisions and articles which somewhat resemble the Syrian conscription law.

The website for the legislative council of the Al-Jazira published the “duty of self-defense” draft law, which will be discussed in a Saturday, January 16 session.

The draft law includes nine articles defining “the duty of self-defense” as “compulsory service for males of the canton, between the ages of 18 and 30 years old, under the defense authority of the democratic self-administration,” adding that “self-defense is a social and moral obligation incumbent on all social elements.”

Mandatory conscription does not include women in the administered regions but they are authorized to enlist voluntarily for the nine-month active period to perform the “duty”.

The law exempts all those from families of “officially certified martyrs”, only children, the disabled, people with special needs and patients with chronic diseases in accordance with a certified medical report from the “military health council”.

Those who avoid conscription will be taken to the nearest point for “military discipline”. Provisions of the “military penal code” are applied to the perpetrator of “crimes and infractions” which occur during the performance of the “duty,” according to the draft text.

The similarity to the Syrian draft law appears clear in the monetary compensation article, as those original residents of the democratic self-administration areas who live abroad or carry foreign nationalities must pay 1,000 dollars during every trip, with the full amount not to exceed a “compensation” of 5,000 dollars. This excludes those who hold residency or nationality in neighboring countries.

The draft law provides a delay of a full year to students, renewed on condition of presenting required supporting documents and an academic certificate. It also includes a “temporary” delay for those who prove physically unfit. The draft allows the cancellation of the academic deferral for all those assigned a recommendation from the “defense authority” and the approval of the “legislative council”.

Local and international organizations have accused the YPG of pursuing a policy of compulsory conscription for the young men and women in the areas under their control, including Kurds, Arabs and other groups.

Kurdish activists meanwhile consider the conscription decision normal in light of the continuing danger posed by the Islamic State organization in the eastern regions.