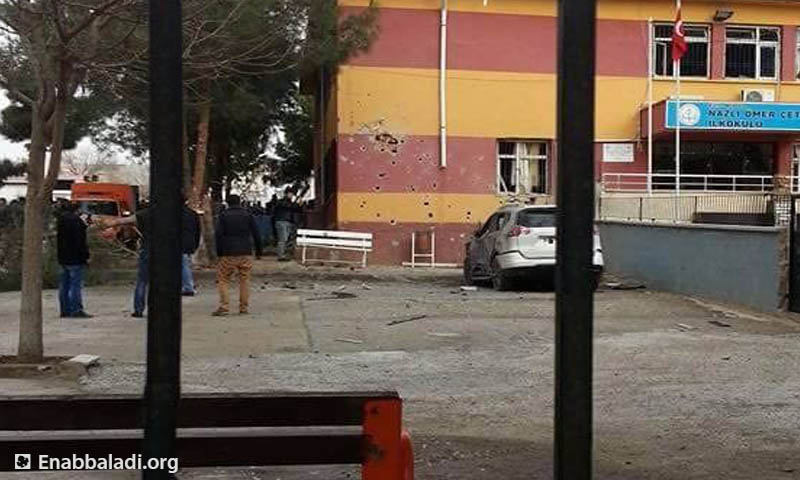 An explosive shell fell on a school in the center of the Turkish city of Kilis, on the border with Syria, killing and wounding a number of civilians.

According to Turkish sources in the area, the shell, which was thought to have been launched from Syria on Monday, January 18, struck the Eyup Gokce middle school, killing two Turkish teachers and wounding others.

Enab Baladi learned from eyewitnesses that the city was tense after the shelling, with congestion in the streets and attacks on some Syrian refugees there.

Kilis lies on the opposite side of the Bab al-Salama border crossing north of Aleppo city, and is home to thousands of Syrian refugees.

Opposition factions clash daily with the Islamic State group along the Syrian-Turkish border in the areas near Kilis, while nearby areas have also seen clashes between Syria’s armed opposition and Kurdish People’s Protection Units.