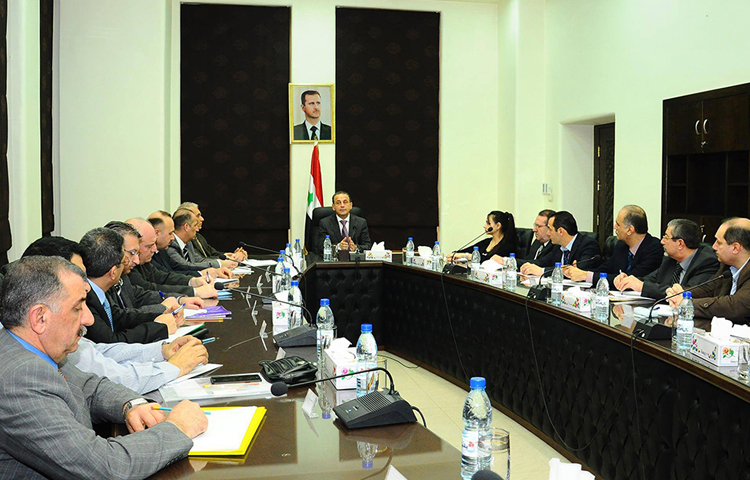 Early January, social media went viral talking about a death case suspected to be Swine Flu in areas under regime control in Syria due to the symptoms of the persons who were infected with the virus.

The Syrian Ministry of Health was silent. Doctor Majed al-Firdusi, works in Patients Support Association in the city of Aleppo, said, ‘most of the infected cases got the infection through inhalation from another infected human.’

Doctor (M.Kh), works in Aleppo Hospital, said, ‘few infected cases with the virus were documented in areas under regime control in Aleppo.’

He pointed out that there are 6 documented deaths due to the virus in addition to more than 30 infected, but we are not certain of the type of virus if its H1N1, H2N2, or H3N3.

Ministry of Health did not announce the deaths or infected cases nor did it announce the reason for the occurrence of the cases. However, symptoms of infected persons suggest ‘in a significant way that it might be a result of an infection with Swine Flu virus.’

The doctor added that the reason of the dispersal of the disease in Aleppo is that, ‘it can be transferred through countries through infected persons with the virus. It is no secret that there are individuals from foreign nationalities coming to Aleppo like Iraqis, Afghans, Russians and Iranians. Some of them might be carrying the virus and the virus transmitted in Aleppo.’

All types of flu are transferred through air and the respiratory tracts. It does not transfer through food.

Syrian citizens from regime-controlled areas as well as from opposition controlled areas think the outbreak of the disease has to do with the imported meat from Iran or Iraq.

Local media reports suggest, ‘that rotten meat and canned Iranian food products might be the reason for the outbreak of swine flu in regime controlled areas in Syria. Reports confirmed more than 30 infected cases with the virus in Iran last year.’

A number of local newspapers in Aleppo promoted that Iranian food products are the reason swine flu outbreak in Syria especially meat products.

Director of Martyr Udai Ab Hussein Hospital in Saraqib in Idlib countryside, Ahmad al-Assad, has refuted the proposition saying, ‘all types of flu are transferred through air and respiratory tracts. They do not transfer through food.’

There is no official information or statistics from the Syrian regime or from world health organizations about the number of deaths and infected cases.

A close source of Syrian Ministry of Health explained the silence of the Syrian regime regarding this issue, saying ‘it is known that any outbreak of an epidemic reflects badly on economy especially the tourism sector and food exports of the country.’

The reason for why the ministry did not address the spread of the Swine Flu virus in Syria, ‘announcing the outbreak of swine flu in Syria might stop foreign fighters from coming to Syria and fight on the side of the regime in case they heard of deaths or if they were certain of the outbreak of the virus in Syria.’

Locally, announcing the news of the spread of the virus might cause collective migration from areas controlled by the regime or panic among the public that might end in chaos.

The source considers the regime’s silence regarding the issue, ‘a fear of causing anxiety for travelers between Syria and other countries or hinder migration, since confirming the outbreak means procedures and tests for comers from Syria who travel to other countries.’

Pro-regime media outlets documented 4 deaths and tens of infected cases with H1N1 in Latakia, a city on Syrian coast. They said it is because of the outbreak of the swine flu virus in the city under regime control.

Ammar Ghanam, Health director in Latakia, negated, during an interview with al-Haber TV (pro-regime TV), that the infected cases received at public and private hospitals are related to swine flu or bird flu and he said, ‘the cases are severe respiratory infections.’

F.M radio station, close to Syrian regime, confirmed through several medical sources in Latakia that tens of cases were received in hospitals and the cases are related to swine flu. The radio station said 4 deaths were documented at least in Latakia hospitals.

Swine flu outbreak in Syria is still not acknowledged by the Ministry of Health in regime controlled areas for many reasons.

Nonetheless, death cases were confirmed in Syria again after the first appearance of the virus in 2014.

Syrian Ministry of Health announced back then that the death cases reached 39, whereas suspected cases of infection with the virus were 117 during March last year. Afterwards, the disease disappeared and Syria did not have any infected cases until the end of last January.