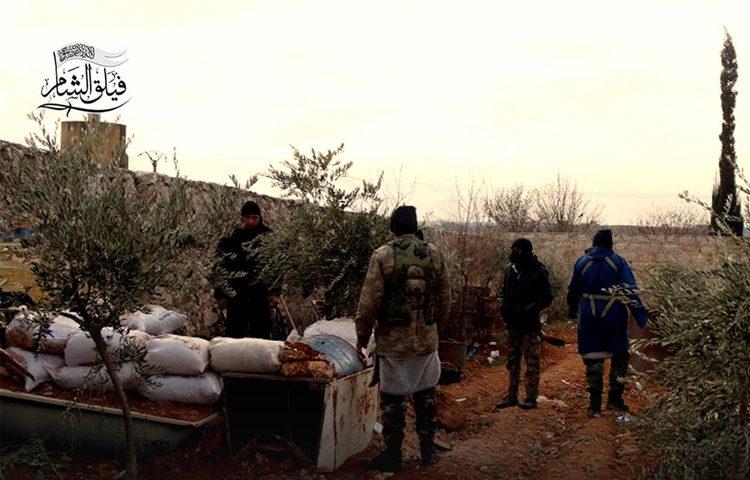 FSA fighters drive out Islamic State militants from Baghedeen, days after capturing a number of villages along Aleppo’s border with Turkey

The Free Syrian Army’s Marea Operations Room announced it has regained control over the village of Baghedeen in the northern Aleppo countryside, as part of the operations room’s campaign against the Islamic State group in the area.

An Enab Baladi correspondent in Aleppo reported that the operations room was able to expel the group from the village of Baghedeen on the morning of Wednesday, January 13, two days after it also captured the villages of al-Khorba, Karah Mazraa and Kara Kobri, which all lie north of Aleppo on the border with Turkey.

In the announcement of the operation room’s establishment in August 2015, fighters said their main aim was to expel ISIS from Aleppo and to fight the Assad regime.

The operations room includes a group of Free Syrian Army factions, most prominently the Northern Front, Sham Legion, the Sultan Murad Brigade and others.

Its operations against ISIS began immediately after its formation and it has since captured a number of villages, namely Dahla, Harjala, Baragheedeh, and Huwar Kilis.

ISIS controls a number of villages and regions in the northern Aleppo countryside, while their presence constitutes a threat to the opposition’s main cities there, specifically Marea and Azaz.