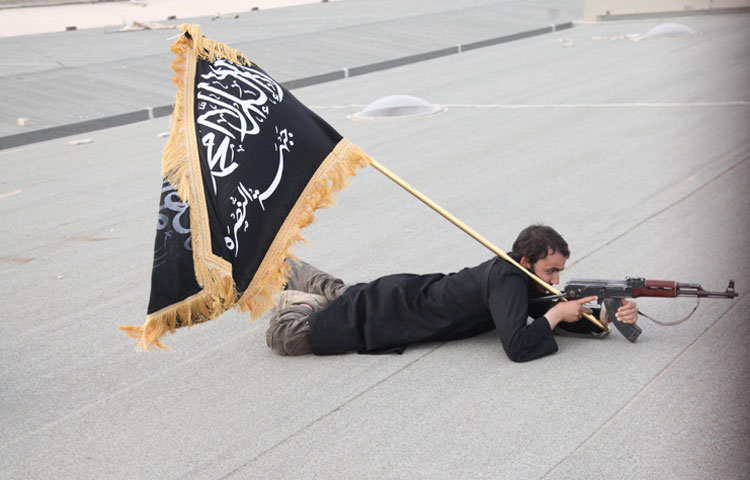 The first stage of liberation was characterized by the absence of state in Lattakia Countryside along with the disappearance of NGOs and institutions. Legislative scholars tried to fill the gap and they were interested in Sharia matters. They started to coordinate with the Unified Judiciary in Aleppo. The Unified Judiciary in Aleppo had a pioneering role in the judicial experience in liberated areas because of the population density in Aleppo. A group of jurists and legislative scholars in Sharia from Lattakia visited Aleppo and they sent Sharia judges to train for there a week and see how courts work in Aleppo. They subsequently declared the founding of the Sharia board in the Coast according to Sheikh Khaled Kemal, one of the Sharia scholars working in the board.

Immigration of Judges from Lattakia Countryside

The Sharia board was established in Bidama at the end of 2012. It included 30 percent legalists and 70 percent of Sharia scholars because of the shortage of judges who defected from the regime or the number of those present in liberated areas.

Sheikh Khaled Kemal says, ‘At the beginning of 2013, councillor Khaled Shabib was active in providing training courses for judiciary in Gaziantep in Turkey to qualify judges and grant them degrees that would allow them to serve as judges in the liberated areas. The Sharia board sent judges from Bidama to attend to these courses. The Sharia board was tackling only civil matters such as marriage, divorce, and death. The board did not work on issues of penalties, felonies, and crimes. Its work was more reformative and limited to expressing disapproval as much as possible.’

According to Sheikh Kemal, ‘During that time and after founding the Sharia board, special courts established by brigades became widespread. Every brigade formed its own special court and factions would use these courts to set up trials amongst them.’

He pointed out that, ‘The Sharia board demanded the brigades provide an executive power to be able to function and impose its stature over people. Back then, the brigades provided independent forces for the board to use, but in people’s perspectives the board remained dependent on the military. People considered it ‘biased’ as well.’

ISIS attempts to fail Sharia board work in Lattakia Countryside

The Sharia board continued to function until the middle of 2013. During this period the board’s work was in conflict with the judiciary of ISIS. A conflict arose between the two over one case. As a result, ISIS assassinated one of the board’s judges and threatened the remaining members. Hence, the board was forced to stop working in the middle of 2013 according to the testimony of Sheikh Kemal.

A lawyer, who refused to disclose his name, adds, ‘after that, Islamic courts, monitored by extremist factions, spread in the Coast. Most of these courts’ judges were non-Syrian nationals. Their names are neither known nor their scientific qualifications.’

However, at the end of 2013, brigades gathered and decided to establish a courthouse supported by an effective executive power. It was established at the beginning of 2014 in al-Najeyeh area. Al-Nusra Front controls this area. A jurist comments, ‘al-Nusra Front took the responsibility of establishing judiciary when it saw that the other brigades neglected it especially after the withdrawal of ISIS from the Coast.’ The jurist adds, ‘al-Nusra Front’s judges were highly qualified in Sharia science.’ Legalists were completely absent from these courts.

Another Sharia board was established in Bidama City in which judges and jurists worked. A number of brigades sponsored this board; however, the force controlling it was Ahrar ash-Sham and it judged only in civil matters and implemented the Islamic Sharia.