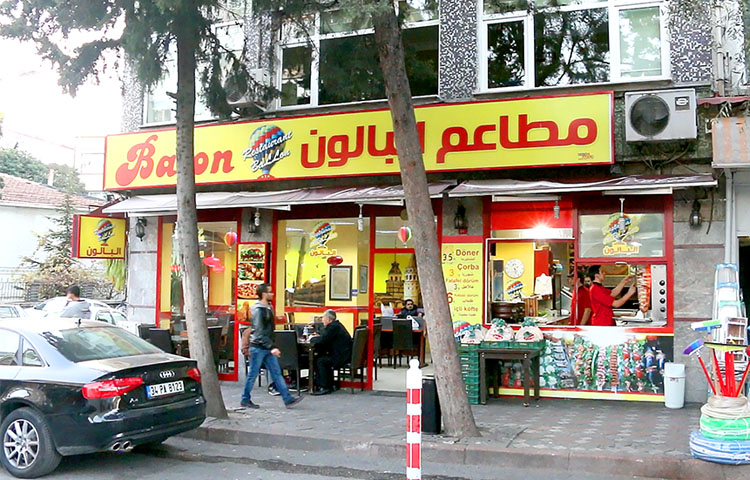 It seems nothing can stop Syrians from boarding death-boats and immigrating to Europe through the Aegean Sea. It is possible they are right in choosing immigration to Europe in spite of dangers on the road and the possibility of death whether traveling on land or through the sea. The situation in Syria is getting worse every day and the number of Syrian immigrants has increased especially those coming from Hama Countryside, Idlib Province, and Aleppo, places where Russian warplanes have been striking civilians and opposition forces since last September.

Turkey adopted an “Open Door” policy since four years and thus far received approximately two million Syrians, now live near the Syrian-Turkish borders and in other Turkish cities. Syrians found in Turkey what they lost because of the war. The Turkish government offered facilitations to reduce difficulty of living in a different society with a different language. The language barrier is considered the most prominent challenge facing Syrians in Turkey since the outbreak of the revolution.

Al-Arabi Aljadid news website published the results of a survey conducted by Turkish Red Crescent in Sanli Urfa (a Turkish city near the Syrian border) between January and February 2015. 78% of the 327 Syrians surveyed stated they neither want to leave Turkey, even if they had a chance to travel to any other country, nor return to Syria. The report indicated that the average income of the Syrian family living in Turkey is between 20 and 29 Turkish Liras daily which equals 10 U.S. dollars and each household pays between 200-500 Turkish Liras for rent in Sanli Urfa.

The number of Syrians living in Turkey is estimated to be around 1.8 million. Only 11% of Syrians live in refugee camps and the rest live outside the camps in different Turkish cities. Istanbul is ranked first in hosting the biggest number of Syrians followed by Sanli Urfa, Gaziantep and Hatay district in southern of Turkey.

Nevertheless, a major change took place a couple of months after the survey was conducted. Syrians started immigrating and crossing the sea in search for a place to settle in after they suffered from difficulties of living in Syria’s neighbouring countries. Europe started receiving Syrian refugees and refugees from other nationalities claiming to be Syrian nationals in order to take advantage of the benefits Syrians receive in Europe, since asylum is granted for Syrian nationals upon arrival in any country of the 27 European Union countries, in addition to housing, protection, education, and other benefits.

These benefits offered to Syrians arriving in Europe led to a booming in human trafficking both by land and sea smuggling roads which were filled with refugees facing very hard conditions traveling through borders, forests, train stations, leading to over occupation of refugee camps. However, attitudes toward refugees’ influx to Europe changed fast because of the big numbers coming and the claim by European countries that the numbers are beyond their capacity.

Turkey is better than Europe

The change in attitude towards Syrian refugees in Europe caused many Syrians in Turkey to rethink about the idea of immigration after seeing what happened to their fellow refugees who made it Europe, specifically the delay in assignment to camps which led some refugees to sleep in parks, sports halls, or even on the streets. Add to that the challenge Syrians faced due to lack of proper documentation. All of this led Syrians in Turkey and other countries to ask themselves: Is immigration to Europe worth the financial and emotional risk.

Tarek (25), a young Syrian, who works in one of the Syrian restaurants in Istanbul, totally rejects the idea of immigrating to Europe. He witnessed and saw what happened to his friends. He is financially settled because of his job and he neither thinks of changing his job nor of moving to any other country.

Ahmad (21), who has just arrived in Germany a month ago, shares the details of his journey through Greece, Macedonia to Croatia until reaching Germany. He said he did not imagine it would be this hard. Despite the cold weather, he had to sleep on the streets with his travel mates whom he met on the boat. “I am not settled yet. I did not register to obtain the residency. I have been sleeping in a basketball hall for months. I paid three thousand dollars to reach Berlin. I think of returning to Turkey and moving on with my life there,” he added.

Ahmad asserts there are many young Syrians who are leaving Europe and returning to Turkey due to feeling desperate about settling there.

Employers are looking for employees in Turkey

The Syrian youth migration from Turkey to Europe has affected Syrian business owners, capital investors, craftsmen, and traders trying to re-establish their businesses in Turkey. Those Syrian business owners found Turkey to be a fertile ground for investment, especially in Turkish cities where most Syrians relocated. Some invested in real estate while others invested in restaurants, services, and other sectors.

Those employers are struggling to find Syrian skilled labour in various sectors despite the great exodus of Syrian young men. The reason is that Syrian youth consider Turkey a transit country from which they move to Europe. This has led to their inability of sustaining any employment in Turkey.

Abu Ziyad is a Syrian restaurant manager in Istanbul. “I do not know why young men immigrate to Europe specifically. I think Syrians are living well here, and we hire Syrians, but we struggle to keep our young employees because they leave the job and we are surprised of how much they dream about going to Europe,” he said.

Abu Ziyad could not keep an employee in the Shawarma (famous Middle Eastern dish) section because all employees have immigrated to Europe. Therefore, Abu Ziyad advertised for the job with a note saying, “We want an employee who does not want to immigrate to Europe.”

Jihad al-Ahdab, owner of a grocery company, told Enab Baladi that most Syrians struggle with government procedures related to authorization to establish businesses in all sectors because tourist and investor residency permits are not easy to obtain.

He as an investor in Turkey had to go through a registration process that lasted for two years in order to obtain a residence permit and an authorization to establish his business, however, he was not granted work permit yet.

He adds: “it is not easy to get a work permit in Turkey. Most Syrians struggle with this issue and that is why you find a lot of Syrians working illegally.” Al-Ahdab considers the language barrier and the high cost of living in Turkey to be top reasons for why Syrian labour immigrates to Europe.

Muaaz, another restaurant owner in Istanbul, calls upon Syrian youth to consider before leaving Turkey. He said: “One day we will return to Syria. In fact, I do not think about immigrating to Europe although I can afford the trip cost. Europe and Germany specifically are not heavens and learning their languages is not an easy thing to do.” He calls upon Syrian youth not to immigrate to Europe because many young men reached Europe and then returned to Turkey because they found it difficult to integrate and adjust in the European societies.

According to Al-Arabi Al-Jadid newspaper, data from the Federation of Chambers of Commerce and Stock Exchanges in Turkey showed a 18.12% increase in the size of companies founded in Turkey during the first half of 2015.

Throughout the summer of 2015, Europe witnessed huge influx of Syrians and Iraqi refugees coming through Greece. The United Nations stated in a report that Syrian immigrants presented more than 270 thousand asylum applications to European states. “This is the biggest refugee population from a single conflict in a generation. It is a population that deserves the support of the world but is instead living in dire conditions and sinking deeper into abject poverty,” said UN High Commissioner for Refugees António Guterres.

“Worsening conditions are driving growing numbers towards Europe and further afield, but the overwhelming majority remain in the region,” Guterres added. “We cannot afford to let them and the communities hosting them slide further into desperation.”

The UN Refugee Agency faces difficulties due to lack of funding to cover Syrian needs. The organization and its partners requested a sum of 5.5 billion U.S. dollars for the year 2015 for humanitarian aid, however, only a quarter of the sum was acquired. According to UNHCR, “This means that refugees will face an additional cut and interruption of food aid which will make them struggle to cover medical services’ expenses that saves their lives and struggle to send their children to school.”

Russia started launching air strikes against “terrorist” targets at the end of last September 2015. Russia’s targets were ISIS and al-Nusra Front. The Syrian armed opposition accused Moscow of shelling its forces. The violence caused by the airstrikes which targeted civilians led to an increase in Syrian exodus towards Turkey. The UN registered more than 24 thousand refugees last June coming to Turkey from northern Syria and Tell Abyad, a town in Raqqa governorate.

Therefore, the increase in violence and the Russian intervention and International coalition airstrikes, in addition to fervent battles between Syrian regime and opposition forces, have all caused growing numbers of Syrians to flee Syria and take refuge in Turkey and Europe.

Syrians seeking refuge in Europe usually go to certain countries hoping for a fast reunion with their families and because of the quality of medical and educational services in these countries. A recent report published in 2015 by the Democratic Republic Studies Centre revealed the reason of increased Syrian asylum applications specifically in Germany and Sweden. “It is because of the presence of family members and relatives in those two countries who explained the asylum advantages for the new immigrants. Those families also wanted a reunion with their families (new immigrants) in the European Union.”

The report also states that “On the other hand, Sweden is ranked first in the number of asylum applications because it adopts a facilitation policy towards refugees and offers tempting advantages for refugees that entails empowering refugees and integrating them in Swedish society.”

As for Asylum applications in Germany, there are facilitations for Syrian refugees in providing care, rights, and humanitarian protection. Also, Germany accepts all asylum applicants even those who have registered in other European countries as part of its policy of providing facilitations for asylum seekers and illegal immigrants.

According to the Democratic Republic Studies Centre report, Syrian children migrating to Europe using sea boats make up to 20% of migrating families. On the other hand, minors without a guardian make up to 3.5% of the total migrating children from all nationalities. Also, Syria is ranked second following Afghanistan in the total number of nationalities who arrived to Italy through Mediterranean in 2014.