Local councils in Syria, Subsidiarity and Mechanisms An interview with Osama Natoof, Head of the Local Council of Rif Dimashq Governorate 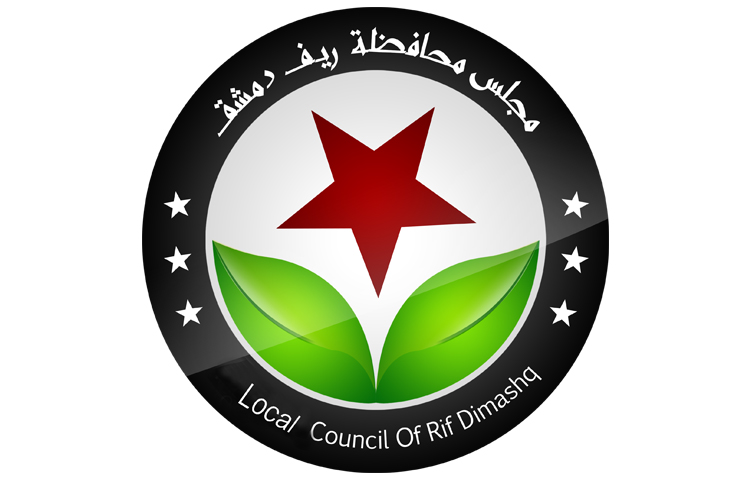 Since the beginning of 2013, revolutionary groups in some cities and towns that have been liberated by the armed opposition started to take an organized form, by the name of “local councils”, to substitute governmental councils which were managing the affairs of these places. These small local councils started to gather recently to form bigger governorate councils such as the Governorate Council of Aleppo or Idlib.

In an interview with Enab-Baladi, Eng. Osama Natoof, head of the Local Council of Rif Dimashq Governorate, which has been formed recently, last May, determines the mechanisms of these councils and their subordination, and clarifies some unresolved issues.

Local councils are civil organizations that do not relate to military issues nor to fighters. They are concerned with providing people with the necessary requirements, and they try to procure the infrastructure in liberated areas. They constitute an alternative to the regime’s government and departments in liberated places.

As for their subordination, I speak here specifically about the local council of Rif Dimashq Governorate, which has been elected locally in a semi-democratic way as all the local councils in Rif Dimashq elected or appointed representatives in the general authority, which in turn produced the Governorate Council. The governorate council elected an executive office and a chairman for it. So these councils, in fact, draw their legitimacy from getting revolutionary projects off the ground. They work administratively under the Ministry of Local Administration, Relief, and Refugees in the Temporary Government.

The local councils, for sure, can represent people on ground and reflect the revolutionary reality, but they are not the only representative. There are military brigades and NGOs that support the Syrian revolution. They are not enlisted under local councils but there is a kind of coordination and cooperation between both sides.

I totally agree with you in that there is a kind of sterility and pessimism because of the many bodies and names. As the poet said: “The misplaced titles in a kingdom… are like the cat when it fakes the roaring of a lion.”There are revolutionary fronts here and coordinations there… But now with the existence of the Interim Government, we are trying to organize our work completely. We need this work to be organized and subordinated by the Governorate Council. The Governorate Council should include all the secondary local councils … we need the work to be hierarchal, administrative, institutional, and whole after three years of the revolution.

In fact, there is a directorate related to the Ministry of Local Administration called “The Directorate of Elections,” whose function is to connect with other governorates and to try to form a governorate council for them to manage their affairs. However, some military and political disputes might be reflected on ground and might hinder or delay the formation of this body, which is supposed to be a unified entity that represents the governorate in terms of service.

I will give you an example from Al-Hasakah. Unfortunately, each liberated area, however small, has three local councils, according to the political and military affiliations in the area. Every council refuses to melt in a unifying pot that would form a governorate council. These disputes should not affect the formation of these councils and their work. We are not a political set or a military set. We just care for providing civil services exclusively.

We have a plan in the Governorate Council of Rif Dimashq to accommodate the staff of the local councils on ground and to employ 1000 people who belong to the local councils at home only in Rif Dimashq. We are working to increase this number to 1500, whether in relief offices, general relations offices, media offices, or project offices. We exclude medical or health offices (field hospitals), doctors and nurses, and the educational offices (teachers), although we try to employ them, but under the authority of the Ministry of Health and the Ministry of Education in the Temporary Government.

Authenticating every financial document that has been spent is one of the basics of our work, be it from the donor organization or the entity to which it has been exchanged. But when somebody wants to see you as wrong, he will see that, even if he were blind. That is why we do not seek to satisfy all people. The work of the Governorate Council is open to the Finance Office, the donor organizations, and the Temporary Government.

We do not justify our work to every entity which requires that. But if there was a revolutionary entity that is really seeking truth, we deal with it and disclose the required information. We sometimes reserve data because the regime is still controlling some places or because some people work in the Ministry of Local Administration while still having relatives residing in regime-occupied areas.  There is some confidential security data in some documents, but they are known to the Finance Office and to the Ministry, and they are authenticated in a satisfactory manner.

Local Councils should remain in their framework of service, and they should have a political body, which is the Coalition, that dominates the area and legislates for it. The local councils should not be elevated to a small temporary government status in the areas they represent.

The work of a local council should be in service, and should leave policy to its experts. We have a lot of reservations concerning the Coalition because it is divided. We hope that the next few days will witness the formation of a unified revolutionary body, be it political or military, to represent the Syrian revolution.

Our goal right now is to achieve justice among people in Rif Dimashq in distributing what we receive from the Temporary Government or the donor organizations, whether in cash or as in-kind assistance.