“Economy under Siege”: Necessity is the Mother of Invention 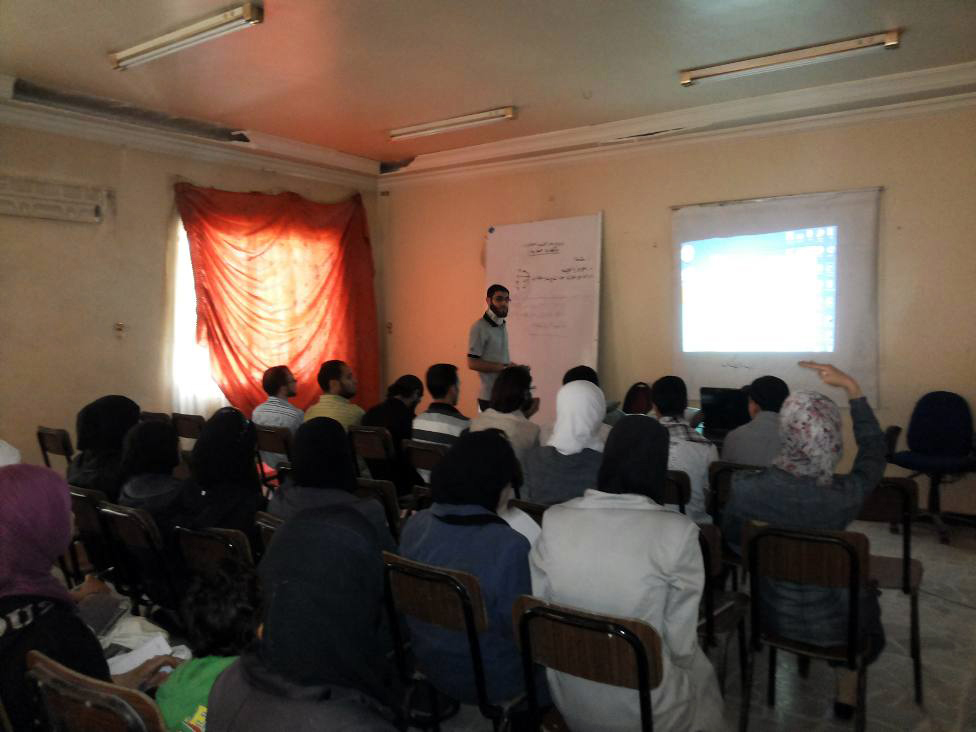 Douma– An event entitled “Economy under Siege” has been rounded off on Thursday, 26th June which was organized by a “women now” training center at Douma city located in the eastern suburb of Damascus. The event had included lectures discussing reasons and solutions for the economic problems and living conditions experienced by the besieged areas.

Lecturers tried to motivate those with the expertise to be presented to society in an interactive way. Add to that, the field visits we’d made during energy lectures to explore how to collect methane gas and use it. Also, the lecture of physical therapy, delivered by the therapist Abu-Sulieman Alhamwi, had directly implemented his lectures’ ideas on one case of people with special needs”.